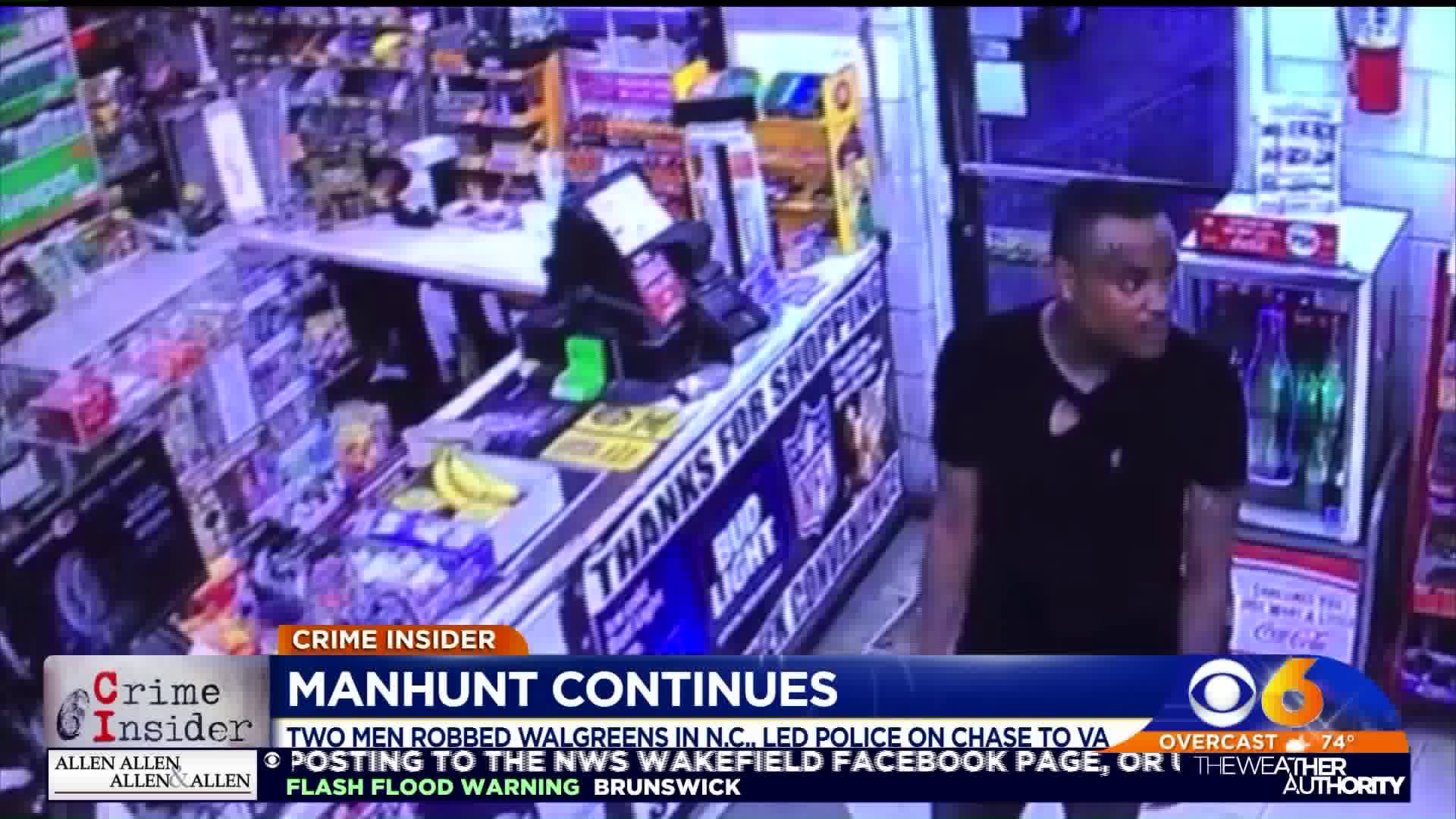 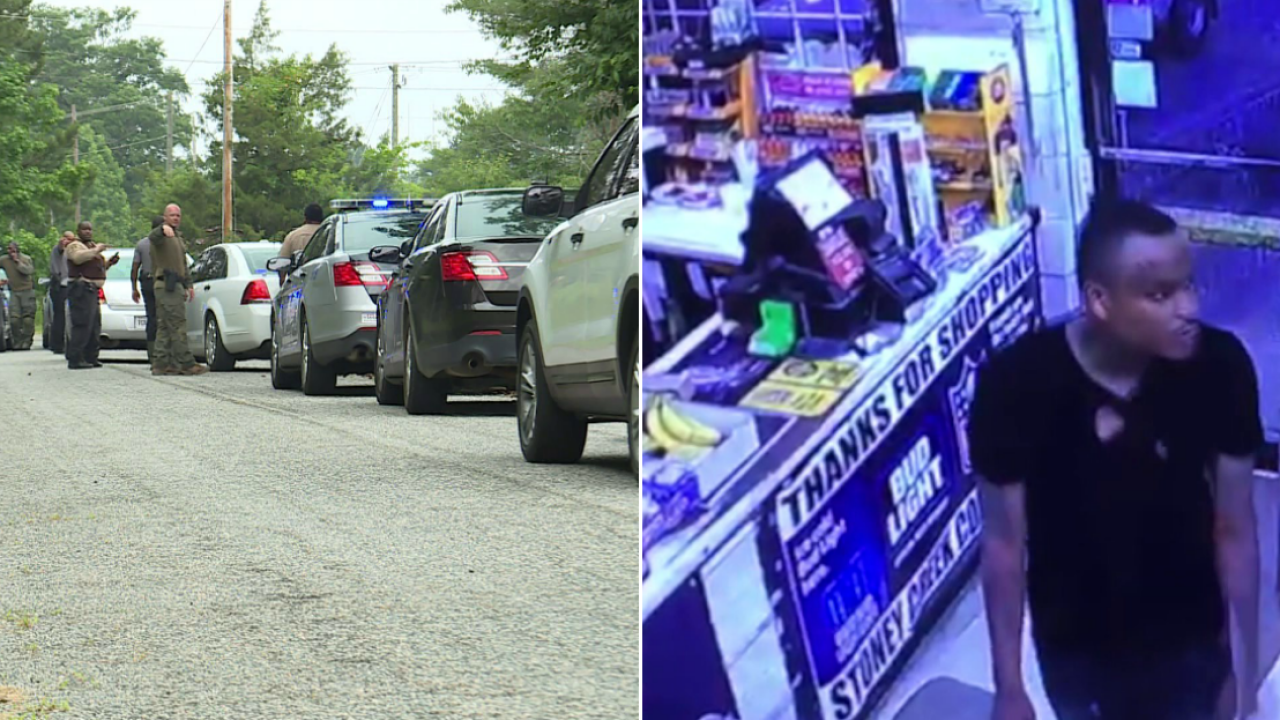 PETERSBURG, Va. -- A search continued on Monday in Petersburg for two men who robbed a North Carolina Walgreens.

While the boots-on-the-ground search ended in Sussex, the two men, presumed to be armed, are still on the run.

North Carolina police hope two other men, already captured, will reveal the identity of their friends.

On Friday in Sussex County, troopers raced to round up felons on the run. And on Monday deputies continued to investigate.

"It's crazy. You wouldn't really expect it around here,” said Kevin Maynard, whose ten-year-old son’s bike may help the investigation move along. One of the Carolina men stole it and rode it to a Stoney Creek convenience store where he waited around, bought a new T-shirt, and caught a ride to another store before being captured.

"They're just holding it for evidence to see if it has fingerprints or something,” said Maynard.

Rocky Mount, North Carolina police confirm that Damico Morrow and Kayvon Griffin were captured after a police chase into Virginia stemmed from an armed robbery at a Walgreens in their jurisdiction. The only description thus far is someone wearing a black hoodie and wearing a black mask.

Deputies and troopers thought they had a solid lead on a third suspect Friday around noon, but the search turned up empty.

Crime Insider sources say the men most likely caught a ride over the past few days, with one source saying that he may have made his way towards Petersburg.

Rocky Mount police say the men stole an assortment of pills from Walgreens.