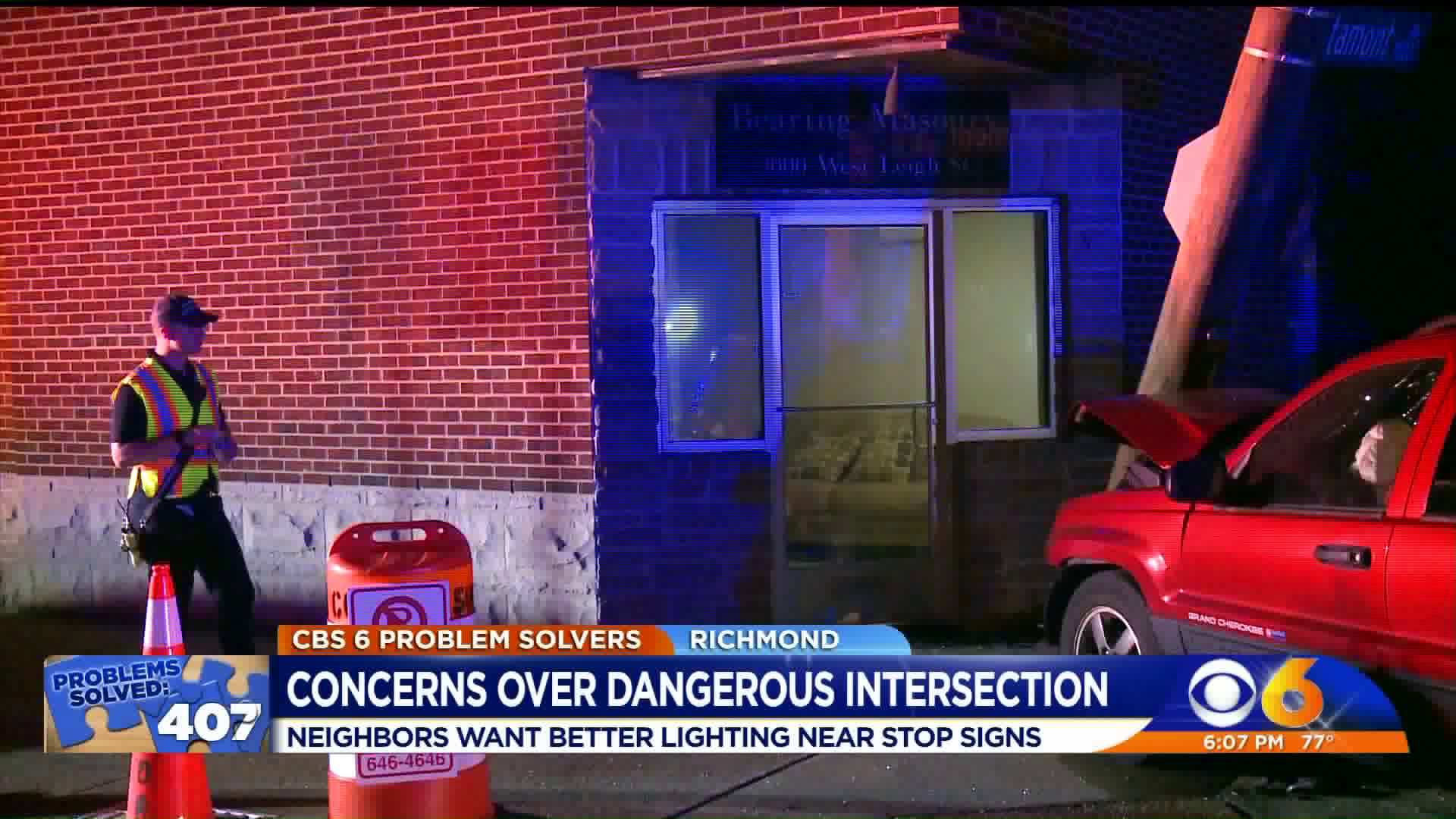 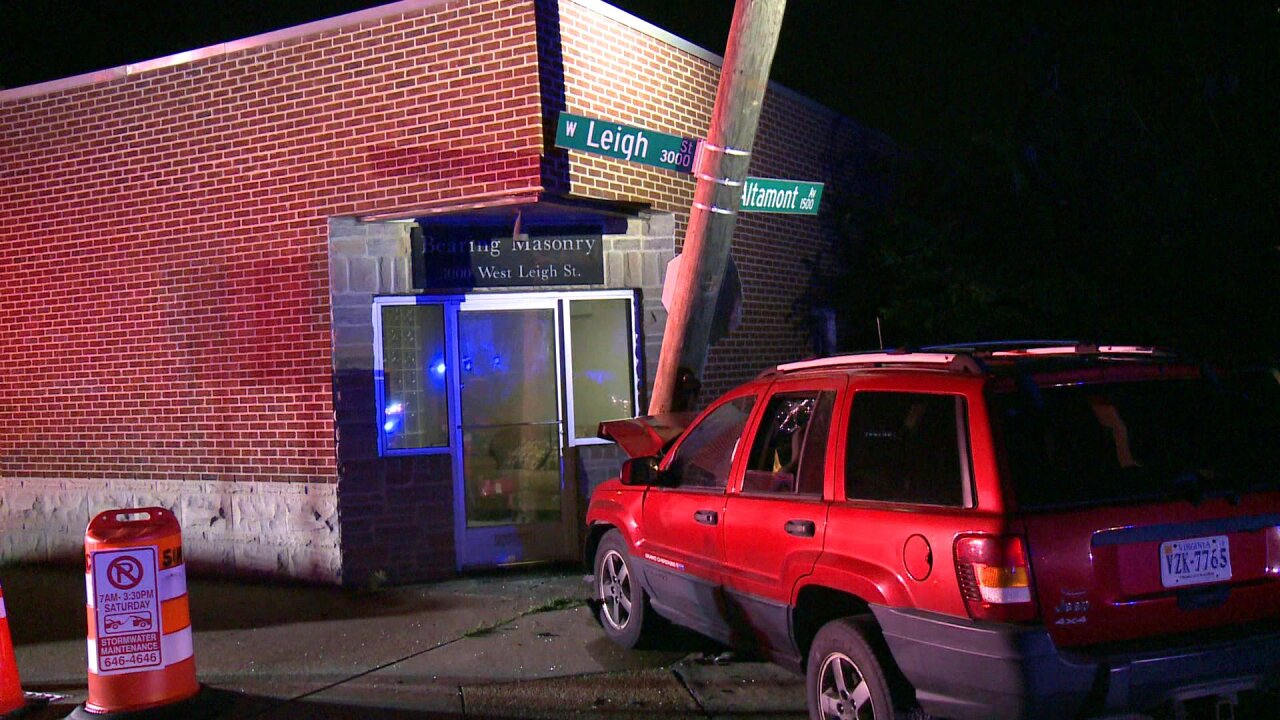 RICHMOND, Va. -- Emmanuel Artis was in his Scott’s Addition studio last week when a noise stopped him in his tracks.

Artis ventured outside to West Leigh Street and Altamont Avenue and saw a jeep crashed into a power pole, killing electricity to the neighborhood.

“I came out to find flashing lights. A lot of people in the street,” said Artis.

For Artis, it was a “here we go again” moment.

“When I moved here, I almost got in a wreck and there have been three wrecks down on the other end,” he said. “This street is very dangerous; I tell people to be careful in Scott’s Addition because people drive crazy.”

In this crash, police said another driver blew through a stop sign and hit the jeep, and pushed it into the power pole.

It’s a scenario Artis and others in the neighborhood said they’ve seen play out too many times.

He and others believe the growth in Scott’s Addition brings added traffic to the former warehouse district. They believe better lighting is a must.

“The general area around here, the stop signs, the roads, they’re dangerous. They need to be better lit up and the signs need to be more visible. [Crashes are] a common occurrence out here,” said another concerned neighbor.

CBS 6 Problem Solvers took their concerns to Councilwoman Kim Gray. She said she too believed a combination of infrastructure needs is making travel dangerous in the neighborhood.

She’s working with the Scott’s Addition Boulevard Association to make sure the mayor and city administration understand how pressing the concerns are for better lighting, signs, sidewalks, and parking.

So far, Gray said none of the improvements she has asked for received funding in the 2020 budget.

Until changes are made neighbors will continue to keep their fingers crossed that nothing tragic happens.