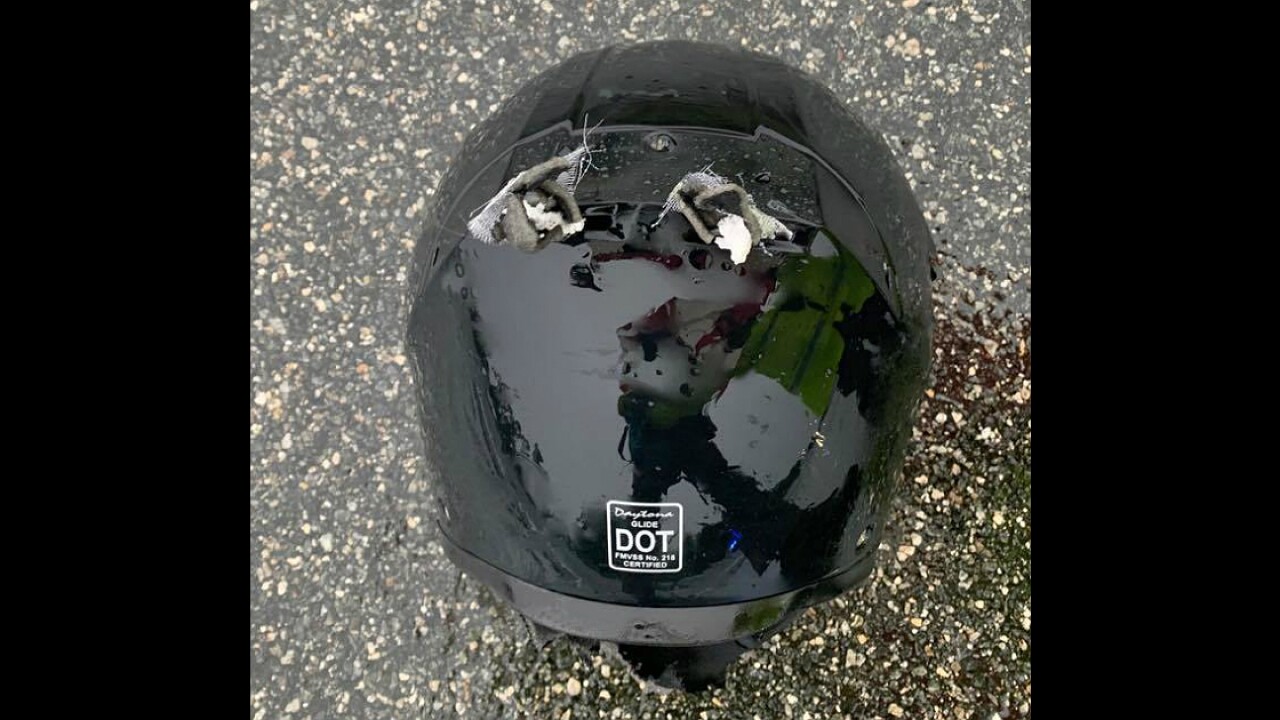 VOLUSIA COUNTY, Fla. -- A man was killed after he was struck by lightning while riding his motorcycle on Interstate 95 in northeast Florida.

The 45-year-old man was traveling south on I-95 around 2 p.m. Sunday when he was struck, the Florida Highway Patrol reported.

Lightning shattered the cyclist's helmet, officials said. He swerved into the median and was thrown from the vehicle.

Authorities haven't identified the man, from Charlotte, North Carolina. He died at the scene.

The department tweeted a photo of the man's helmet, punctured by the strike.

Lightning killed 47 people in Florida between 2008 and 2017, the highest number of fatalities of any state. Widely considered the lightning capital of the U.S. for its sheer density of flashes, the state's heat, humidity and sea breezes from its dual coasts make severe weather events more likely.