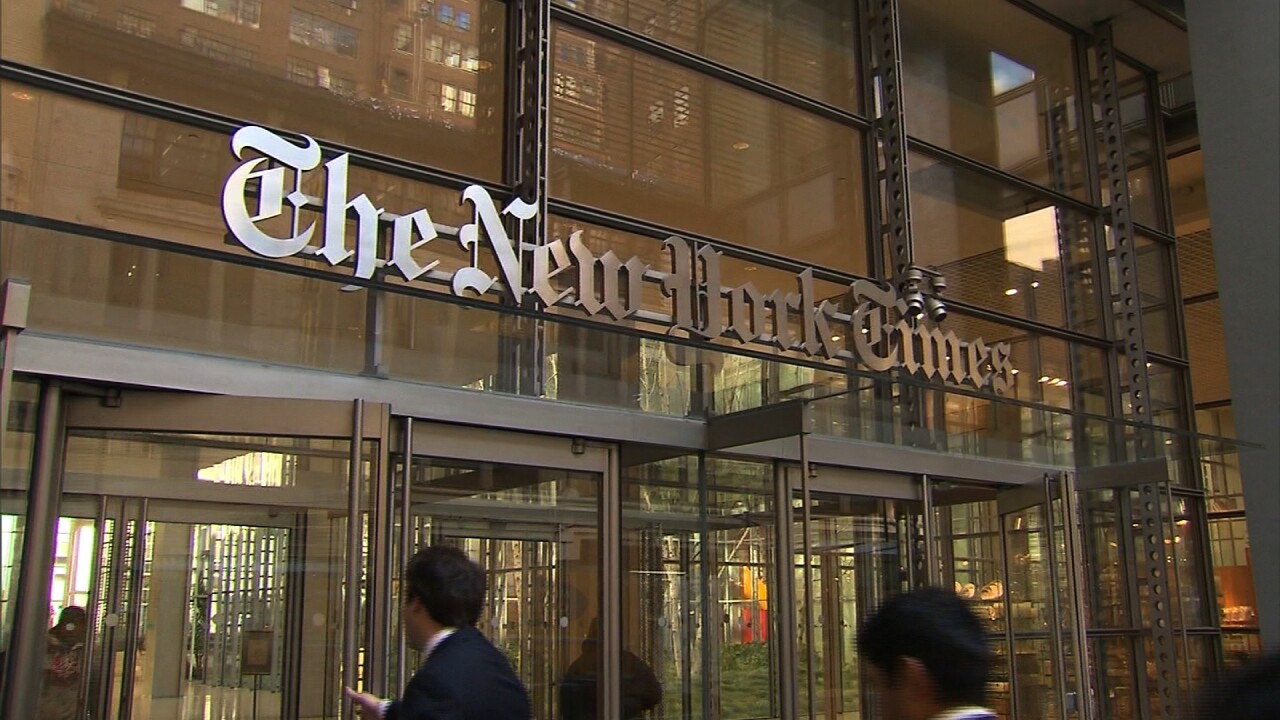 A month and a half after The New York Times errantly published an anti-Semitic cartoon in its international edition, the newspaper has decided to do away with editorial cartoons altogether.

The decision was revealed when one of The Times’ cartoonists, Patrick Chappatte, published a blog post linking the paper’s decision to the recent controversy.

But James Bennet, the editorial page editor, said the decision was being contemplated well ahead of time.

He pointed out that the version of the newspaper that most readers see, in the United States, doesn’t carry cartoons.

“We’re very grateful for and proud of the work Patrick Chappatte and Heng Kim Song have done for the international edition of The New York Times, which circulates overseas; however, for well over a year we have been considering bringing that edition into line with the domestic paper by ending daily political cartoons and will do so beginning on July 1st,” Bennet said after CNN Business asked The Times for comment on Monday.

“We plan to continue investing in forms of Opinion journalism, including visual journalism, that express nuance, complexity and strong voice from a diversity of viewpoints across all of our platforms,” Bennet added.

That includes graphic narratives — like comic-strip-style series “Welcome to the New World,” about a Syrian refugee family. The series earned The Times its first-ever Pulitzer Prize for editorial cartooning in 2018.

“We intend to do more such work and hope to collaborate with Patrick and Heng and others on such projects in the future,” Bennet said.

Chappatte was not immediately reachable for further comment. But in his blog post on Monday, he recounted the “widespread outrage” that erupted in April — which had nothing to do with The Times’ in-house cartoonists.

The anti-Semitic illustration of Israeli Prime Minister Benjamin Netanyahu and President Donald Trump came from a syndication service. It was drawn by Portuguese artist António Moreira Antunes, who later told CNN that he does not believe the image evoked hateful anti-Jewish stereotypes in any way. But numerous journalists and activists said it was reminiscent of Nazi propaganda. The Times apologized and announced a series of actions, including “disciplinary steps” with the editor who picked the cartoon and the end of syndicated cartoons in the international edition.

Chappatte wrote Monday, “I’m afraid this is not just about cartoons, but about journalism and opinion in general. We are in a world where moralistic mobs gather on social media and rise like a storm, falling upon newsrooms in an overwhelming blow.”

Still, he said, “I remain positive. This is the era of images. In a world of short attention span, their power has never been so big.”

He said visual commentary and humor are needed more than ever, but news outlets need to “stop being afraid of the angry mob.”

There was some anger about The Times’ decision visible on Twitter on Monday.

Ann Telnaes, an editorial cartoonist for the Washington Post, called The Times “feeble” for cutting Chappatte. She said she contacted the paper to cancel her subscription “because they dropped all editorial cartoons.”

https://s3.amazonaws.com/cnn-newsource-image-renditions-prod/MEDIA_POLITICAL_CARTOONS_NEW_YOR/S110392780_thumbnail.JPG
Copyright 2020 Scripps Media, Inc. All rights reserved. This material may not be published, broadcast, rewritten, or redistributed.