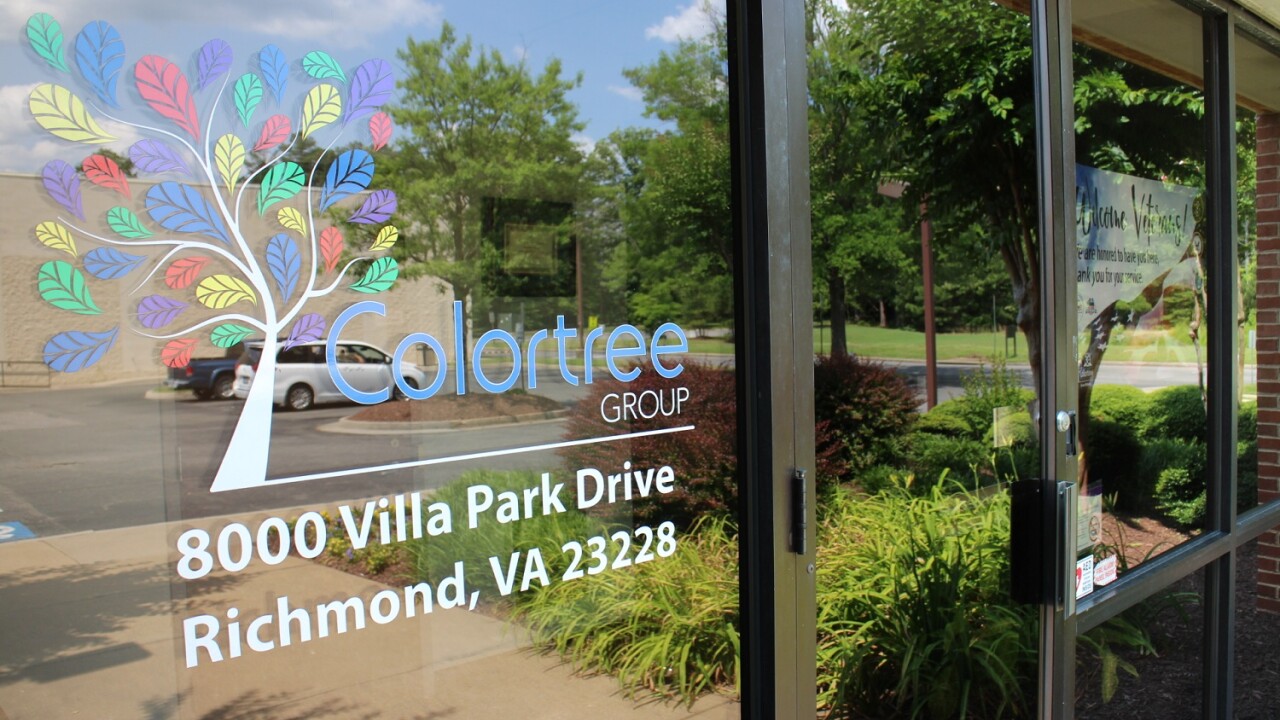 Colortree has 21 days to respond to the suit. (BizSense)

HENRICO COUNTY, Va. — A local printing company’s abrupt closure last week has prompted a class-action lawsuit brought on behalf of its more than 200 former employees, many of whom said they were not paid as expected Friday for days worked prior to the closure.

The lawsuit against Henrico-based Colortree Group was filed Thursday on behalf of Terry Kennedy, a prepress operator at the company for three years, and all other employees who likewise lost their jobs as a result of the closure June 3.

The suit alleges Colortree violated the federal Worker Adjustment and Retraining Notification Act and the Virginia Wage Payment Act by not providing the approximately 240 employees with 60 days’ written notice of their terminations, as the WARN Act requires. It seeks to recover that amount of lost wages and benefits per plaintiff, as well as employees’ accrued vacation time and other compensation owed.

Colortree has 21 days to respond to the suit, which was filed in the U.S. District Court for the Eastern District of Virginia. The case is assigned to senior judge Robert Payne.