Beyond Meat’s stock is on fire right now 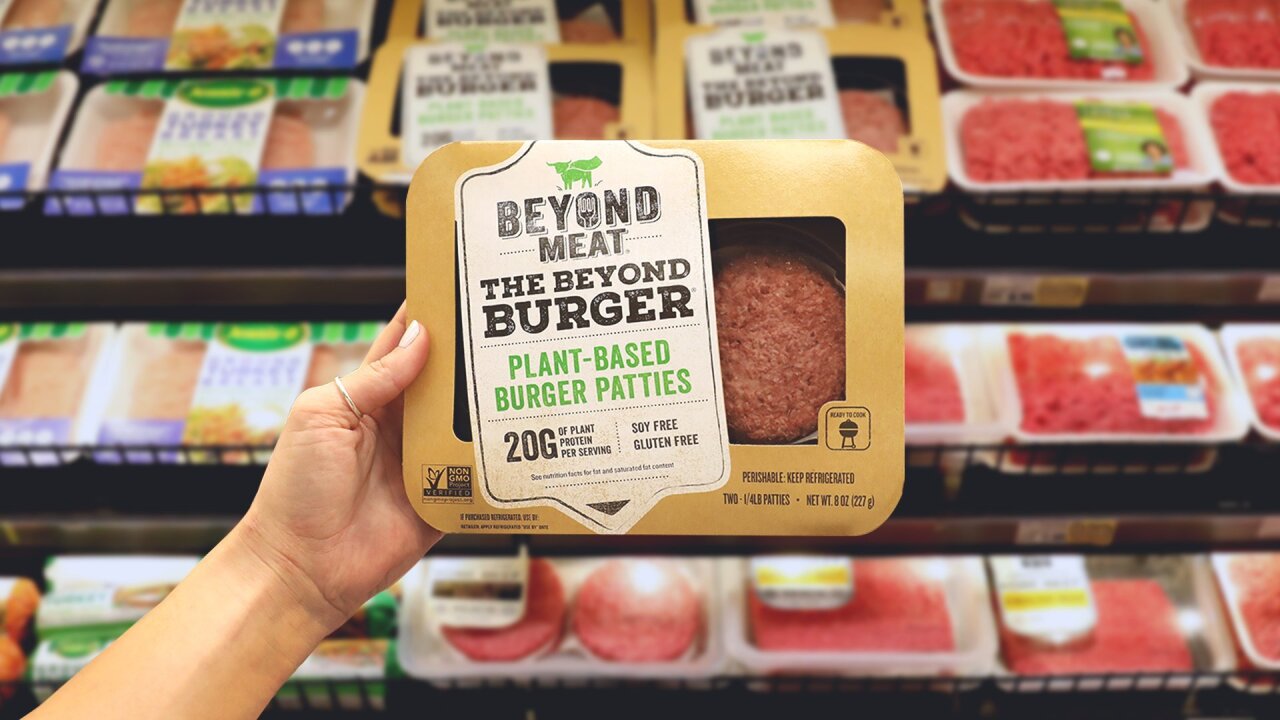 Shares of Beyond Meat (BYND) have rallied 69% since Thursday’s close. The company reported strong earnings on Thursday.

Shares of Beyond Meat have rallied 69% since Thursday’s close. The company reported strong earnings on Thursday.

What’s more, Monday’s closing price — $168.10 per share — was nearly seven times higher than the stock’s IPO price of $25. Beyond debuted as a public company in early May.

The company, which makes plant-based protein, has a ton of momentum. People are looking for realistic alternatives to meat as a way to diversify their diets or reduce their environmental footprints. Vegan products like Beyond’s are designed to appeal to meat eaters and mimic the taste and feel of real meat.

The company’s sales have proven that there’s demand. Beyond reported last week that its sales reached $40.2 million in the first quarter of 2019 — up 215% from the same period a year before.

It expects overall revenues to exceed $210 million this year, up more than 140% compared to last.

Beyond has found success by selling its product in major groceries and partnering with restaurant chains. Tim Hortons, for example, announced in May that it is testing Beyond’s sausage patty in three of its breakfast sandwiches.

But the company has also gotten a boost whenever rival Impossible Foods announces new partnerships.

Impossible has been struggling to meet the high demand for its product, suggesting that as interest increases in Impossible, more customers may turn to Beyond, as well. On Monday, when Beyond’s stock rallied 21%, Impossible announced that it was expanding its Impossible Whopper partnership with Burger King to more than 100 locations in the San Francisco Bay area.

Analysts like Jefferies analyst Kevin Grundy, have also said they think Beyond’s value could grow even more if it starts working with a major chain, like McDonald’s.

The fast food company hasn’t yet decided whether to introduce a plant-based protein item to US menus. But it already sells a meatless burger in Germany, and CEO Steve Easterbrook has said he thinks the trend is here to stay.

https://s3.amazonaws.com/cnn-newsource-image-renditions-prod/BIZ_BEYOND_MEAT_STOCK/S110389207_thumbnail.JPG
Copyright 2020 Scripps Media, Inc. All rights reserved. This material may not be published, broadcast, rewritten, or redistributed.