Thanks to DNA sleuths, a Jane Doe killed 37 years ago might finally get a headstone with her name on it 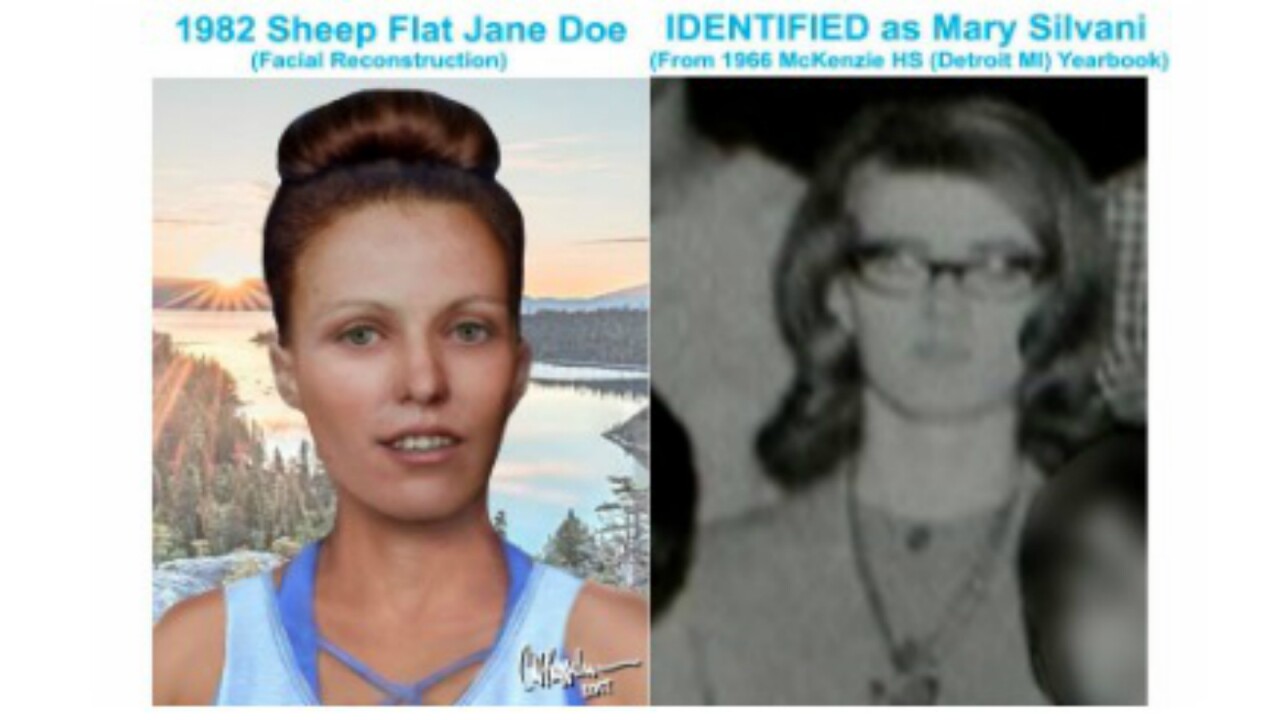 RENO, Nev. – For 37 years the woman’s remains have been in a lonely, nameless grave at Our Mother of Sorrows Catholic Cemetery in Reno, Nevada.

Police knew almost nothing about her, just that she was found shot to death near Lake Tahoe in 1982. And no one had been looking for her.

But with the help of DNA sleuths, who used samples from the crime scene, the Washoe County Sheriff’s Office was able in the past year to find some closure, identifying the victim and the suspect, whose names they announced Tuesday.

“This is an incredible story, and I am extremely proud of the work done by everyone who took part in this case over the past three decades,” Sheriff Darin Balaam said.

The woman was Mary Silvani, who grew up in the Detroit area, moved to California and was probably estranged from her family. She was 33 when she died, dressed for a fun day by the water, her bathing suit underneath a T-shirt and shorts.

Her body was found near a popular hiking trail on the Nevada side of Lake Tahoe. With authorities unable to identify her or her relatives, she was buried in an unmarked grave.

He was James Curry, who spent time in prison in Texas and ended up in California. Authorities believe he killed a husband and wife who owned rival storage units. When he was caught, he told police about another body in one of his storage units.

While he awaited his murder trial in 1983, he tried to take his own life and died from injuries days later. He was 36 years old.

It is unknown whether Silvani and Curry knew each other, whether he took her to the lake that day, or whether he came upon her by chance.

A lecture on forensic genealogy changed the case

Authorities originally thought Silvani, who had no ID, was born in Europe based on “unique dental work” and an inoculation scar, Balaam said. They compared her DNA, fingerprints and dental records to hundreds of missing women who were physically similar to their victim.

They were no matches, and no one who knew Silvani filed a missing person’s report.

She became known as Sheep’s Flat Jane Doe, a name given to her based on the trail where she was found.

The trail to finding her killer was cold for many years.

The case had gone on so long detectives who followed it had retired. And until five years ago the sheriff’s department didn’t have a unit that focused on cold cases.

Seventeen months ago, some of the detectives from the sheriff’s office went to a convention where they saw Colleen Fitzpatrick of Identifinders International and the DNA Doe Project lecture on forensic genealogy.

Fitzpatrick said they came to her about the case, even before this kind of DNA detective work made a splash by helping to solve the case of the Golden State Killer.

“You have to credit the sheriff’s department for some forward thinking,” she said.

Authorities announced Tuesday they had used DNA to learn the names of Silvani and her killer.

Authorities last year sent DNA from the victim and the suspect, found on the Silvani’s body, for genetic testing. Genealogical sleuths from the DNA Doe Project used a DNA database called GEDMatch to identify family members of the victim. They tracked down her parents and learned they had only one daughter.

Silvani had been fingerprinted after a 1974 misdemeanor arrest, and the victim’s prints matched.

Still, they needed to identify the killer to close the case.

Research on the suspect’s DNA showed he was the grandson of a couple in Texas, but there was a twist. Researchers learned the suspect’s father and mother had a son out of wedlock and she raised him under a different name.

Once they narrowed it down to Curry, his two children were asked if they would provide DNA samples. Those tests proved the link between Curry and the killing, authorities said.

“If everybody had not done their job as this went along, this case never would have been solved,” Detective Kathleen Bishop said.

A spokesman for the sheriff’s office, Bob Harmon, said there has already been conversations about placing a headstone with Silvani’s name on it at her grave.