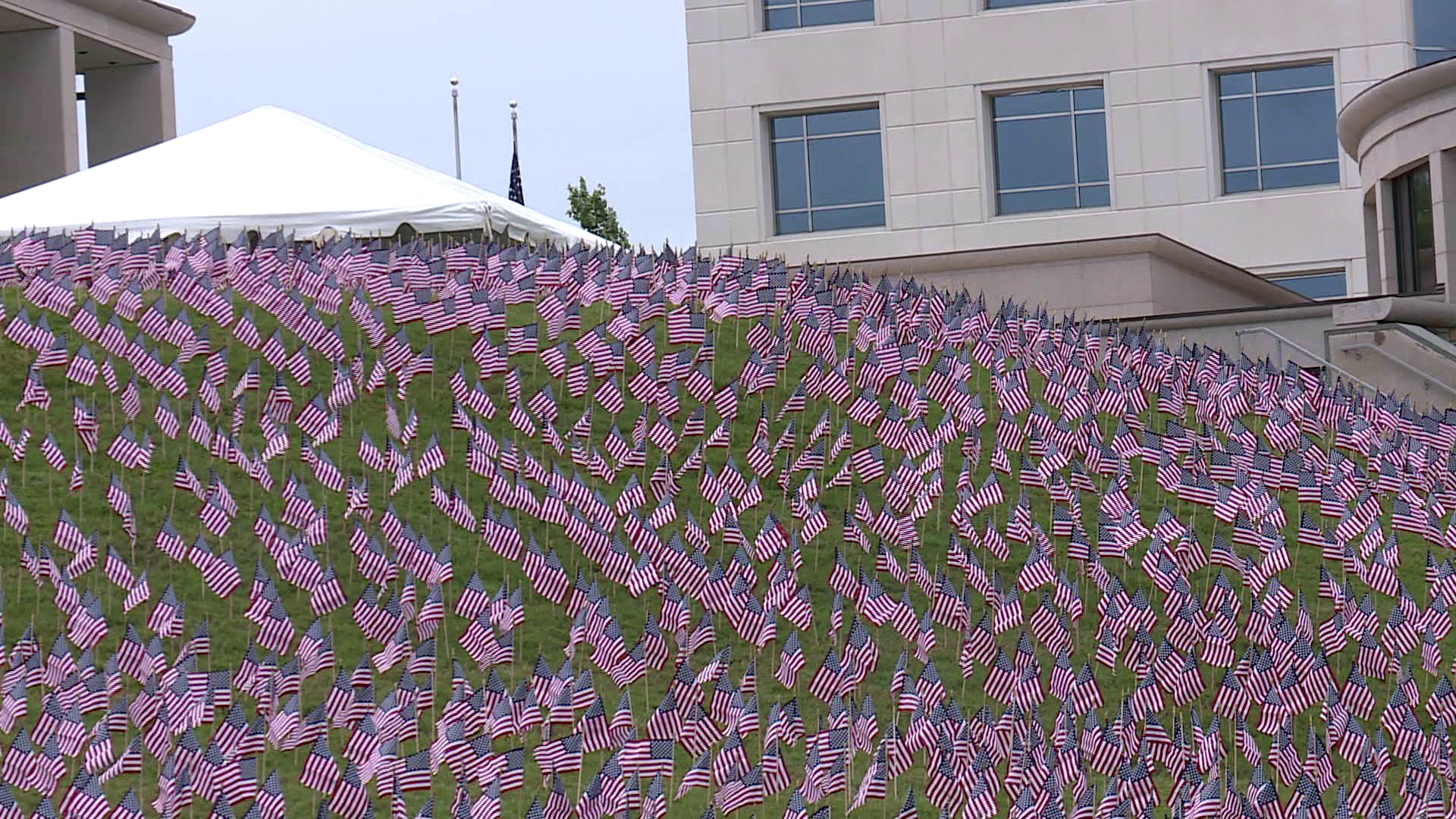 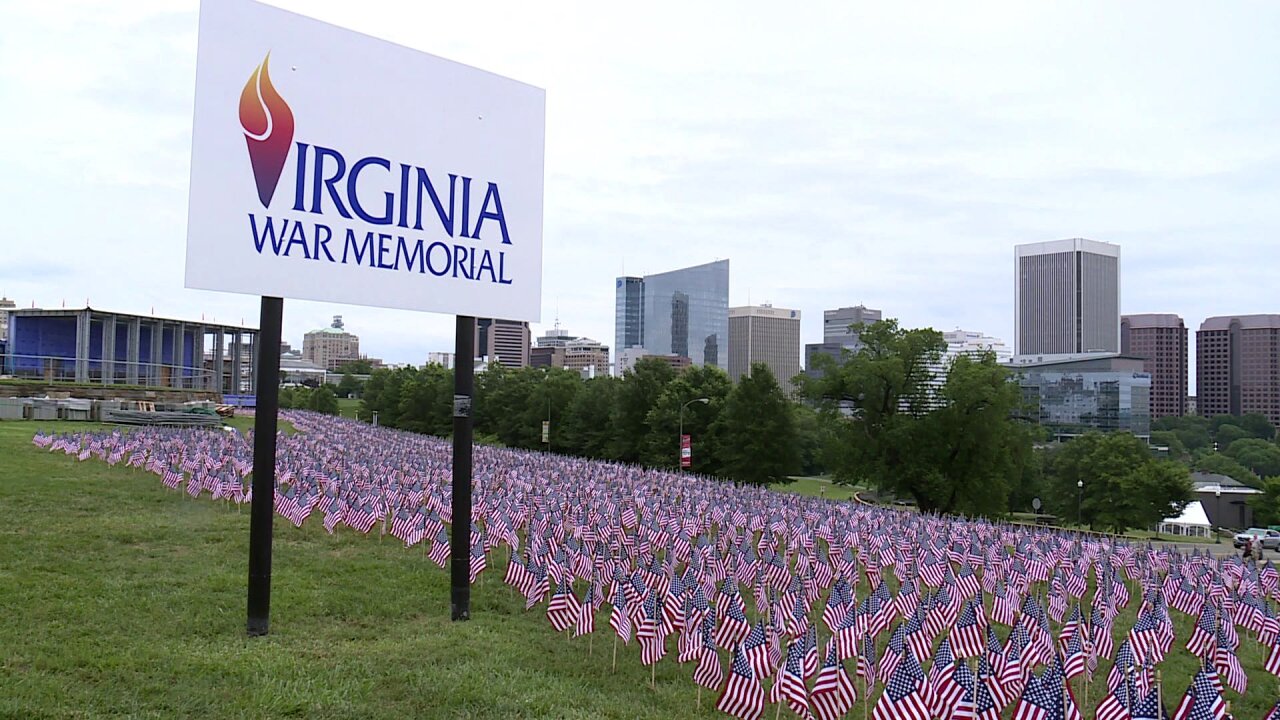 RICHMOND, Va. -- A powerful new display at the Virginia War Memorial in Richmond honors the nearly 12,000 Virginians who made the ultimate sacrifice since World War II.

The inaugural “Hill of Heroes" display, which was installed Saturday morning, features 12,000 American flags on the hillside next to the Shrine of Memory.

Inaugural “Hill of Heroes" display at the Virginia War Memorial.

“I wanted to see it in person. It is very sad, but it’s also wonderful to know that so many people love our country and gave their lives… to serve our country,” Hughes said. "It’s just worth the time to take to come here and see this. It’s amazing.”

“It’s very beautiful and that’s why I stopped,” one man visiting the display said. “I wish I could tell each one who planted these flags thank you.”

The native Israeli said he stopped because he had never seen anything like the 12,000-flag display in his “39 years here in America.”

A special ceremony will be held at the display on Saturday, June 15 to commemorate Flag Day.

The wave of red, white and blue will be on display through Friday, June 21.

The Virginia War Memorial is located at 621 S Belvidere Street in Richmond. 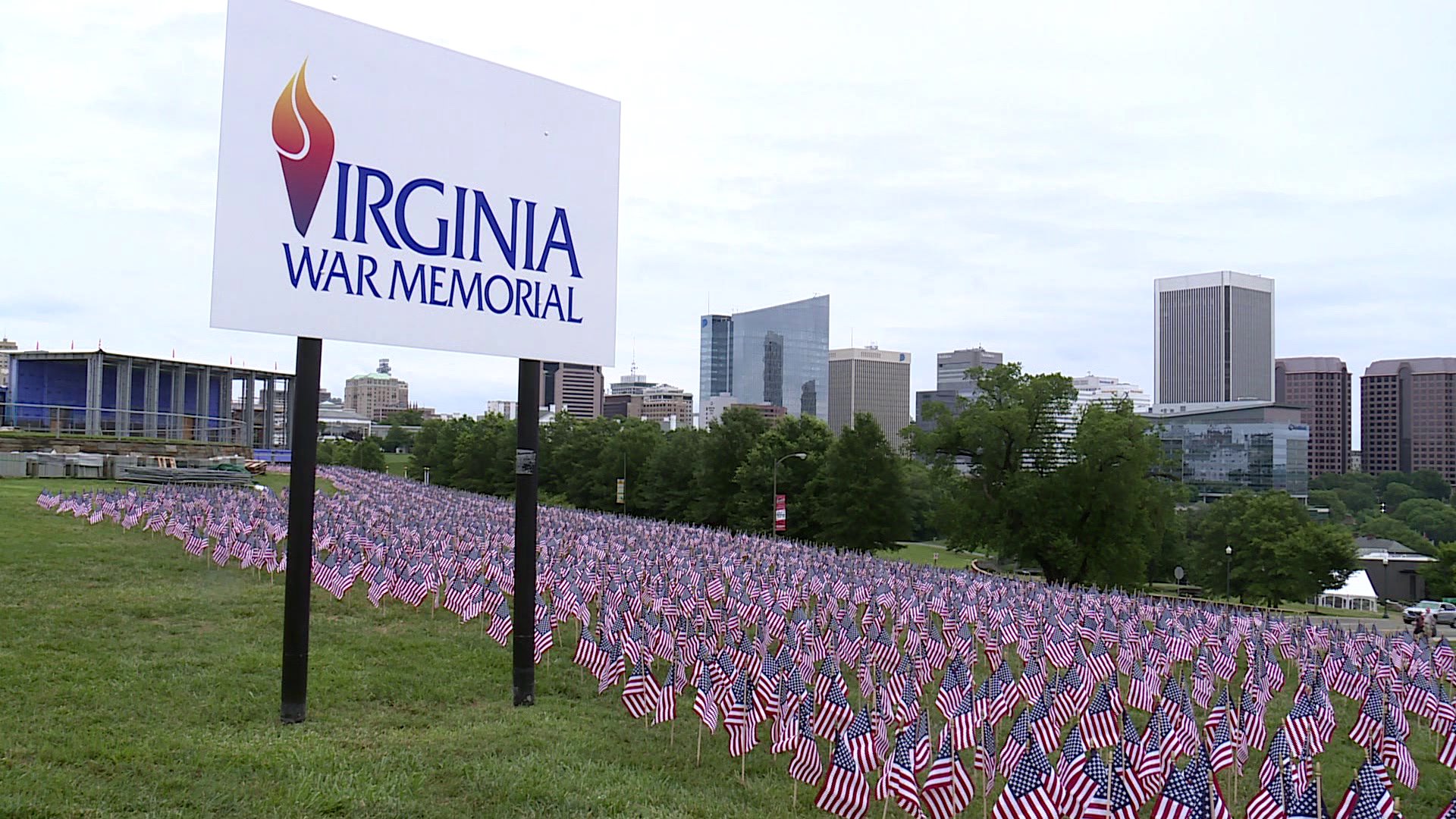