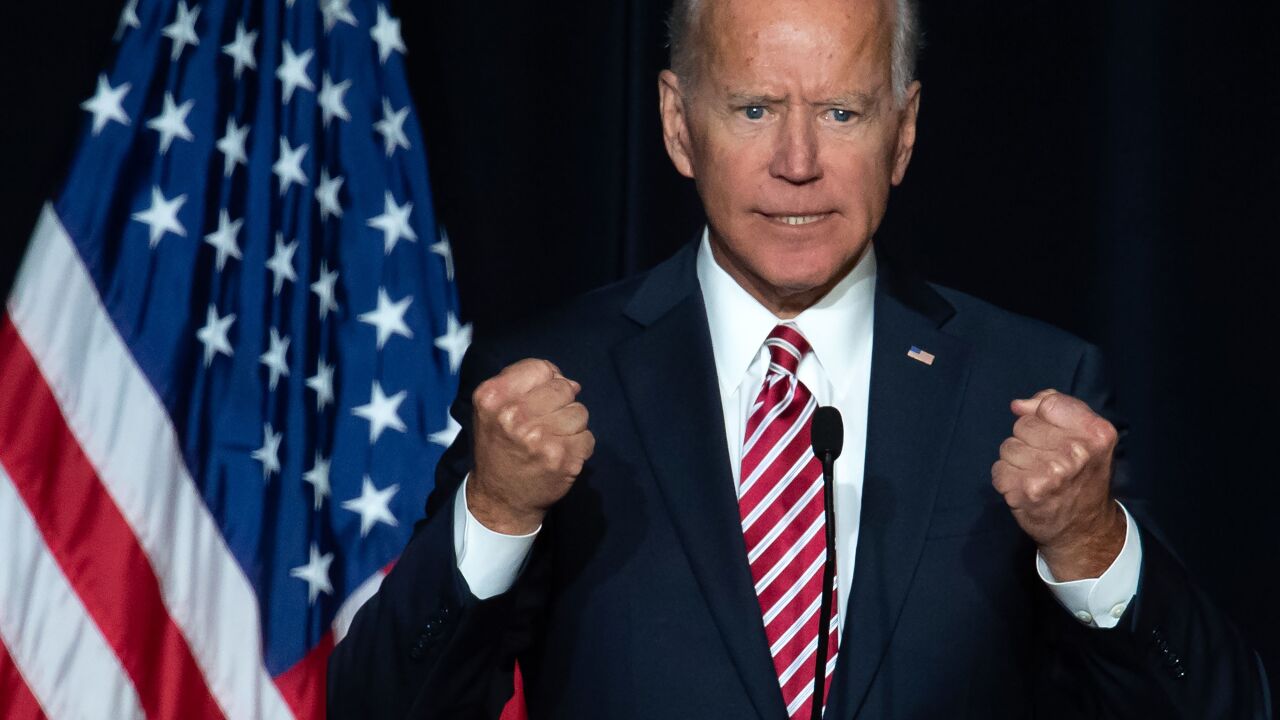 Joe Biden leads as the top choice of likely participants in the first-in-the-nation Iowa Democratic caucuses, but his advantage there is smaller than the one he has held in recent national polling, even as just five candidates out of a field of 23 crack 5% support.

A new CNN/Des Moines Register/Mediacom poll conducted by Selzer and Co., finds Biden leads among both those who plan to participate in the caucuses the traditional, in-person way, or via a new process for caucusing virtually.

Biden has regularly been above 30% in national polling since announcing his candidacy in April, with his nearest competitor trailing by double-digits. But there hasn’t been high-quality polling in Iowa since his entry to the race.

Most of the historically-large field will be appearing in Iowa Sunday night at a major Democratic Party fundraiser in Cedar Rapids, but Biden will not be among them because of family obligations. He’s expected to visit Iowa on Tuesday, the same day President Donald Trump plans to hold a rally in the state.

The Iowa poll results combine likely in-person attendees and likely virtual caucusgoers according to the delegate allocation rules the Iowa Democratic Party has submitted to the Democratic National Committee.

According to the poll, 28% of those who say they are definitely or probably going to participate at this point say they are likely to do so virtually. Although Biden fares better among likely virtual participants (33%) than among likely in-person caucusgoers (23%), combining likely caucus participants’ preferences according to the new rules does not move the numbers meaningfully for any candidate from what they would have been if the 90 to 10 ratio had not been applied.

Beyond Biden’s lower overall support, the poll also suggests some warning signs for him beneath those numbers. His supporters are less apt than others to say they are “extremely enthusiastic” about him (29% vs. 39% for backers of all other candidates, and 43% among those backing his nearest competition in Sanders, Warren or Buttigieg). He also remains the best-known candidate in the field, suggesting he has less room to grow than other candidates who Iowa’s Democratic caucusgoers are still getting to know.

The closer contest in Iowa also suggests a steeper challenge for 2016 runner-up Sanders than he faces elsewhere. In most national polling, he has held second place solo or been competitive with Biden, as he has in earlier Iowa surveys. In this poll, Sanders fares better with those who are less committed to showing up on caucus night. Among those who say they will probably attend in-person, he stands at 20%, while among those who say they are definite attenders, he’s at 14%. That pattern holds among those who plan to attend virtually.

The results are also notable for the lack of traction by most of the 23-candidate field tested in the poll. The survey asked likely caucusgoers to name their first and second choice candidates, and then for each other candidate, asked whether the potential caucusgoer was “actively considering” that candidate, or not.

Among likely in-person caucusgoers, only five candidates were in active consideration by a majority: Biden (61%), Warren (61%), Sanders (56%), Buttigieg (52%) and Harris (52%). The next closest candidates were under active consideration by about 4 in 10: Cory Booker at 43% and O’Rourke at 39%. Among potential virtual caucusgoers, the picture is similar.

What’s notable among both likely in-person and likely virtual caucusgoers is just how few are even considering some of the lower-tier candidates. Thirteen of the 23 tested candidates are under consideration by fewer than 2 in 10 in either group, that includes both candidates who have won election statewide (Jay Inslee, John Hickenlooper, Michael Bennet, Steve Bullock) as well as those who are making outsider bids for the nomination (Andrew Yang, Marianne Williamson, Wayne Messam).

Outside of candidate preferences, about two-thirds of likely caucusgoers, regardless of how they plan to participate, say they would prefer that the winner in Iowa be someone with a strong chance of beating Trump over a candidate who shares their views on major issues.

But when asked to choose among desirable qualities in a candidate, electability ranked fourth on a list of seven for both sets of possible caucus participants. A majority in both groups named integrity a top trait (56% among in-person, 61% among virtual), and 40% in each chose intelligence. Just over a third in each group picked leadership (34% in-person, 36% virtual) and about a quarter picked electability (25% in-person and 23% virtual).

Likely Iowa caucusgoers are divided over how Democrats in Congress ought to handle the possibility of impeachment proceedings for Trump.

About half of likely Iowa caucusgoers (48% regardless of how they plan to participate), say they think Democrats in Congress ought to continue investigating the President rather than move forward on formal impeachment proceedings now. Slightly fewer in each group say they think congressional Democrats would be shirking their constitutional duty if they do not move ahead on impeachment as soon as possible (42% among in-person, 45% among virtual).

The CNN/Des Moines Register/Mediacom poll was conducted by Selzer & Co. of Des Moines, Iowa, from June 2 through 5 among a random sample of 600 likely Democratic caucus participants reached on landlines or cell phones by a live interviewer. The sample included 433 who said they plan to attend the caucuses in-person and 167 who said they plan to attend virtually. Results for the combined sample of likely caucusgoers have a margin of sampling error of plus or minus 4.0 percentage points; it is 4.7 points for those planning to attend in-person, 7.6 points for those who plan to attend virtually.