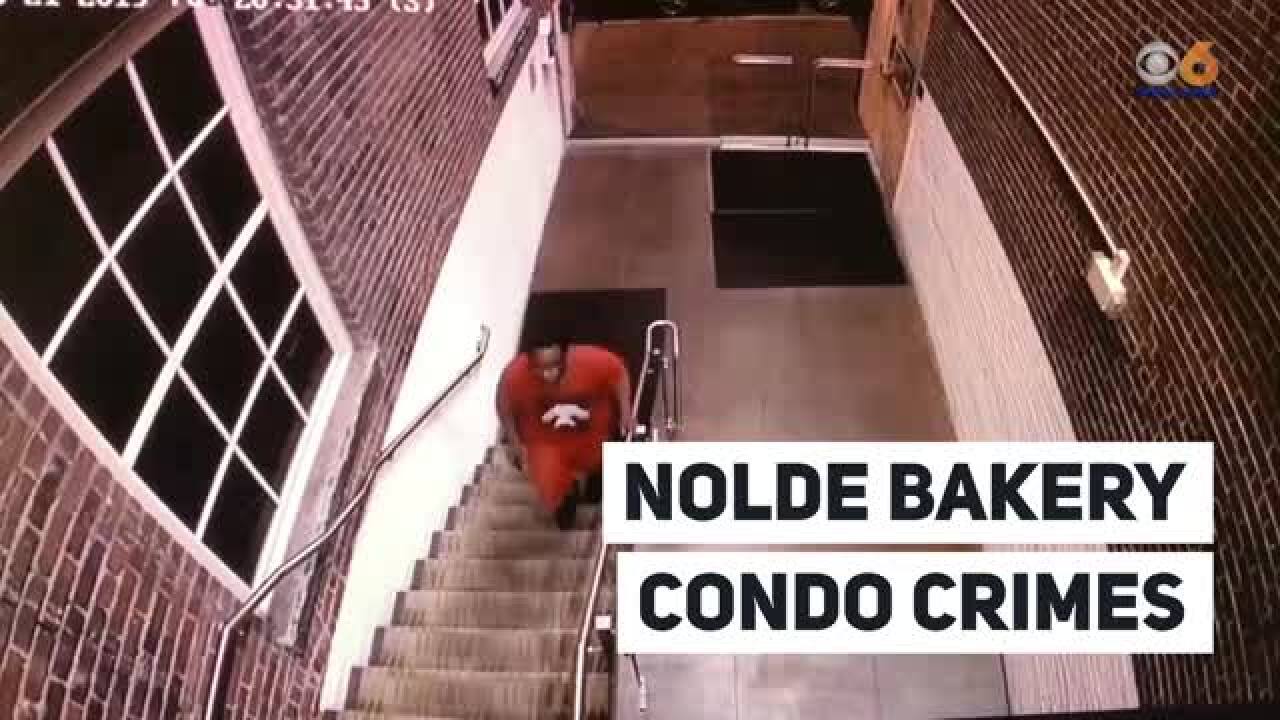 RICHMOND, Va. -- Richmond Police released video of a man wanted for stealing bikes and electronics from storage rooms at the Nolde Bakery Condos in Church Hill.

"Sometime between Friday, May 17 and Friday May 24, an unknown male entered the storage building in the basement of the 300 block of North 26th Street and broke into several storage lockers on multiple occasions. The suspect stole multiple bikes and electronic equipment," a Richmond Police spokesperson said. "On Tuesday, May 21, surveillance video shows the suspect entering the building through the main entrance on North 26th Street. The suspect is shown again on video in the basement taking a bicycle on Thursday, May 24. It is believed the suspect exited the basement side door facing the SunTrust bank."