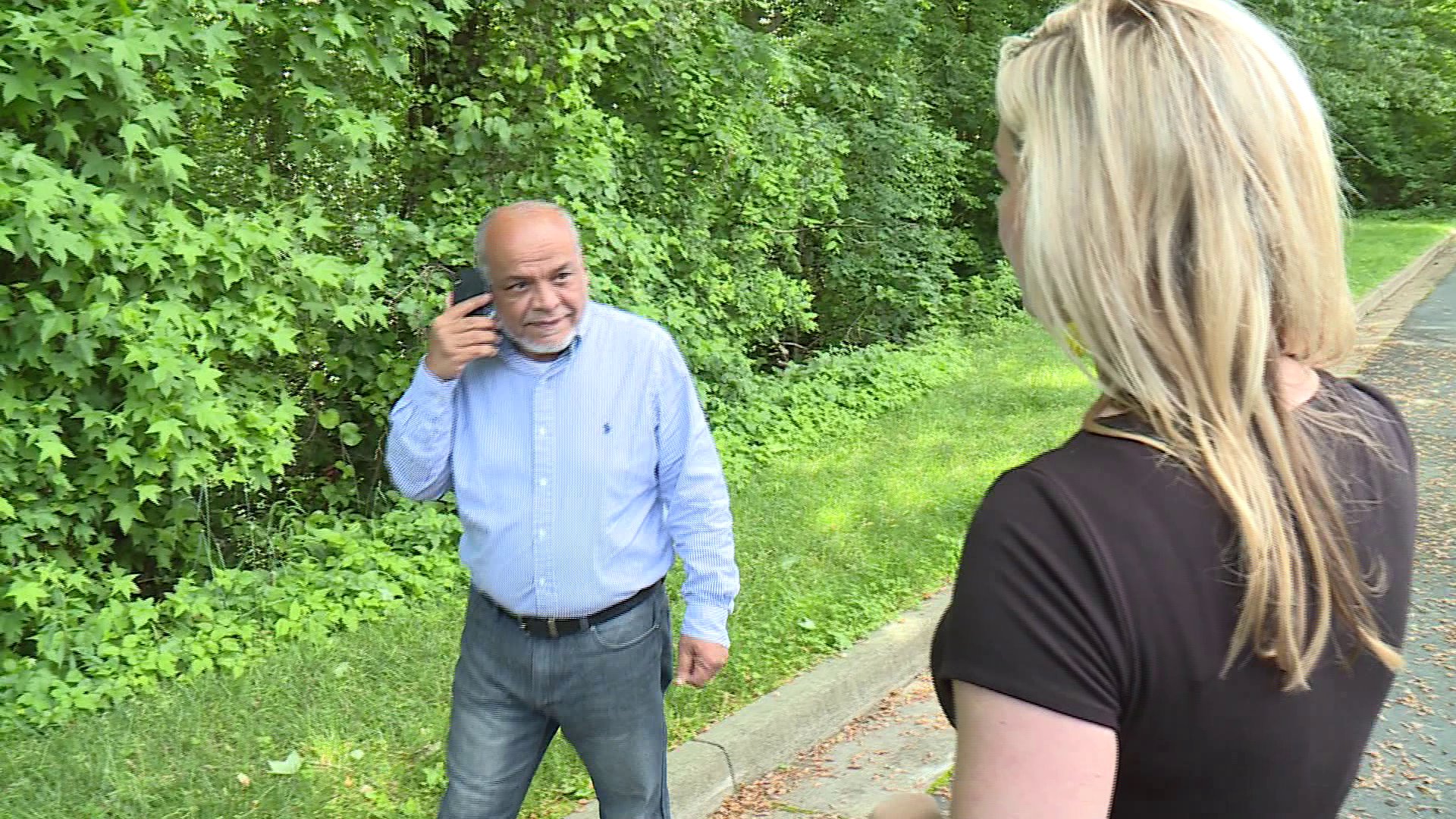 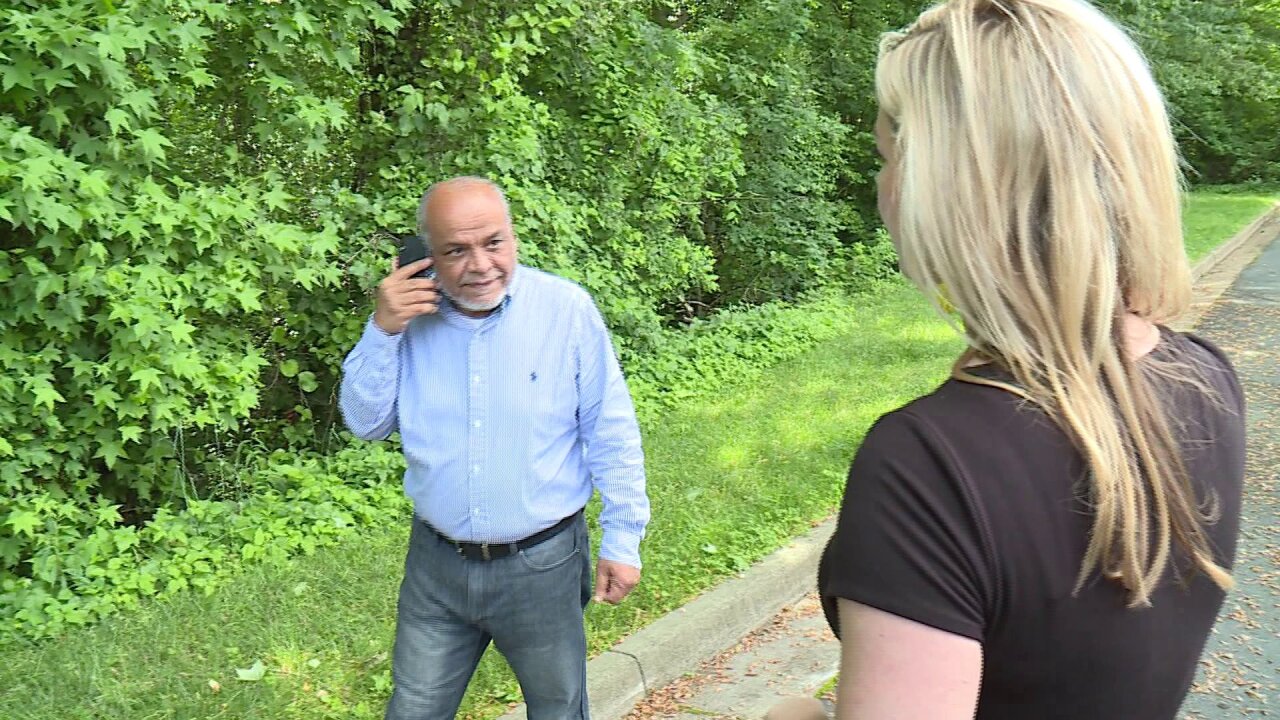 HENRICO COUNTY, Va. -- A seven-year-old pediatric patient and the child's mom showed up at Richmond Urgent Care in Henrico's West End on August 3, 2017. Virginia Board of Medicine records showed the child, who had a runny nose, congestion, and headaches, left with a prescription for the antibiotic Augmentin.

But, according to the Board, the child was never examined by a licensed medical professional that day. Instead the child was treated by an office administrator and a medical assistant unlicensed in the Commonwealth of Virginia.

"When I first started working there I was told that sometimes I would have to be the doctor," the former office administrator/medical assistant - who asked to remain anonymous - said. "I was like, 'I be the doctor? What?'"

"So there were many times when the urgent care clinic was left without a doctor?" CBS 6 Problem Solvers investigator Melissa Hipolit asked.

"And patients would be coming in?" Hipolit followed.

In the report, the Board stated that the owner of the practice, Dr. Khaled Moustafa, enlisted unlicensed individuals to engage in the "unsafe and unsupervised practice of medicine" between February and September 2017.

"It was wrong, very wrong," the former employee said.

One of those unlicensed employees was the former office assistant, and another, a foreign medical school graduate who had not attended or completed their residency.

However, according to the report, the graduate wore a white lab coat provided by Moustafa, and identified herself as a "doctor, because I am a physician."

The board said the three employees would do things like urinalysis and strep tests, diagnose and treat patients, administer injections, and even prescribe controlled substances.

But, it wasn't until Moustafa took a trip to Egypt in August 2017 that the former office assistant blew the whistle on her boss.

"What got me to contact the medical board was the fact that he left for a week, and he left me and another employee to run the office without a physician," she said.

The board stated Moustafa and another physician were gone for seven days, yet the clinic remained open with no licensed medical staff.

"Every time a patient came in, I was supposed to find out why they were there and contact him and he would give me further instruction," the former employee said. "Several times I couldn't reach him because it's a big time difference."

Yet, as directed by Moustafa prior to his departure, the staff collected visit fees and co-pays, and billed insurers for visits with Moustafa, according to the report.

In fact, the board found Moustafa subsequently falsified patient records creating fictitious office visit notes upon his return, and provided them to a state investigator.

The board stated he exhibited one of the most egregious examples of falsification of records they have ever seen.

"He was changing charts to make sure he was abiding by the regulations," the former employee said.

"He said a patient was seen by a doctor to the insurance company?" Hipolit asked her.

Due to the investigation's findings, the board revoked Moustafa's medical license in March.

Patients outside of Khaled Moustafa's clinic said they had no idea about the report.

"This is like really bad. It's upsetting," patient Maria Sosa said when we showed her the report. "You know what? I think I'm not coming back here. I didn't even think about this, you know, like I said that day I was like I need to get somewhere quick."

Sosa expressed shock that the clinic was still in business despite the board's decision to revoke Moustafa's medical license.

According to Diane Powers, the Director of Communications for the Virginia Department of Health Professions, there is no law that prohibits a person without a license to practice medicine from owning a medical practice, clinic, or urgent care center.

"The doctor that's in there, she is the only one that comes in and treats you, like there is nobody else in there, it's just the doctor and the lady at the front desk, that's it," Sosa said.

A marriage record from Indiana lists Khaled Moustafa and Monal Moharram as applicants for a marriage license in 2007.

According to the former employee cited in the board's report, while the state was interviewing her as part of its investigation, she claimed Dr. Moharram kept pulling her out of the room and telling her what to say.

"What exactly did she say?" Hipolit asked the former employee.

We decided to ask Moustafa directly about the board's findings, but he declined to answer our questions citing a family tragedy.

Even after leaving our number for a second time, and leaving a note at his home, we never heard from Moustafa.

We did, however, hear from his attorney Gerald Zerkin, who told us his client was appealing the board's decision on the grounds that he was denied a fair hearing and did not have the opportunity to defend himself against those allegations.

Zerkin told us he did not represent Moustafa during his board hearing.

Later this month, Melissa Hipolit will investigate another doctor in trouble with the board. One who is still licensed to practice medicine in Virginia even after being convicted of assault and battery.