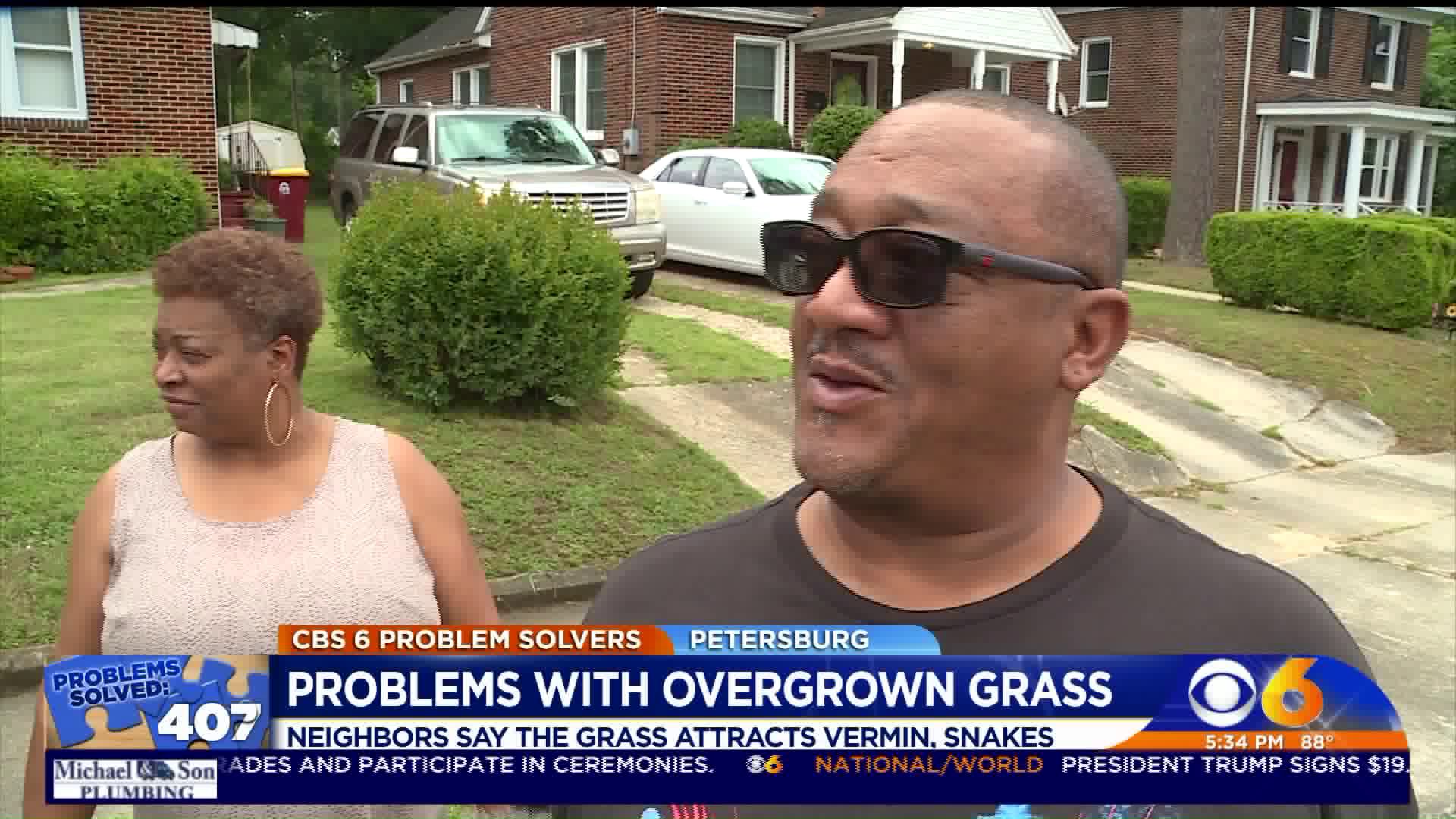 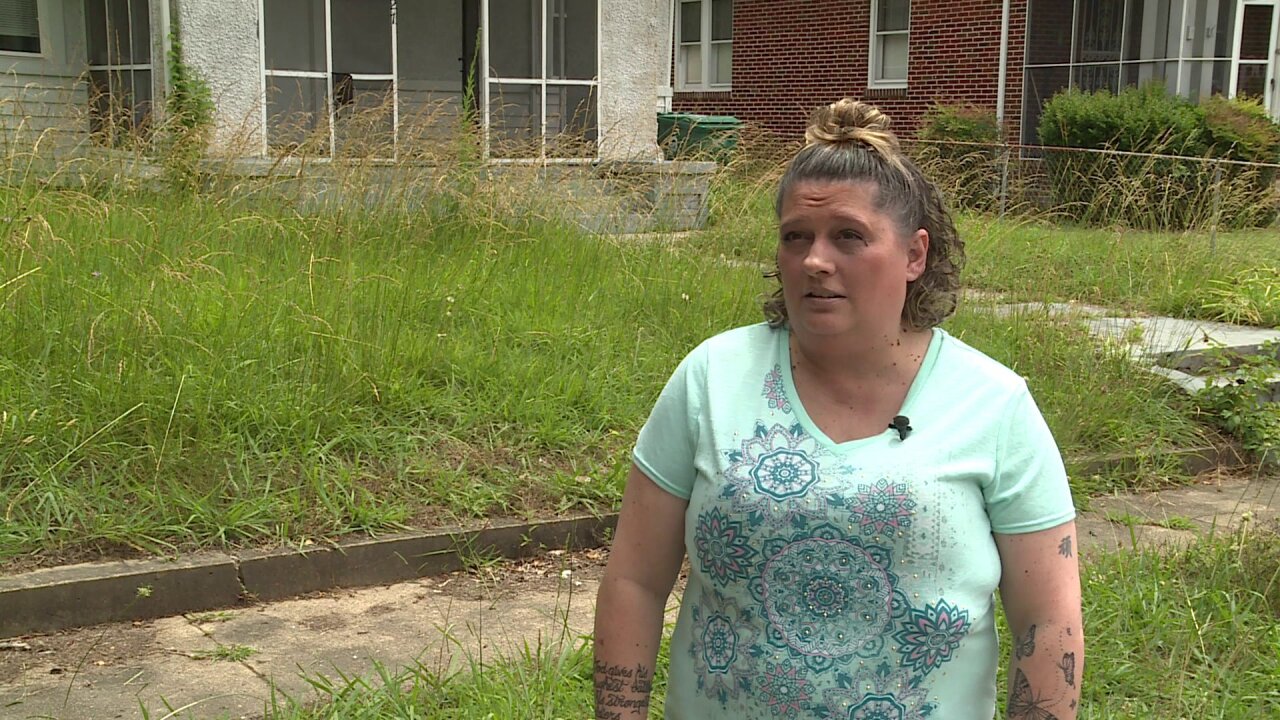 PETERSBURG, Va. -- Neighbors who live near a Petersburg home with high, overgrown grass says the issue is attracting vermin and snakes and the city needs to step in.

Along quiet Brandon Avenue there is a home whose yard is cause for some to be concerned.

"I've never seen it get this high," Tami Levine, who lives across the street, said.

"This is something that will cause more and more rats, I mean you would just not believe the stuff we see come out of the yard," she added. “Snakes, we've seen snakes."

Another neighbor, Mark Flowers, says the yard makes the rest of the neighborhood look bad and could be a danger to his family.

"Snakes and everything could be over there, and we have grandkids that could be out," Flowers, who lives two doors down, said.

The concerns prompted the neighbors to notify the city.

On May 15, the City of Petersburg posted a notice that the grass height was in violation of city code.

"My husband has since called again, and they have said that they don't have the manpower to get to every house in Petersburg," said Levine.

The neighbors say complaints for more than a month didn't get them anywhere with the city, until CBS 6 Problem Solvers contacted the city concerning the issue.

"Because you're going to do a story on it, they're going to make sure that, they're trying to act like they're doing that to all the houses," said Levine.

Less than a half hour later, a city crew pulled up in front of the house and cut and trimmed the property in under thirty minutes.

"They should have been came because the signs been there for a while,” Flowers added.