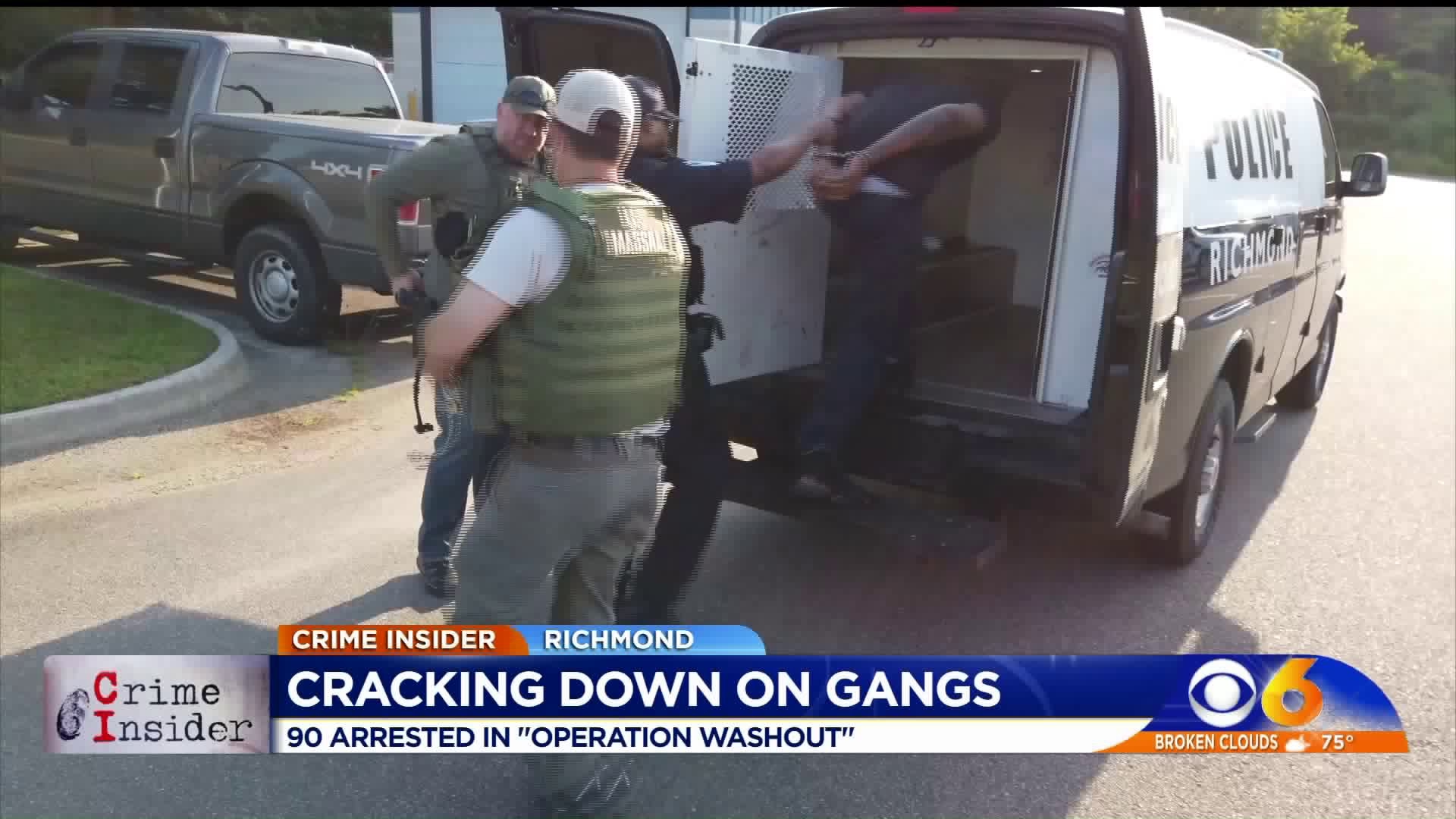 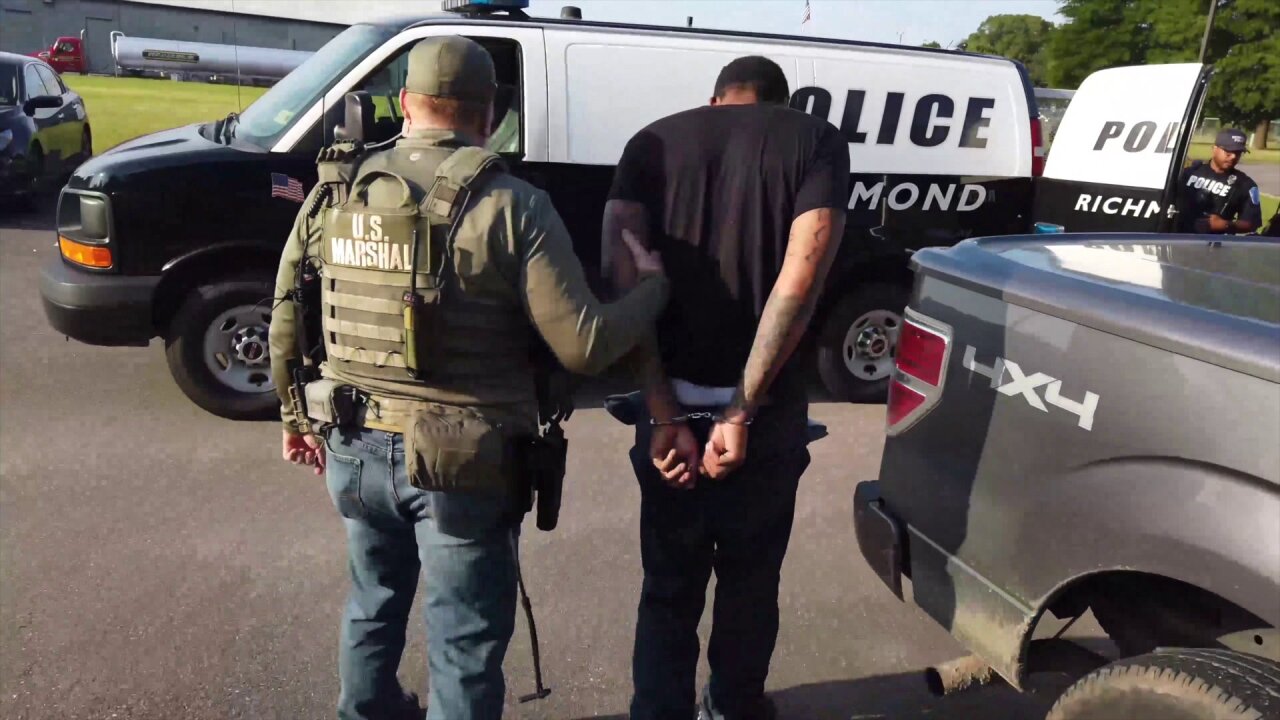 RICHMOND, Va. -- Averaging 18 arrests a day for five straight days, the U.S. Marshals Service and partnering agencies say they targeted the hardest criminals, who they say are wreaking havoc on Central Virginia streets.

They’ve brought them in to be booked and for further questioning.

"They’re primarily gang-related fugitives," said US Marshal Kevin Connolly. "We targeted the worst of the worst."

Central Virginia’s US Marshal Fugitive Task Force, with help from local, state and federal partners hit the streets on a mission called Operation Washout. They say they racked up 90 arrests from May 20 to 24, six of them for murder.

"We debriefed every one of them,” said Connolly. “Some gave up good information on homicides and gang activity in the area."

Members from national and home-grown gangs were rounded up, and some weapons were recovered, include an AK-47-type pistol and a sawed-off shotgun.

But the fact that some of the suspects are providing information is good news for a Richmond father who is hoping police will find who killed his nine-year-old daughter last month.

"Snitching? We gotta’ kill that word,” said Mark Whitfield, whose daughter Markiya Dickson, was shot to death while she played in a park. “People come out and say, ‘snitch this, snitch that,’ When it comes to a child that don't matter. There's no street code to it. It's principles. Women and children have nothing to do with it. If you're a grown man out here doing something wrong, you gotta deal with it whether jail or in the streets."

And at least one local citizen hopes the Task Force gets funding to bring in more gang members.

"Richmond, pay these guys some money so we can get some authority in place so we can put all of these criminals in check,” said Frank Pitchford, who lives in the city. “You ain't fixing the streets or using the lottery money right. I pull up on a pothole every day. Put the money where it is needed and that's safety for our community."

Marshals say operations such as Washout are ongoing.

Connolly says the 90 arrests were made without incident.