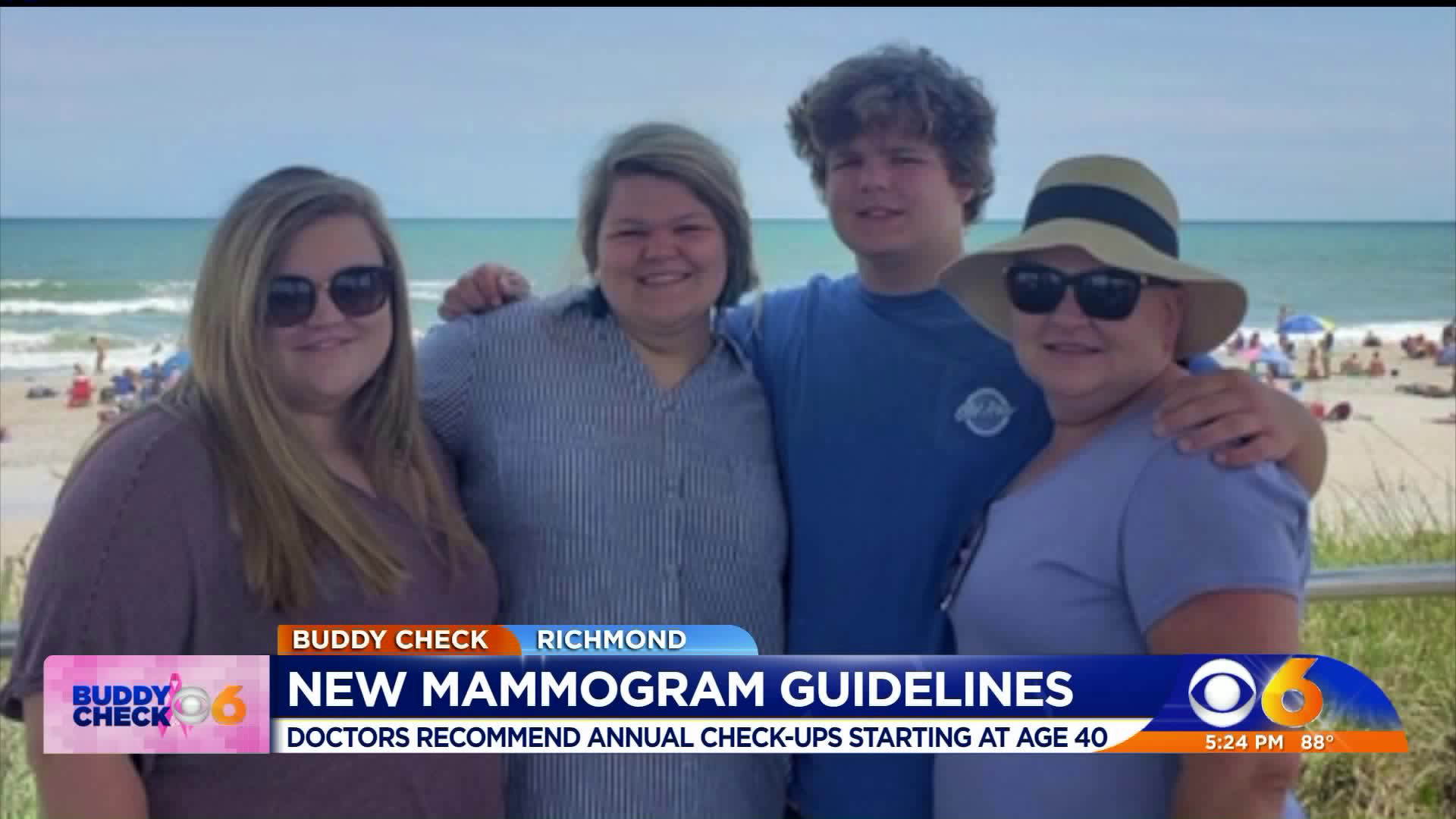 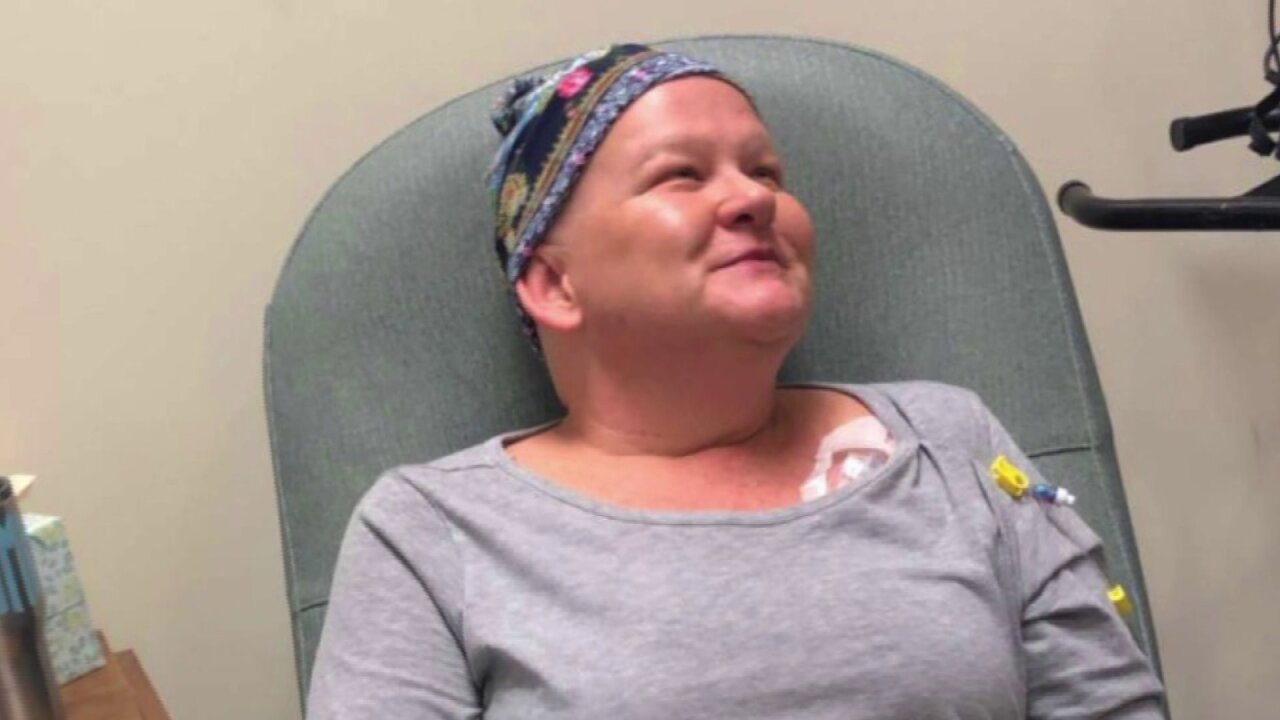 RICHMOND, Va. -- Amy Mason can find humor in just about anything --even in her wig, Leslie.

"We'll be getting ready to go and I'll say ‘somebody go get Leslie. She's got to go with us,’” Amy Mason said. “I have a great wig.”

Laughter is good medicine for the single mother of three who was diagnosed with breast cancer in January.

"It's like a punch. A hard punch. You can't breathe,” Mason said.

Once a week, Amy travels from North Carolina to VCU Massey Cancer Center for her treatments. She has triple negative breast cancer, one of the most aggressive forms of cancer.

"If I would have waited, it probably would have had metastasized to other places and been a very sick person,” Mason said.

The 49-year-old has gotten mammograms every year for the last eight years.

That helped doctors compare previous results when they spotted a tumor in December after doing a 3D mammogram which doctors recommend.

McGuire, chief of breast surgery at Massey, backs new mammogram guidelines from the American Society of Breast Surgeons. The new guidelines include recommendations for personalized screening plans for women of varying degrees of cancer risk, based on family history and the results of genetic counseling.

The key recommendations include:

“And what we found there was a 15 percent reduction in mortality in women who began their mammogram at age 40,” McGuire said.

McGuire said those recommendations from other groups were based on mammography techniques that are 20 years old.

With different guidelines out there, which one should patients follow?

"This is a personal decision that a patient needs to make with her healthcare provider,” McGuire said.

"Enjoy every moment and appreciate the little things,” Mason said.

Mason says she has Stage 3 breast cancer because more tumors were discovered after diagnosis. She has six more chemo treatments and is expected to have surgery in August.