Daughter honors her dad on D-Day: ‘I’m very proud of him’ 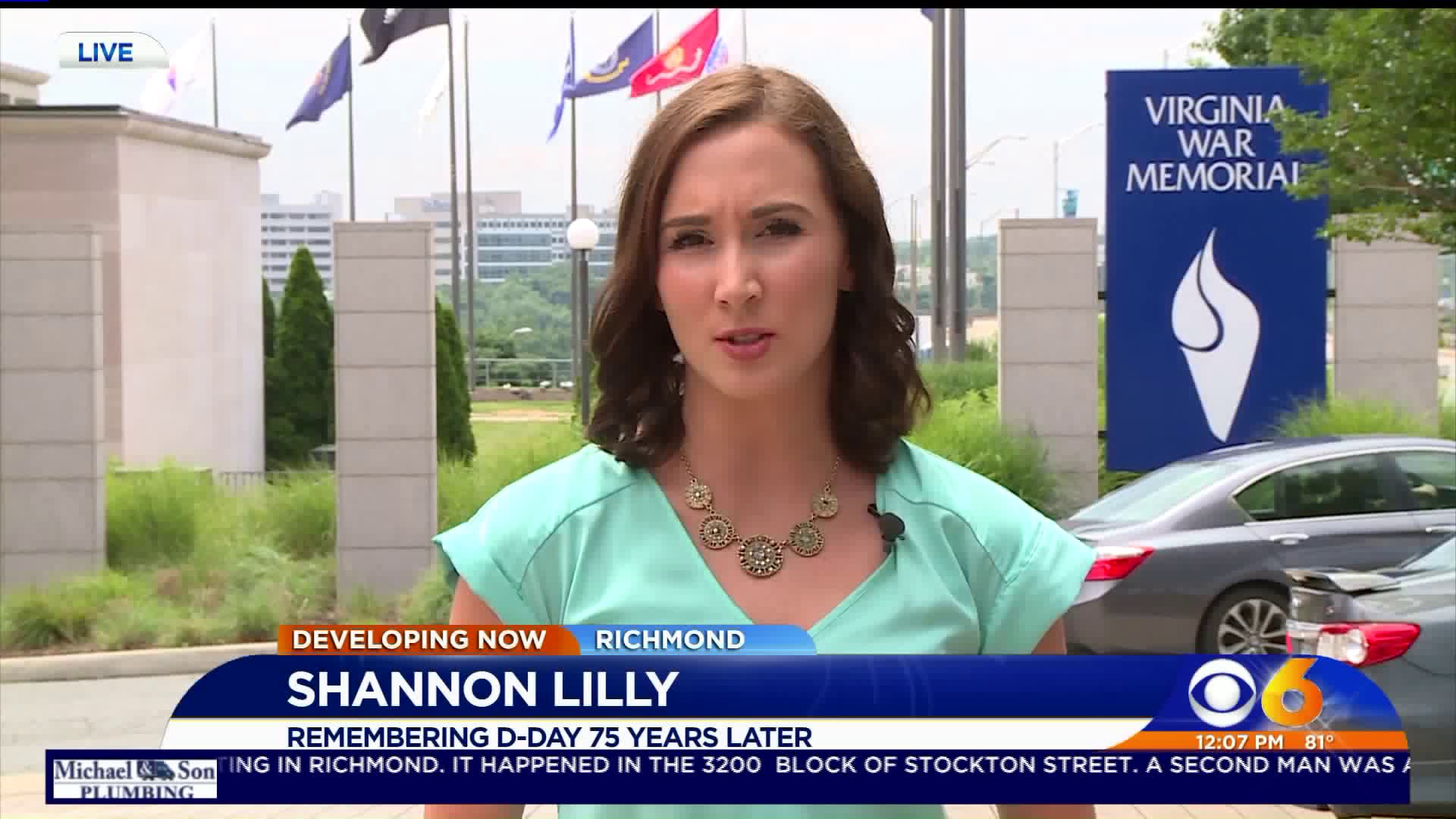 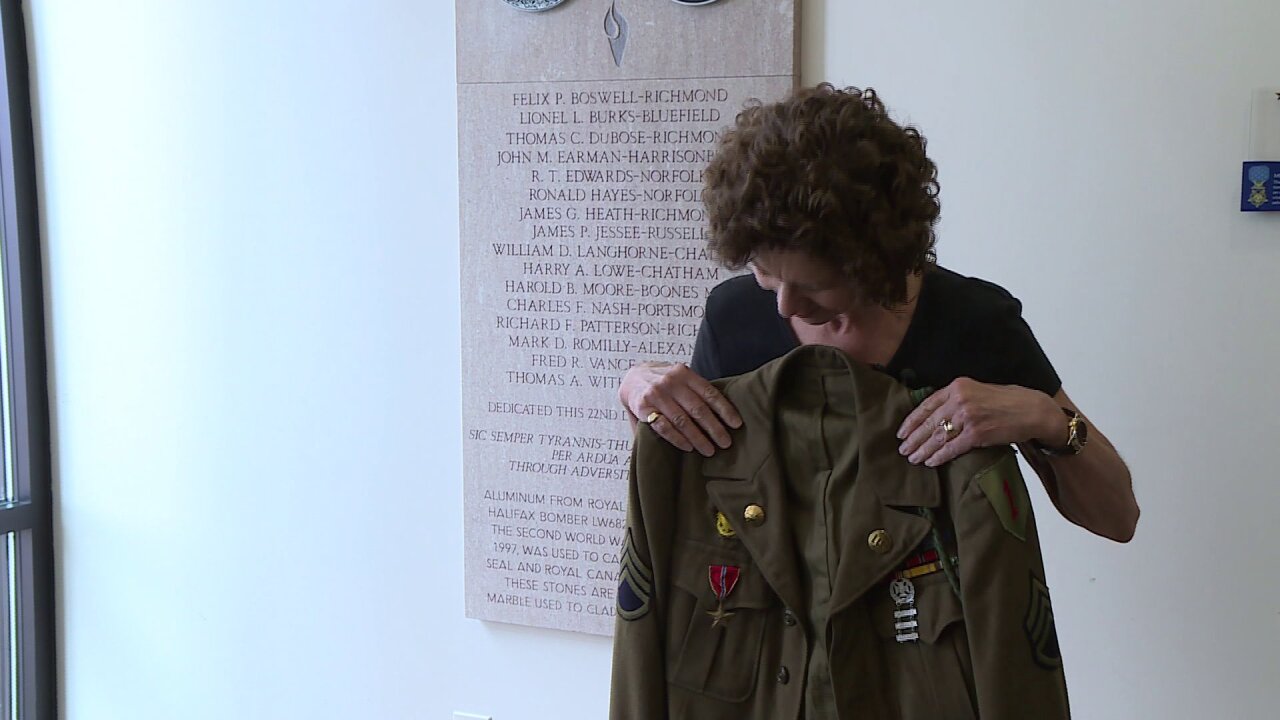 RICHMOND, Va. -- As thousands gathered to watch the largest commemoration of D-Day at the National D-Day Memorial in Bedford, Virginia, dozens of people came to The Virginia War Memorial to watch a live stream of the event.

The ceremony included commentary from Vice President Mike Pence, an aerial tribute to the veterans of World War II, and a roll call of World War II Veterans in attendance.

Many viewing the live stream at the Virginia War Memorial, had personal connections to World War II -- and the historic day of June 6, 1944.

Sheryl Canavan was one of them.

She carried with her the jacket her father wore when he landed on Omaha Beach, 75 years ago.

"Well this morning I woke up. It was quarter to seven, and I thought, '75 years ago, what my dad was doing...? Landing on that beach. And it brings me chills," said Canavan. "I’m very proud of him. I’m proud of what he did."

Canavan said her father, Jacques Bayer, was in the front lines of the second wave to land on Omaha Beach 75 years ago, and spent three years fighting in World War II. She said he saw the sacrifices made first hand.

"He lost one of his best friends on D-Day on the beach. He stepped on a mine and was killed. And another good friend lost both of his legs that day -- who was my godfather," said Canavan. "My dad made it off the beach without a scratch."

Canavan added that her father earned a bronze star for bravery during his time in the war.

Others in attendance, like Jay Quel, also had a father who fought in World War II.

"The sacrifices that these fellows made to secure those beaches made it possible for my father to come into those beaches three months later, and land with dry feet."

Quel added that D-Day is especially significant for Virginians.

"You come outside these doors, look at all these names on that wall and know all those people had families," said Quel.

Employees at the Virginia War Memorial said Bedford, Virginia lost more people per-capita on D-Day than anywhere else in the nation.

Canavan said if she could tell her father one thing on this day, it would be 'thank you.'

"I’d say thank you dad for all that you did for our countries," said Canavan