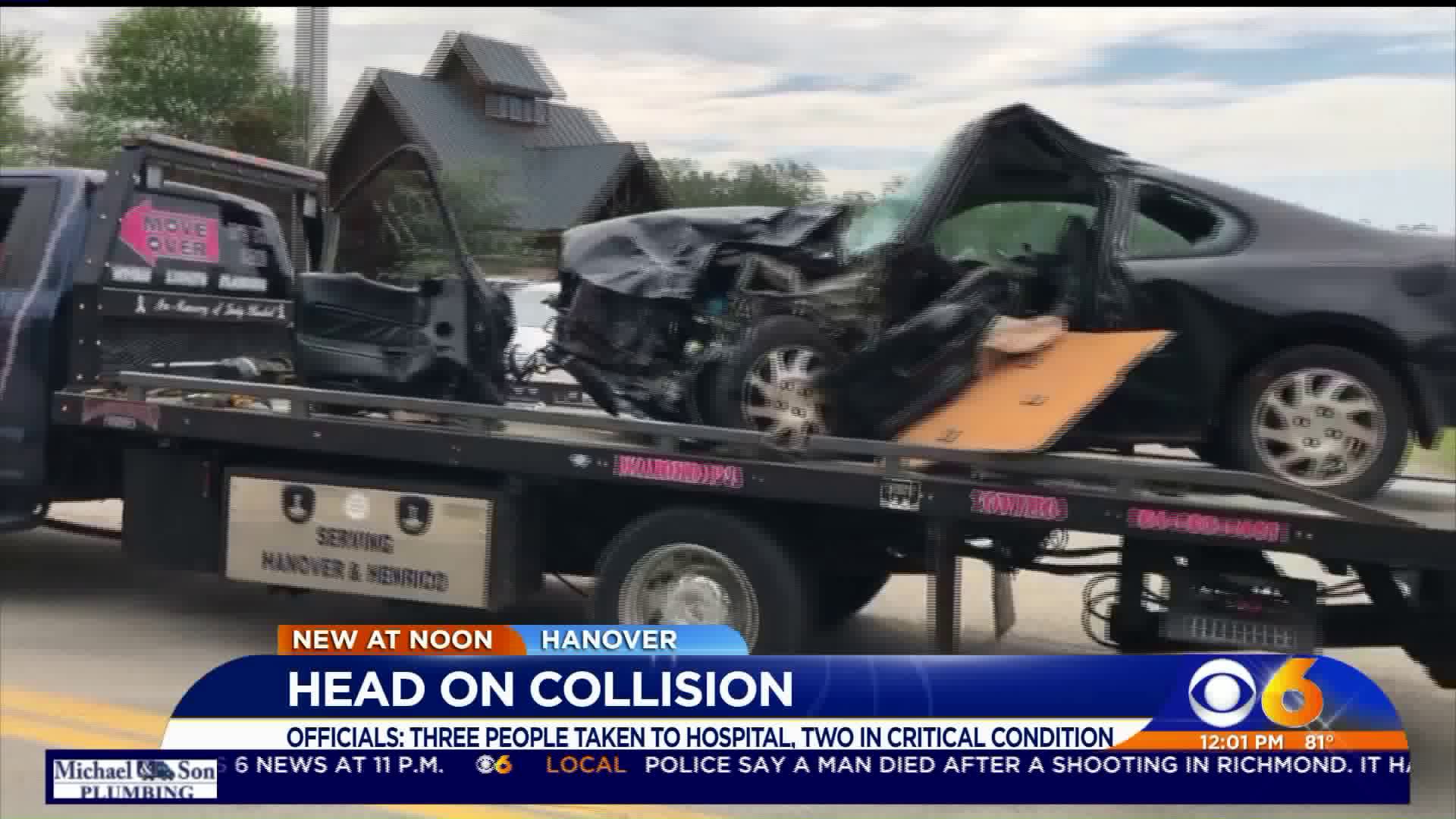 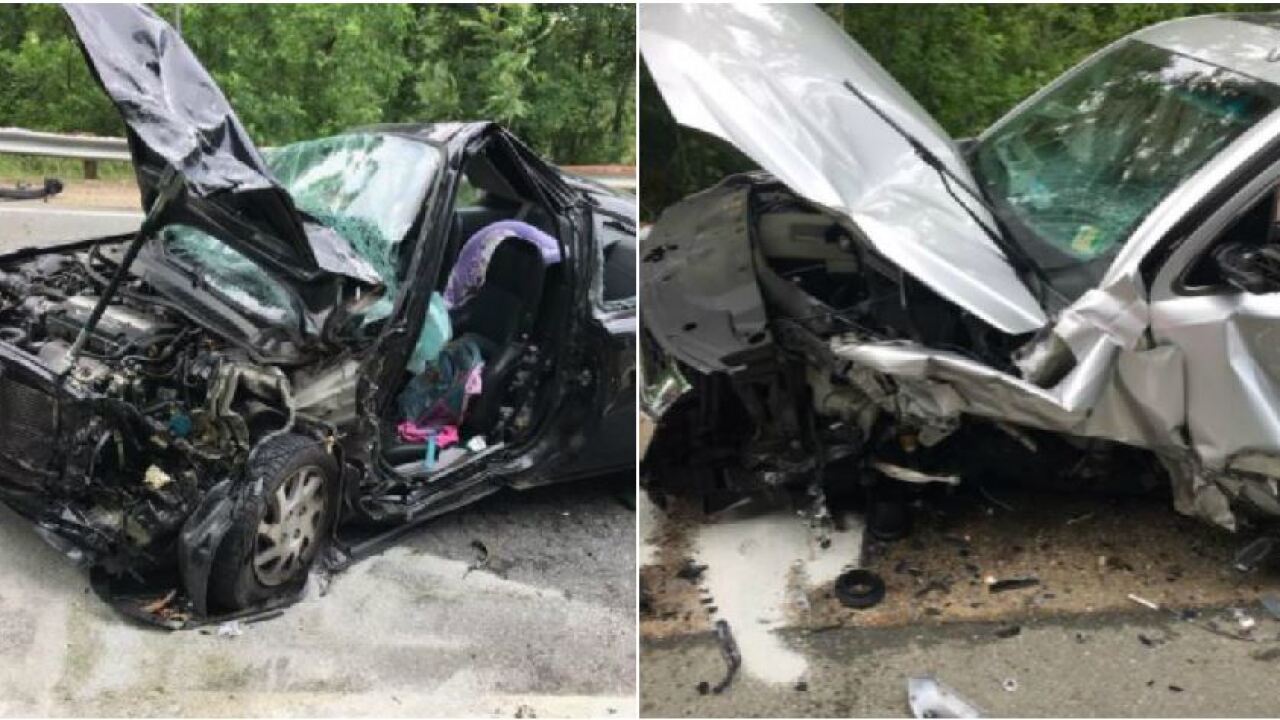 HANOVER COUNTY, Va. -- Three people were taken to the hospital, one with serious injuries, following a head-on collision, according to Hanover Fire-EMS.

The crash was reported at Cold Harbor and Turkey Hill roads in Mechanicsville. Deputies responded to the crash at 8:01 a.m.

"Patients have been extricated and being prepared for transport to VCU," a Hanover Fire-EMS spokesperson wrote in a tweet.

The driver of the Honda Prelude has serious injuries, officials said.

Investigators are collecting evidence and rebuilding the scene to determine the circumstances surrounding this crash.