After death of twins, this teen created a car tag to save children’s lives 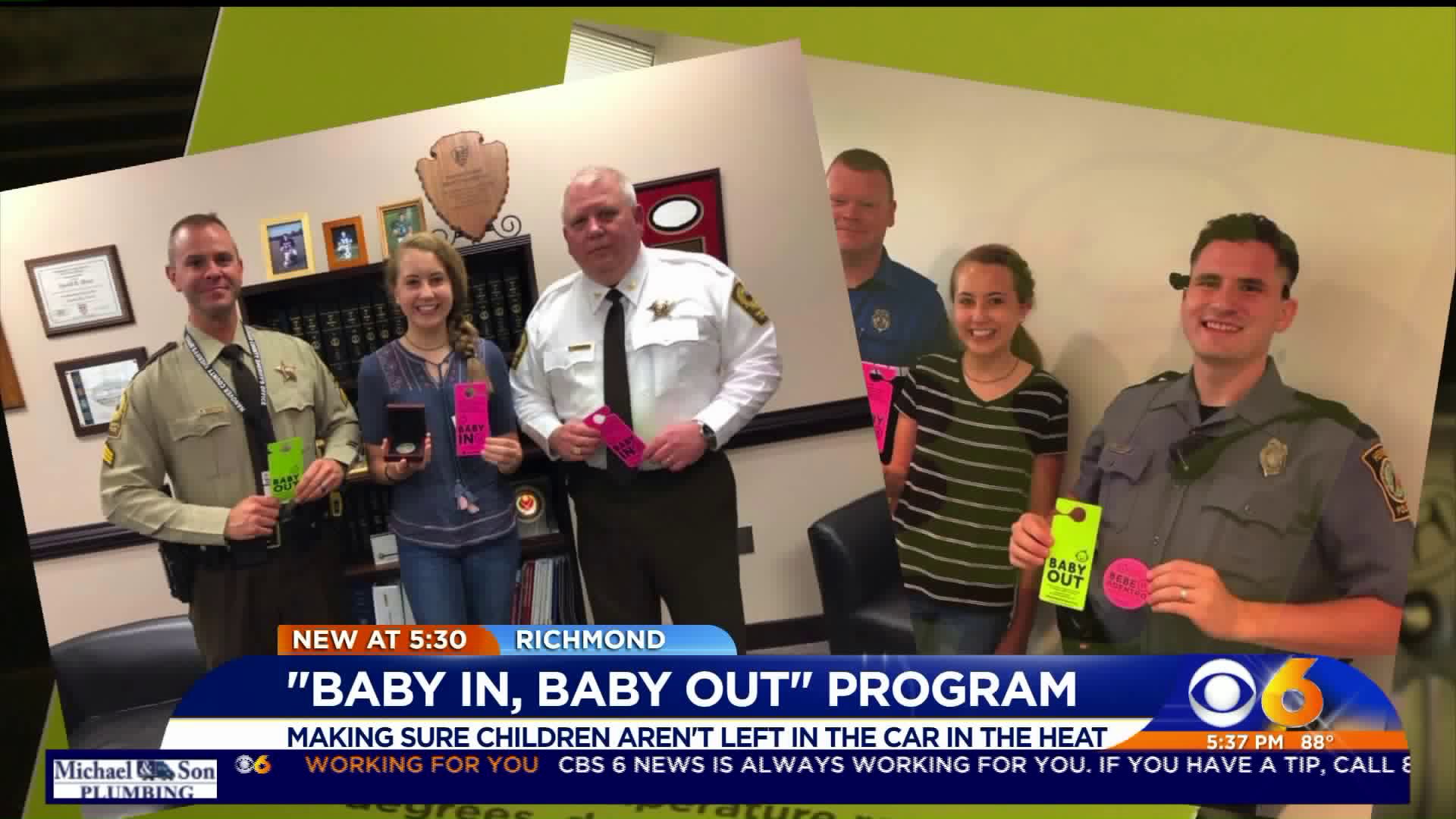 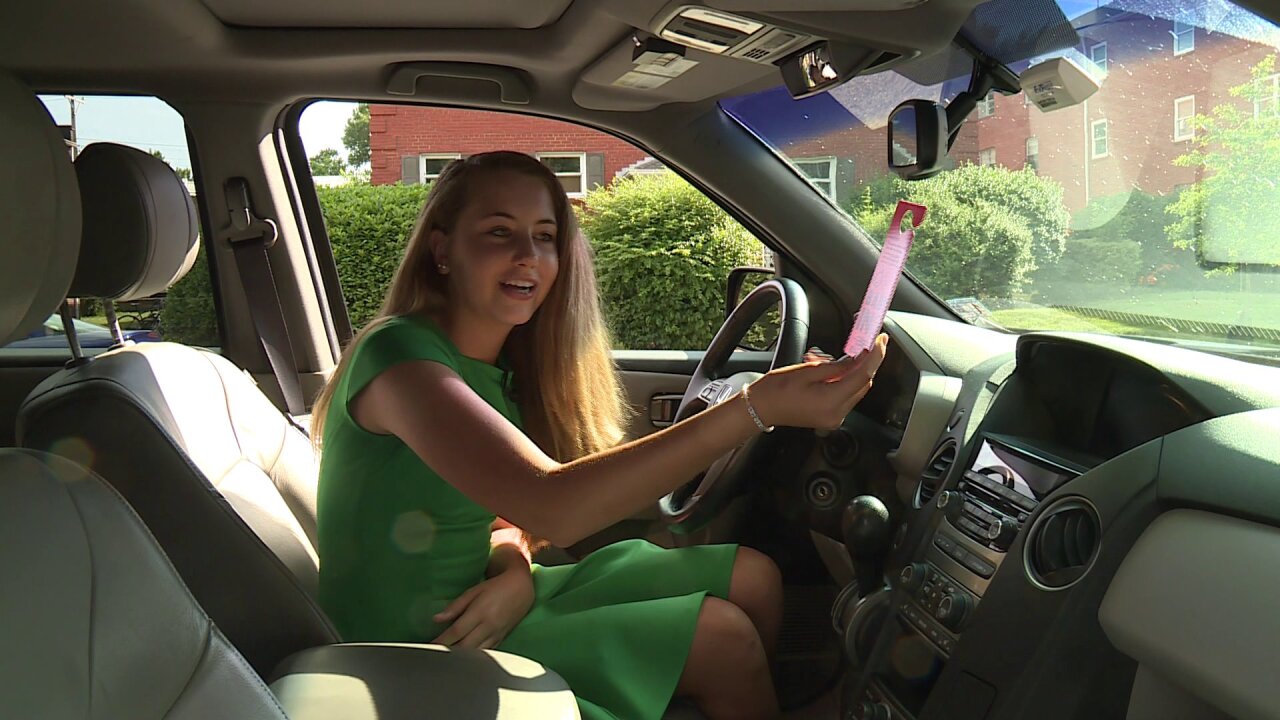 CHESTERFIELD COUNTY, Va. -- Hannah Rhudy knew she had to do something after seeing the news about Chesterfield twins who died in a hot car.

"Hearing about twins dying in my hometown of Chesterfield," Rhudy said. "That was the story [ in May 2018] that really made me want to start BabyIn BabyOut."

Chesterfield Police said the four-month old twins were found unresponsive in a SUV after officers believed their father accidentally left them in the vehicle.

"I've always had a passion for kids and teaching at my local church," she explained.

Rhudy came up with the BabyIn BabyOut, which she calls a "community initiative."

Her idea is a low-tech, no frills multi-colored tag that you hang from your rear view mirror.

"When you're in the car, you have it facing 'BabyIn' and when you and your child get out you flip it to 'BabyOut," Rhudy explained.

Rhudy hopes to become a Kindergarten teacher when she graduates college.

"The kids are our future and we just need to make sure that they're safe," she stated.

The teen has partnered with nearly every law enforcement agency in the Metro Richmond area to help spread her message and initiative.

Rhudy will send your family a free hang tag through her website BabyIn BabyOut.