3 Americans checked into a resort on the same day and died within a week. Now their families want answers 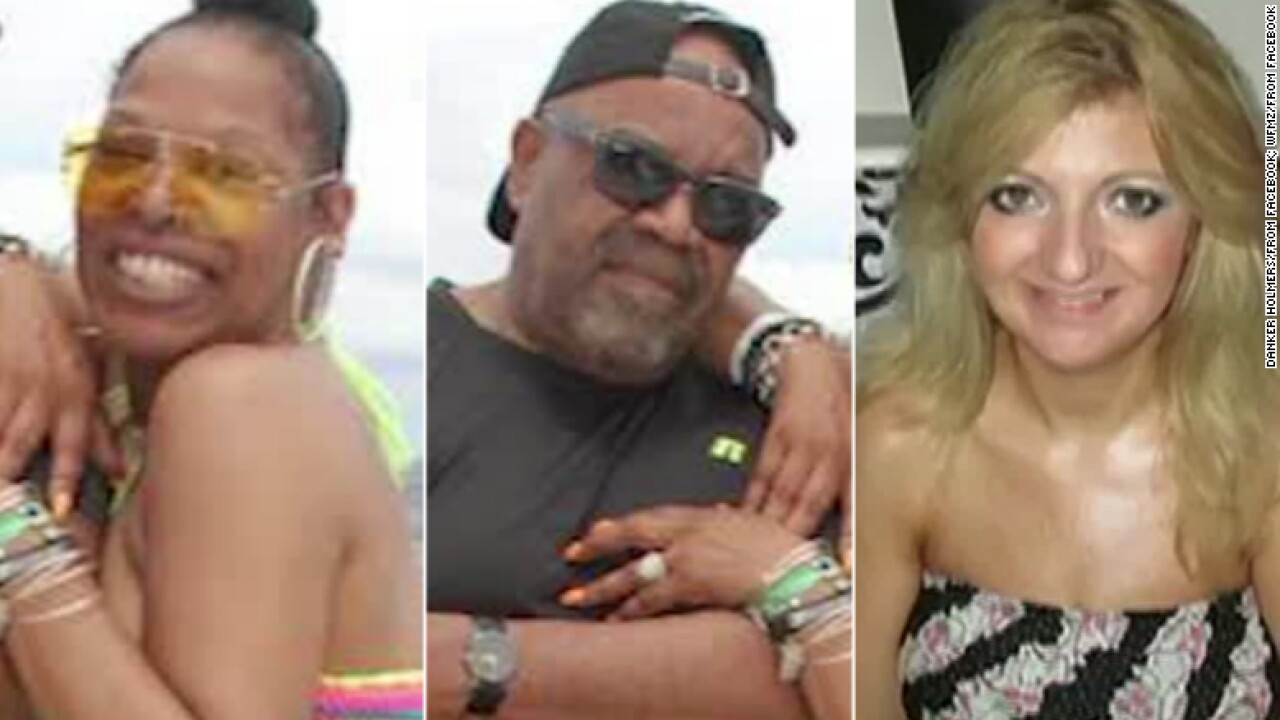 Pennsylvania resident Miranda Schaup-Werner checked into a resort in the Dominican Republic on May 25 and was excitedly taking pictures in the room she shared with her husband.

Suddenly, she felt ill after a drink from the minibar, family spokesman Jay McDonald told CNN affiliate WFMZ. Shortly after, she collapsed and died.

Schaup-Werner is one of three Americans who’ve mysteriously died within a week at a resort in the Caribbean nation.

Five days later, Maryland couple Edward Nathaniel Holmes, 63, and Cynthia Ann Day, 49, missed their scheduled checkout time at another hotel at the same resort. When hotel employees checked on them, they were dead, police said.

‘We just want to understand this’

Hotel workers found Holmes and Day on May 30. They checked into the hotel on May 25 — the same day as Schaup-Werner and her husband, Dan Werner, who were celebrating their wedding anniversary.

“The bizarre issue of the same hotel and these things happening within days of each other and the complete unexpected nature of what happened to Miranda, we just want to understand this,” McDonald told the affiliate.

“At one point, she was sitting there happily smiling and taking pictures and the next moment she was in acute pain and called out for Dan and she collapsed.”

Holmes’ daughter said she wants the mystery of her father’s death solved.

“It should have never happened,” Dajuan Holmes-Hamilton said.

A taxi driver who picked up Schaup-Werner and her husband from Santo Domingo Airport and dropped them off at the resort told CNN the couple appeared happy and tipped generously.

The driver, who did not want to be identified, said the trip took 40 minutes from the airport to the hotel. Once they arrived, he helped them with their luggage and took off.

Days later, the driver said, he went to pick them up for their return trip back to the airport, and was told they’d checked out.

He found out Schaup-Werner had died from the news, he said.

Holmes and Day were from Prince George’s County, and were supposed to fly back home the day they were found.

They’d spent several days in the Dominican Republic taking part in several activities. Three days before they were found dead, they went on an excursion to Isla Saona, according to Bahia Principe Hotel. The hotel also believes the couple visited the capital of Santo Domingo because a bag from a pharmacy there was found in the room.

Days before their deaths, Holmes posted Facebook photos of him and Day enjoying their time in open waters.

“Boat ride of a lifetime!!!” one caption said.

The bodies of all three Americans were transported to forensic science institutes in the the nation for examinations, officials said.

In the case of Schaup-Werner, paramedics provided first aid, but she died in the room, according to Col. Frank Felix Durán Mejia of the Dominican Republic National Police. Her cause of death has not been determined, and a toxicology report is pending, but no violence was involved, the police official said.

Prosecutors are investigating the circumstances of her death, the nation’s attorney general’s office said Wednesday.

As for Day and Holmes, police said an autopsy concluded the couple had respiratory failure and pulmonary edema, an abnormal buildup of fluid in the lungs.

Blood pressure medications were found in the room, along with three medications, including an opioid and an anti-inflammatory, according to police and the attorney general.

The resort operator, Bahia Principe Hotels & Resorts, said it followed all security protocols. There are no indications of any connection between the two cases, it said.

Authorities did not provide a cause of death in Schaup-Werner’s case. However, the resort said it “was determined to be a heart attack.” It said her husband provided statements saying she had a history of heart conditions.

McDonald said Schaup-Werner was treated for a heart condition 15 years ago but had not had more recent issues.

“She had been seemingly healthy. He was not aware of anything going on with her health,” he told the affiliate.

And while police told CNN on Monday that Day and Holmes died as a result of respiratory failure and pulmonary edema, the hotel said Wednesday that their cause of death has not been determined.

“The case of Mr. Holmes and Ms. Day remains under investigation by the authorities with the results of toxicology tests still pending,” the resort operator said. “We disapprove of any conjecture on possible causes of death and urge all to respect the families while the investigation is ongoing.”

Tourism is a key part of the nation’s economy, and its coastal resorts are a popular choice for travelers.

The tourism industry made up more than 17% of the country’s economy last year, according to the World Travel & Tourism Council.

Forty-eight Americans died in the Dominican Republic between 2016 to 2018. The deaths were a result of several things, including drowning, homicide, suicide, vehicle or other types of accidents, the State Department said.

The three recent deaths happened a few months after a car crash in the Dominican Republic killed two other Americans.

In March, a car carrying New York tourists Orlando Moore and Portia Ravenelle plunged into the Caribbean after the pair left for the Santo Domingo airport to catch a flight home, the nation’s police said. The body of Moore, 40, was found at sea, authorities said.

Fishermen found Ravenelle, 52, and took her to the hospital, but she died days later.