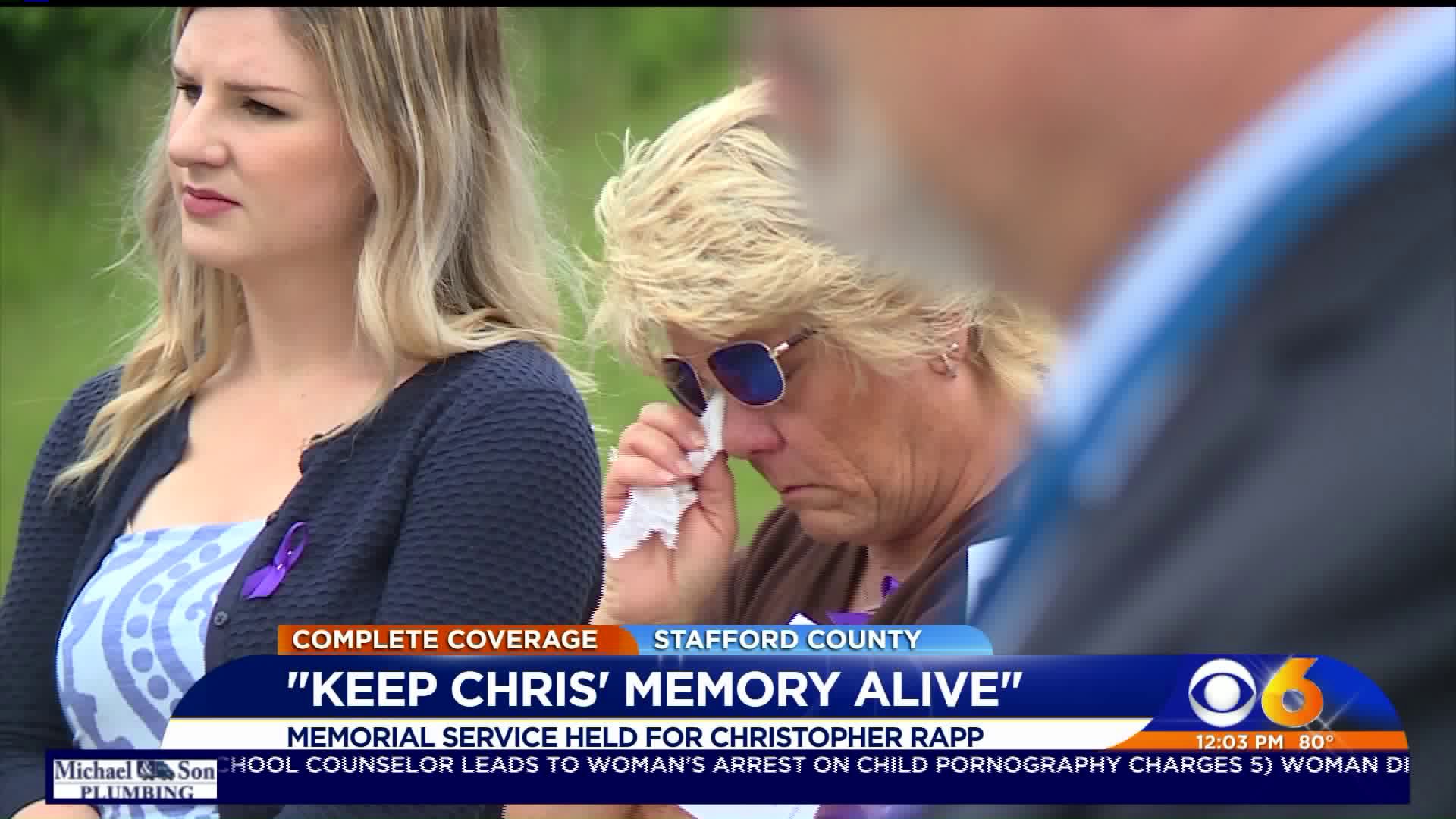 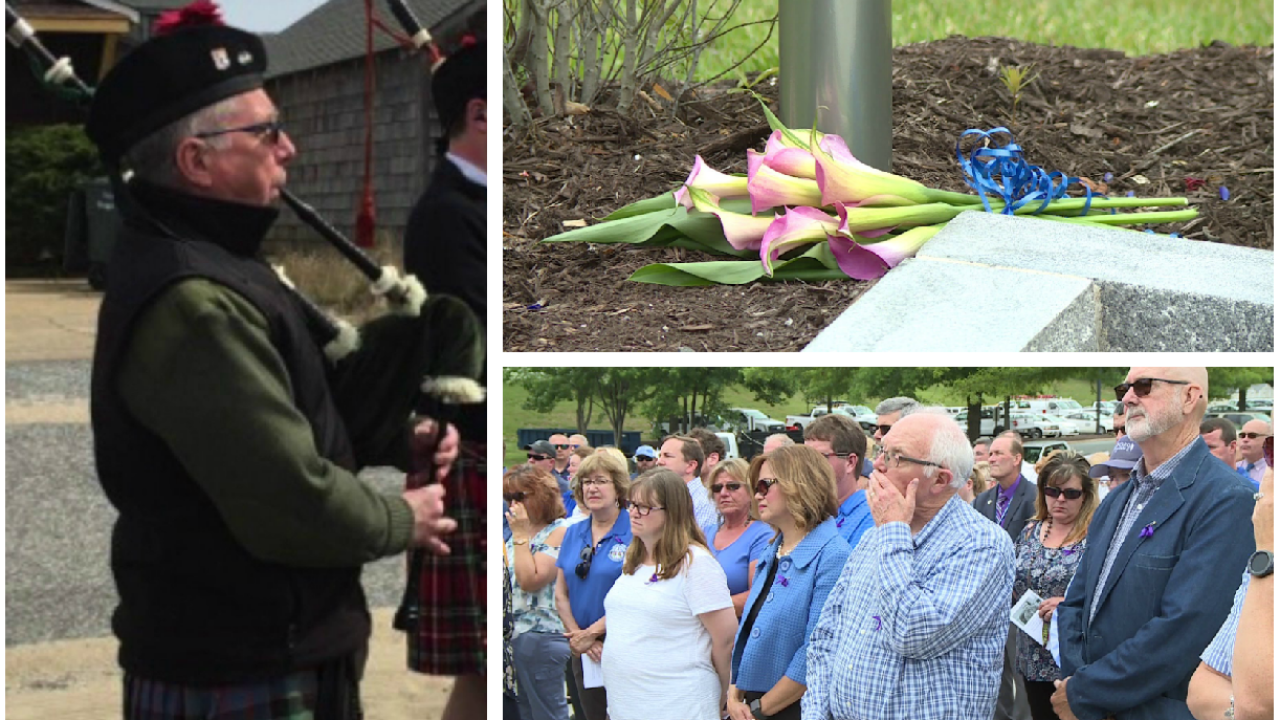 Rapp was a former Stafford County Public Works Director (2015 -2017), before working for the city of Virginia Beach and after working for Powhatan County for eight years.

Rapp, who worked as an engineer in Virginia Beach's public works department for 11 months, died on May 31.

On Wednesday, many coworkers and friends came not only to honor Rapp but also all 12 lives that were taken during the mass shooting.

“He was a kind man who treated everyone with dignity and respect,” said Chairman of the Stafford County Board of Supervisors Gary Snellings.

There were tears shed and fond memories of Rapp shared among the crowd.

County officials say they were truly blessed to have worked with him.

“Keep Chris’ memory alive and the memory of those others that passed and died with him. Don’t let them die in vain. I think that now we can… maybe take things and make a positive thing out of this,” said Snellings. “Maybe we need to sit down and examine what we can do to prevent future mass shootings. But, as long as we trust in God, I think we’ll all get through.”

Rapp leaves behind his wife Bessie and his parents Mike and Patty Rapp.

Memorial services and vigils are happening all this week across Virginia.

Tidewater Pipes and Drums will be giving a tribute in Rapp’s honor at the Virginia Beach Municipal Center on Wednesday at 7 p.m. The public is welcomed to attend.

The County of Powhatan released a statement Monday expressing sadness about the shooting and the death of Rapp who they described as an “exceptional employee.”

“We are deeply saddened by the senseless and tragic loss of 12 of our fellow public servants in Virginia Beach City Government. We stand in solidarity and support of our colleagues and ask for peace and healing for all involved.

Tragically, one of the victims, a longtime resident of Powhatan County, Christopher Rapp, was one of our own having previously worked for Powhatan County Public Works Department for 8 years. Chris was an exceptional employee of excellent character and a kind and compassionate co-worker. His contributions to our community include the Fighting Creek Park Complex and the Huguenot Public Safety Building. We have offered support to employees that may be having a difficult time coping with this tragic event, and will be allowing employees to attend memorial services for Chris as they choose.

All of the victims' families, friends and co-workers are in our thoughts and we will continue to offer support locally as well as to the City of Virginia Beach as any needs arise in the coming days.”