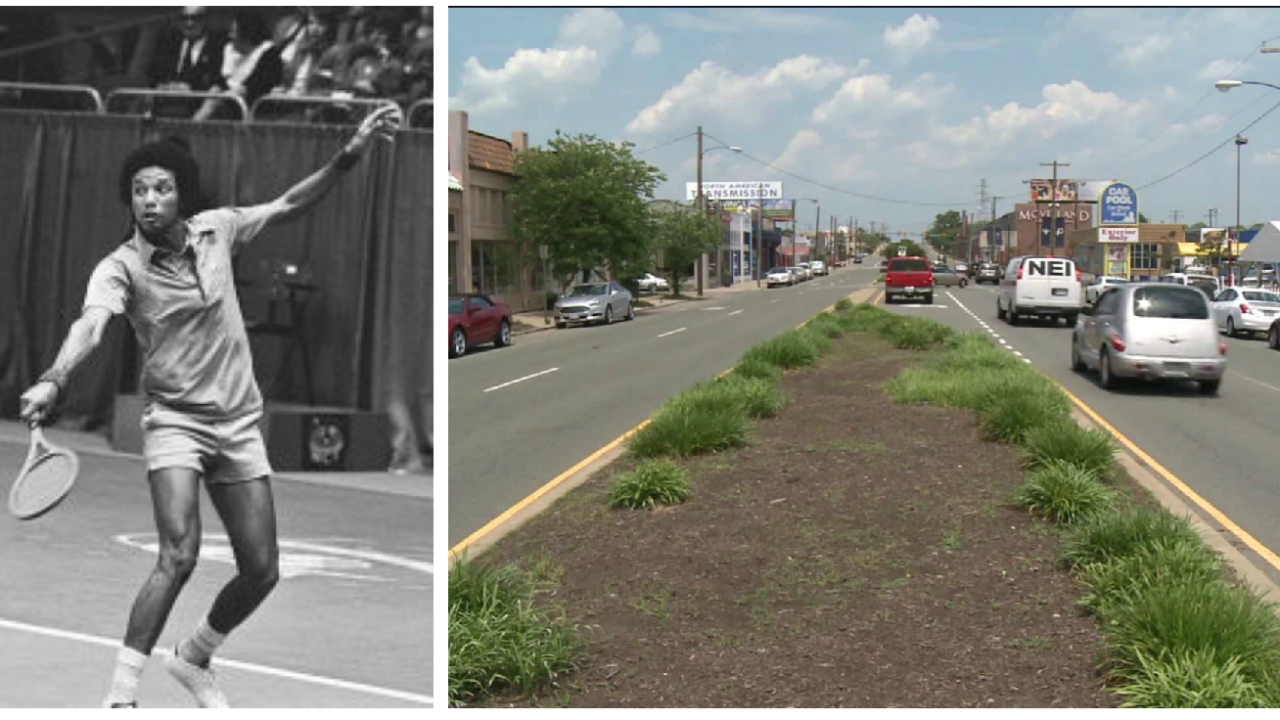 RICHMOND, Va. — The City of Richmond is planning a three-day celebration to commemorate the renaming of the Boulevard to Arthur Ashe Boulevard.

Beginning Thursday, June 20, the city will hold several family-friendly events from bowling and movies at the park, culminating with an official sign unveiling on Saturday, June 22.

Ashe, a Richmond native, was once barred from playing tennis on the courts of Byrd Park as a child because he was African American. He went on to be the first and only black man ever to win the singles title at Wimbledon, the US Open, and the Australian Open.

Now, Arthur Ashe Boulevard will span the length of the current Boulevard from Brookland Parkway and Westwood Avenue to those tennis courts at Byrd Park.

“Arthur Ashe is one of Richmond’s true champions,” said Richmond Mayor Levar Stoney. “Not only on the court, as one of the world’s greatest tennis players, but off the court, as a champion for equality and social justice. He is more than worthy of this honor.”

The week of events to celebrate Ashe are all free and open to the public and designed to re-introduce Ashe’s inspiring life story.

The full schedule of community events:

In addition to state and local elected leaders and members of Ashe’s family, Civil rights leader and U.S. Rep. John R. Lewis, (D-Georgia) will be in attendance.

The congressman will deliver the keynote address.

“This is an extremely moving time for my family, but I think it’s also a tremendous success for Richmond as a progressive city,” said David Harris, nephew of the late Arthur Ashe and a key supporter in the Boulevard’s re-naming. “Not only will everyone be coming together to celebrate our local, world-renowned tennis legend, but we’re also putting a stake in the ground for Arthur Ashe’s legacy of social justice, which is good for all of us.”