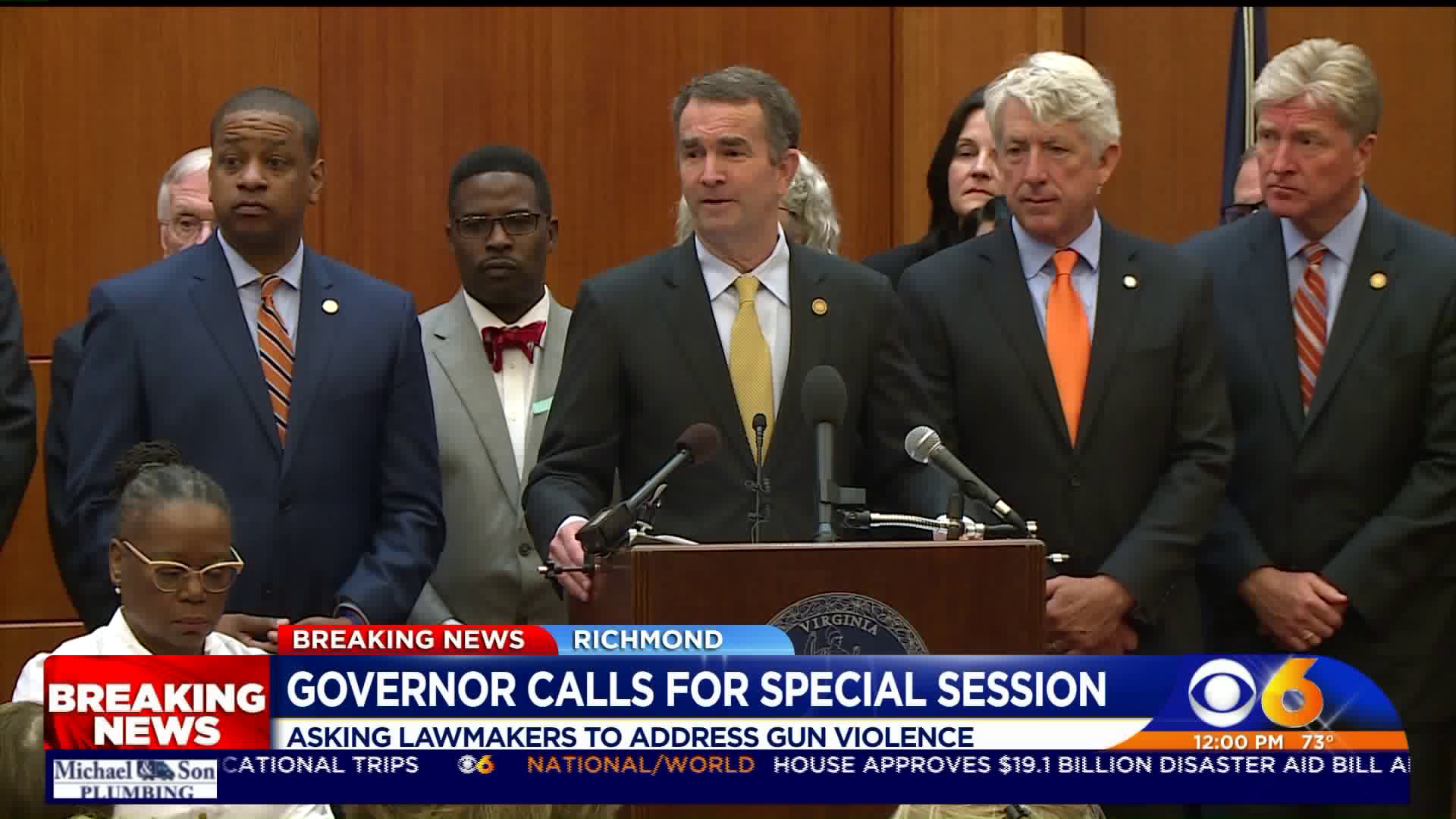 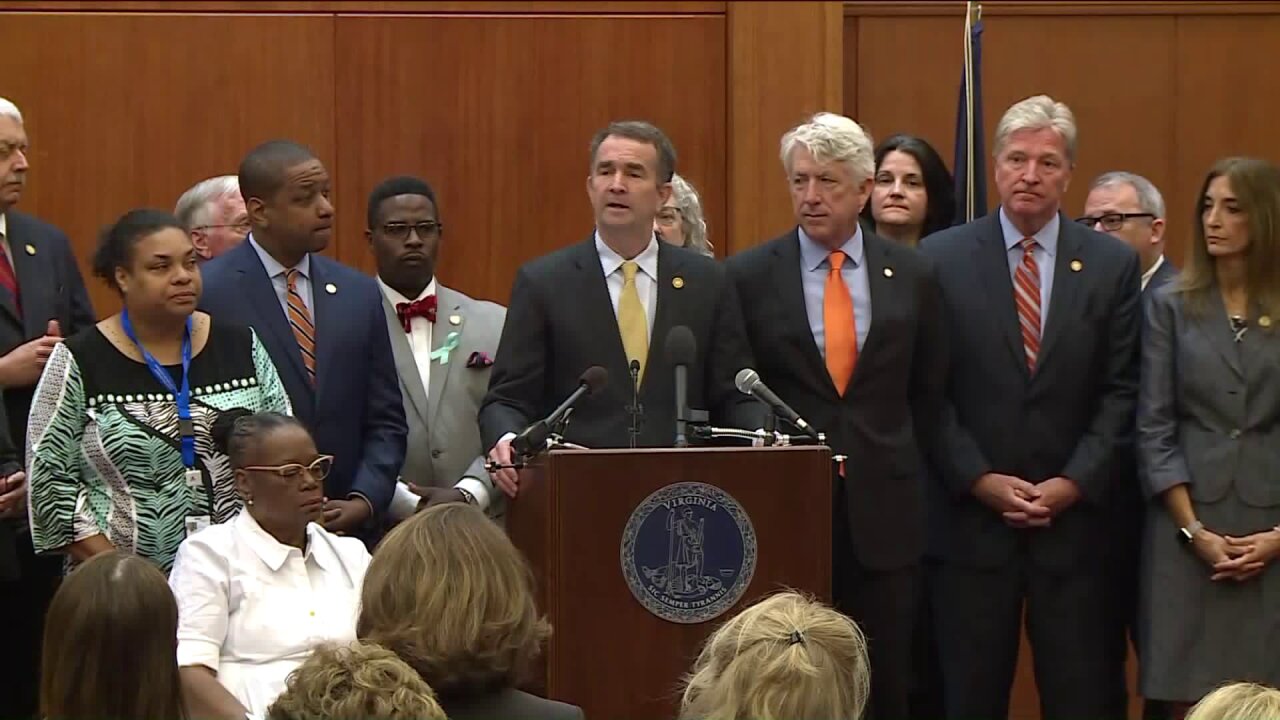 "We must do more than give our thoughts and prayers. We must give Virginians the action they deserve," the governor, flanked by fellow Democratic leaders, said during the Tuesday morning press conference. "No one should go to work, to school, or to church wondering if they will come home."

During the special session, the date of which has not yet been announced, the governor planned to reintroduce many of the gun laws he tried to pass earlier this year.

Those gun laws include:

The governor urged Virginia lawmakers to allow the proposed gun laws to go before the entire General Assembly for a vote and not kill them in a small subcommittees.

"Business as usual, with leadership shielding most of their members from taking tough votes by setting early morning hearings before small subcommittees, won't cut it. Virginians deserve leadership, and they will be watching. The nation will be watching," he said. "I will be asking for votes and laws, not thoughts and prayers."

"While the Governor can call a special session, he cannot specify what the General Assembly chooses to consider or how we do our work," Speaker Cox said. "We intend to use that time to take productive steps to address gun violence by holding criminals accountable with tougher sentences -- including mandatory minimums.

"Following the tragedy at Virginia Tech in 2007 and 2017’s shooting in Parkland, Florida, Virginia took a very deliberative approach that ultimately ended in substantive and bipartisan reforms to keep our communities safer. The governor’s call to Special Session is more likely to inflame political tensions than produce substantive public policy changes that will keep people safe.

“We believe addressing gun violence starts with holding criminals accountable for their actions, not infringing on the constitutional rights of law-abiding citizens.

"When the Special Session convenes, Republicans will put forward a package of legislation to stiffen penalties for those who use firearms to commit crimes, including mandatory minimum sentences. These steps, combined with our ongoing efforts to strengthen the mental and behavioral health system, are the best ways to keep our communities safe from those who commit violence with guns.

"The House of Delegates will convene upon the Governor’s call as constitutionally required and work within the rules we adopt and the regular legislative process to consider any matter before us. Our actions will be based on sound public policy and the best interests of the Commonwealth.”