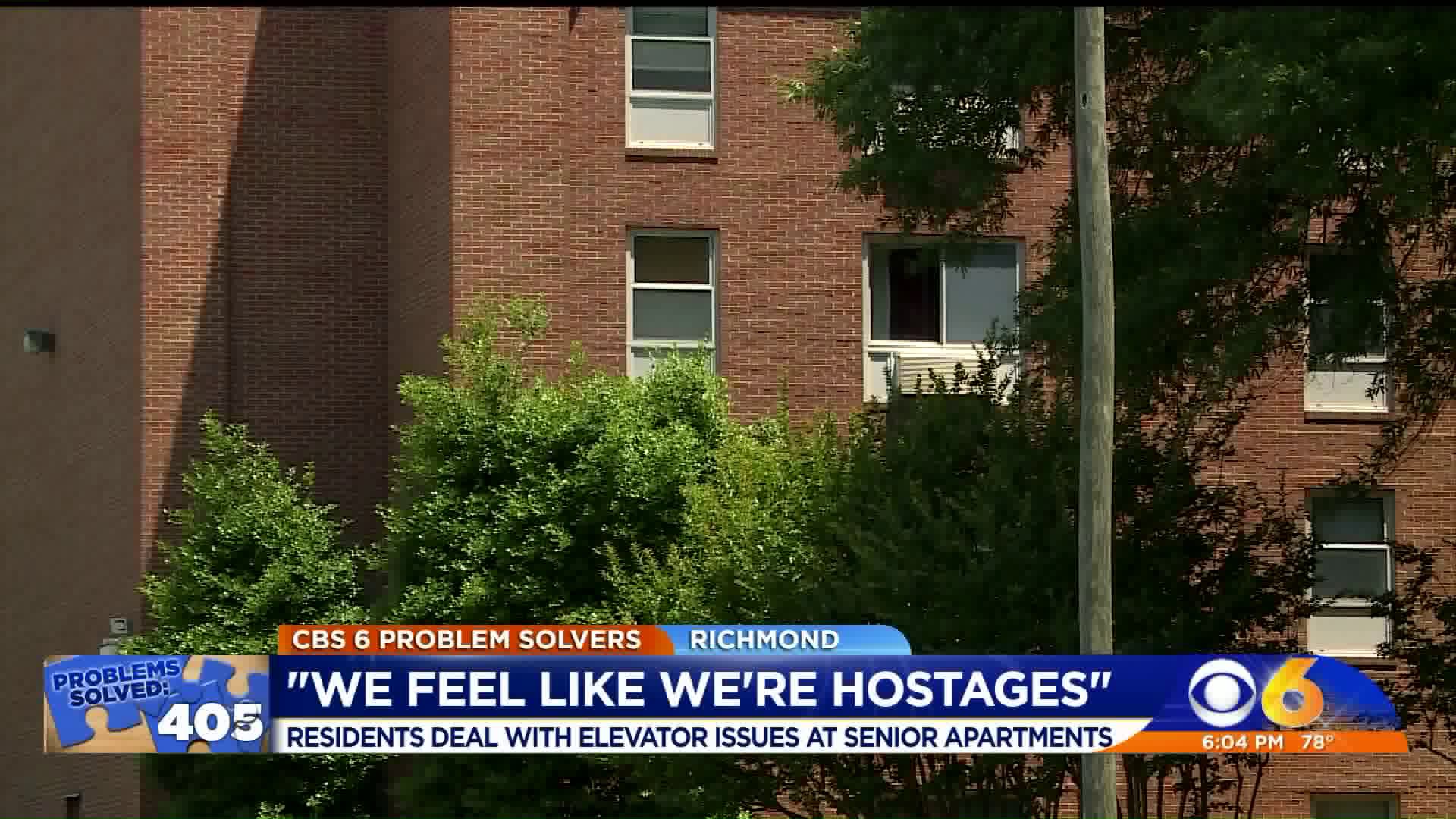 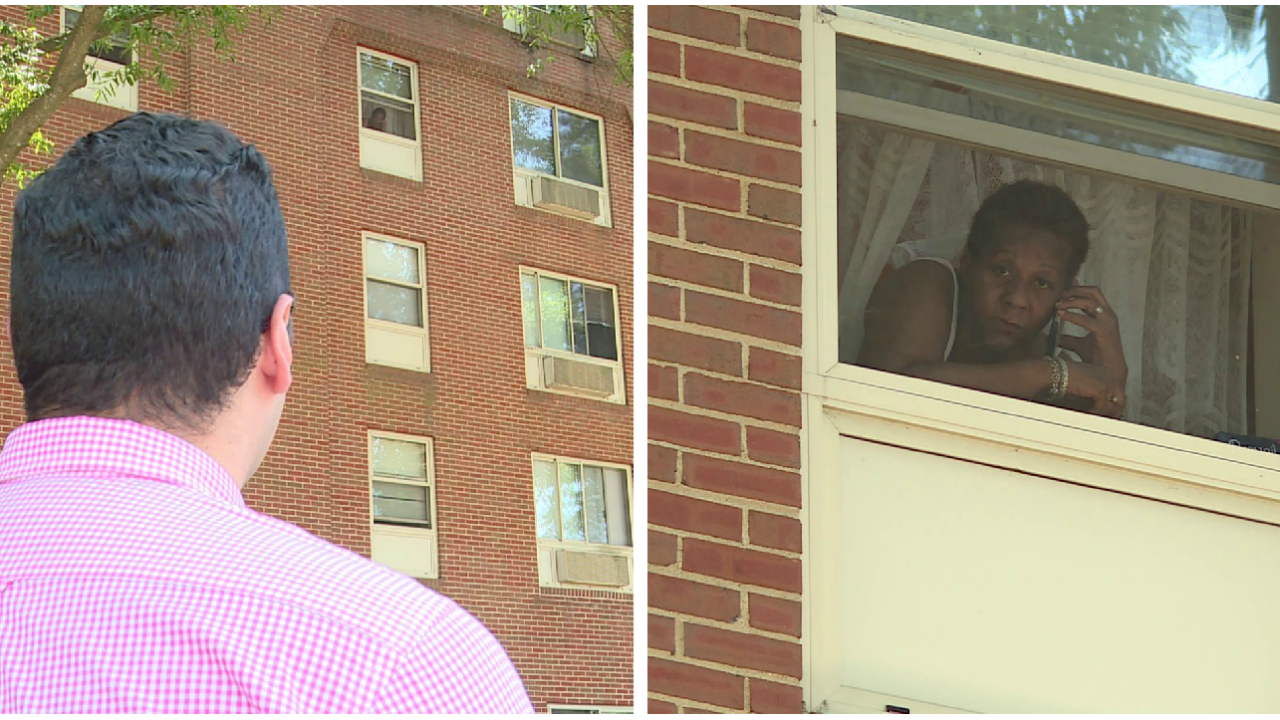 RICHMOND, Va. -- Residents at a low-income housing facility tell the CBS 6 Problem Solvers that they are fed up with persistent elevator problems that are stranding some tenants.

The latest complaints stem from a Thursday incident when flooding shut down the elevators at the Fairmount House on North 21st Street in Church Hill.

CBS 6 spoke to Theresa Bora by phone Tuesday morning because she said she was stranded on the fourth floor.

"We've been out of an elevator since last Thursday when the water went down," Bora explained. "Now that the elevator is really not working and we can’t get down cause a lot of us are sick."

Bora said a heart condition and a bad knee keeps her from walking up and down the four flights of stairs to her apartment she's lived in for six years.

"We feel like we hostages," Bora stated. "I'm scared if I get down there I won’t be able to get back up."

"Church Hill and Fairmount offer affordable housing to seniors and those with disabilities in the heart of the historic Church Hill district of Richmond."

Apartment management said a person helping a resident move a couch off the elevator on the 5th floor of the building struck a sprinkler in the ceiling causing the flooding.

"The force snapped off the sprinkler head, causing significant flooding that damaged the electrical controls of the elevator," wrote Ed Cafasso, a Fairmount House spokesman.

Arlene Munford relies on elevators to get to her third-floor apartment after suffering a stroke more than a decade ago.

"I looked at the out of order signs on the elevator. I said, 'What in the world? I gotta walk again?'" Munford said.

One elevator is currently working and one will be restored to service as soon as parts arrive to replace those damaged in the incident. We hope to have the second elevator working by the weekend, if not sooner.

Property staff immediately alerted the fire department and also contacted the Red Cross to seek their assistance in helping residents with mobility issues.

Staff also spoke with each resident to make them aware of the situation and to offer them hotel rooms, if needed. Residents also were provided food over the weekend. We urge any resident who feels they need assistance to contact the management office for help.

As the response to these two issues show, property staff responds promptly to all issues that we are aware of, giving priority to those that could affect health and safety. Residents should feel comfortable coming and going as needed. If they need assistance, our property staff is ready to help and we urge them to contact the management office. We thank residents for their patience.

A resident said they weren't given food. Other tenants said the elevators need replacing and fear they will fail soon.

"There are people who live up further in wheelchairs -- they can’t even get down, so they just stay up until somebody comes and does something for them," Bora said.

A spokesperson with United States Department of Housing and Urban Development said their team was made aware of the elevator situation when a resident called their Richmond Field Office.

"HUD was unaware of a ceiling collapsing nor had there been any bedbug issues reported, but the owner/management was aware and has taken steps to address both issues. Property management anticipates the ceiling repair will be completed on Thursday, June 6," the HUD spokesperson wrote.