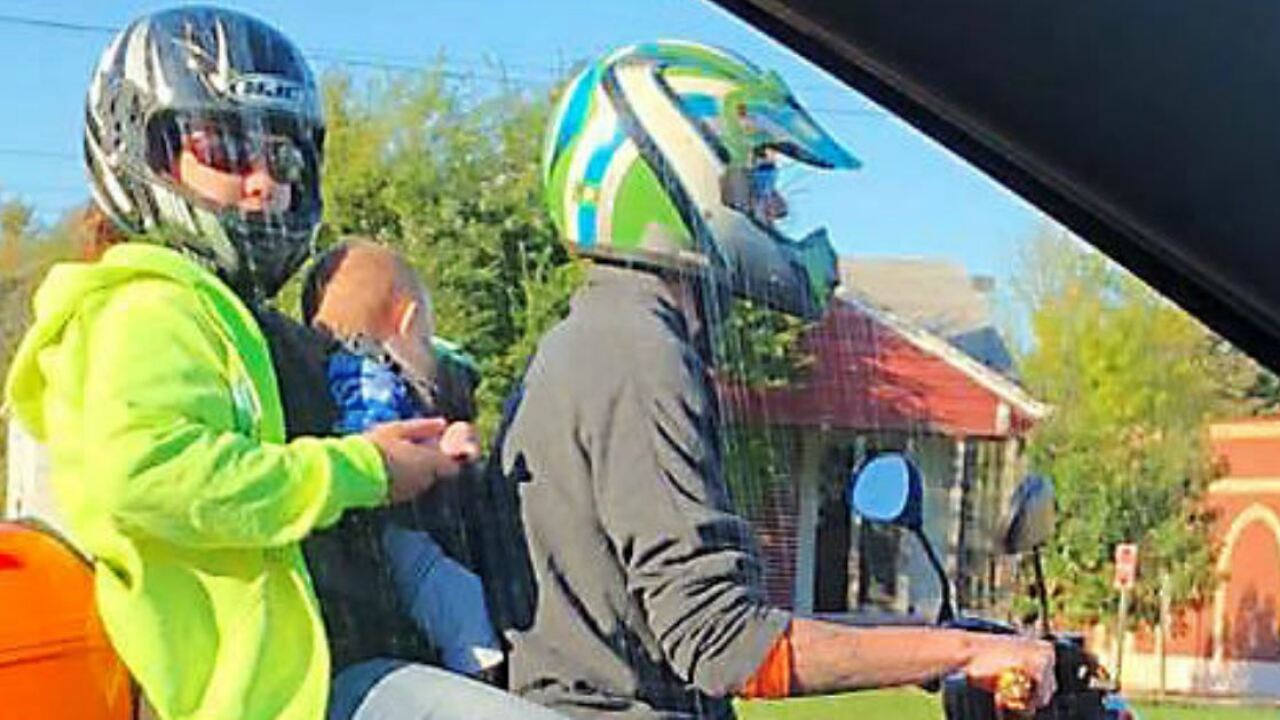 Mom and dad arrested for riding moped with infant between them

SPOTSYLVANIA COUNTY, Va. – The Spotsylvania County couple who was photographed riding on a moped with their son was convicted of child neglect on Monday but won’t serve any jail time.

The child’s parents, Cane Hartwick Jr., 27, and Athena Colon, 24, entered Alford Pleas on felony child neglect. which means the couple did not admit guilt but acknowledged there was enough evidence to convict them.

Hartwick and Colon were sentenced to three years in prison with all three years suspended, meaning the couple will not receive an active jail sentence.

In the photo that went viral, the couple is seen wearing helmets while riding the moped with the infant between them. The child, who was not wearing a helmet, was strapped to Colon’s chest with a baby harness.

Investigators said the Emergency Communication Center received multiple calls about a very young child riding as a passenger on a moped in the area of Plank Road and Salem Church Road. Deputies were able to catch up to the moped.

Hartwick and Colon were arrested and charged with felony child neglect.

Shortly after his arrest, Hartwick told CBS 6 that there was a reason why they brought their then 5-month-old son on a high-speed moped ride.

Hartwick explained that he was making very little money and that he and his wife relied on the WIC program to receive formula for their son.

He explained that the moped was their family’s only form of transportation.

“I feel like if that is the only thing you can afford, and you are a low-income family… it’s a vehicle, they still should be able to put a car seat on there or something you know,” explained Hartwick.

He also said that he couldn’t afford a taxi and couldn’t get anyone to watch his child, who can’t be left home alone with his wife due to her seizures.