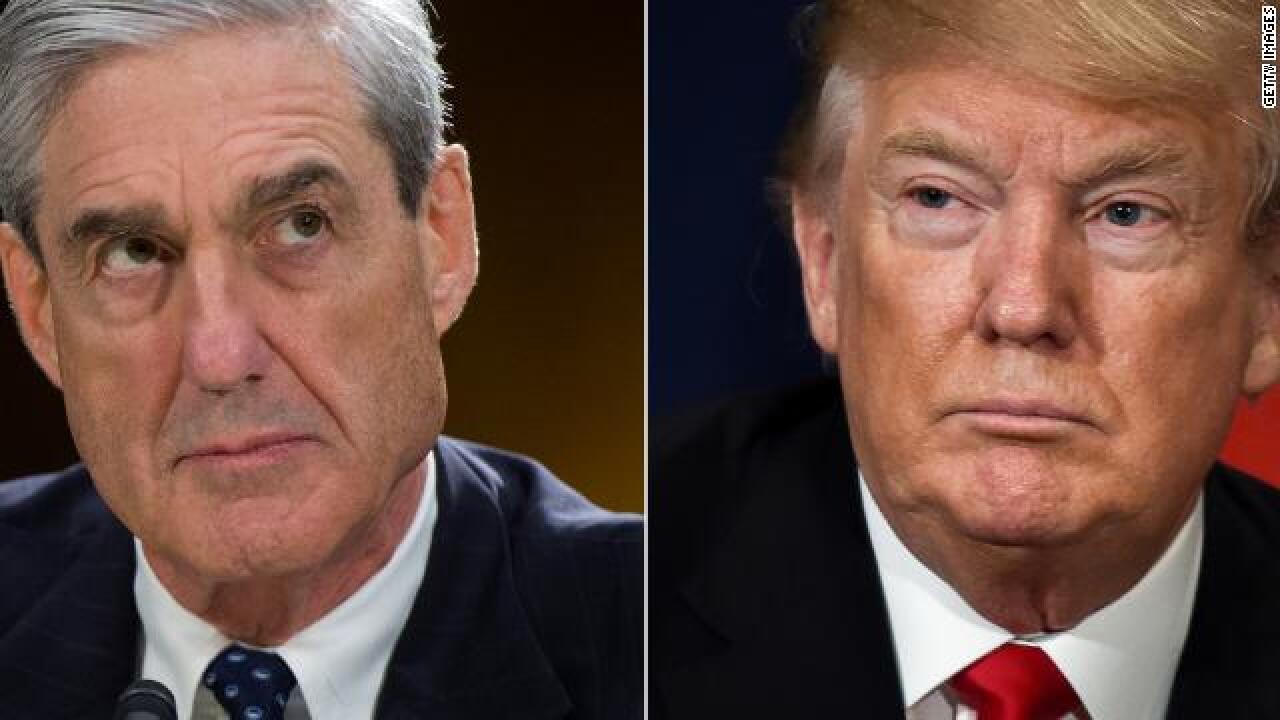 By: CNN Wire
Posted at 10:25 PM, Jun 03, 2019
(CNN) –President Donald Trump’s associates are looking to special counsel Robert Mueller for help in fending off a lawsuit from the Democratic National Committee over Russian influence in the last presidential election.

Jared Kushner, Roger Stone and Trump’s Russia-connected real estate contacts have pointed to Mueller’s lack of a conspiracy case regarding the Trump campaign and the Russian government as they defend against the lawsuit, which has already outlasted the Mueller probe.

Even with Mueller’s investigation over, however, the lawsuit could keep questions of Trump’s connections to Russia lingering in the court system.

Mueller did not find evidence to charge any Americans with conspiring with the Russians, though prosecutors have alleged that Russian government actors broke US law as they attempted to help Trump in the election. In the Mueller report, the special counsel found many times when Trump associates had been in touch with Russians in 2016, and documented how Trump campaign officials had realized that Trump could benefit from the Russians’ efforts.

Mueller also noted in his report that he couldn’t get to the bottom of some questions he had examined — after being stymied by missing evidence or absent witnesses, hearing false statements from key target Paul Manafort and receiving contradictory stories from witnesses.

Mueller ended his investigation in late March and the Justice Department released a redacted version of his report in mid-April.

If the Democrats’ lawsuit were to move forward in court — a big if — the party could seek out evidence Mueller compiled and attempt to interview key players in the investigation through subpoenas for depositions — then put those findings on display.

The lawsuit made a splash when the DNC filed it more than a year ago, alleging that the Trump campaign, Russia, WikiLeaks founder Julian Assange and several of Trump’s relatives and associates had participated in a grand conspiracy that harmed Democrats through the publication of internal party emails during the 2016 presidential campaign. The DNC charges that the Trump campaign and its top brass were a “willing and active partner” of Russia.

The Trump campaign previously called the lawsuit a sham and frivolous.

On Monday, two defendants, the Azerbaijani-Russian real estate developer Aras Agalarov and his pop-singer son, Emin, became the first to nod to the Mueller report in the lawsuit.

The Agalarovs were in contact with Trump for years as he sought real estate development in Moscow, and they prompted a meeting between Russians and the campaign in June 2016 at Trump Tower with an offer to Donald Trump Jr. of “information that would incriminate Hillary Clinton.”

“The absence of such allegations is no mere error in (the lawsuit’s) pleading: the Trump Tower meeting has been the subject of widely-reported and extensive investigations by the Office of the Special Counsel and multiple committees of Congress,” the Agalarovs’ attorney wrote in a filing Monday. “None of those investigations uncovered any connection between the Trump Tower meeting, the Agalarovs, and any alleged hacking by the Russian government.”

The Agalarovs were not criminally charged.

Other defendants in the DNC suit include Russia, the Russian military intelligence agency the GRU, WikiLeaks, Assange, the Trump campaign, Trump Jr., Manafort, Stone and Kushner.

Kushner’s legal team also used the Mueller report as part of its argument on Monday, citing it directly. “Special Counsel Robert Mueller’s report found that Kushner did not solicit or receive anything of value at the (Trump Tower) meeting, and considered it a ‘waste of time,’ ” Kushner’s court filing said.

His court filing also says he didn’t attempt to obstruct justice, quoting a Mueller report line that says investigators didn’t find any agreement between officials to obstruct during the campaign or transition. Kushner was not charged with any crime.

Stone relies on the Mueller report even more heavily in his argument Monday. He says the lawsuit should be dismissed, “particularly in light of the publication of the Mueller Report detailing the findings of the Office of the Special Counsel,” according to his court filing.

Stone was criminally charged by Mueller with obstruction, lying to Congress and witness intimidation. He has pleaded not guilty and awaits a November trial. Several details about his case are not yet public.

Responses from several other defendants in the case, if they choose to file them, are due Monday, including from the Trump campaign.

https://s3.amazonaws.com/cnn-newsource-image-renditions-prod/POL_MUELLER_INVESTIGATION_TRUMP/S110096643_thumbnail.JPG
Copyright 2020 Scripps Media, Inc. All rights reserved. This material may not be published, broadcast, rewritten, or redistributed.