Instead of a graduation bash, this high school senior threw a pizza party for the homeless 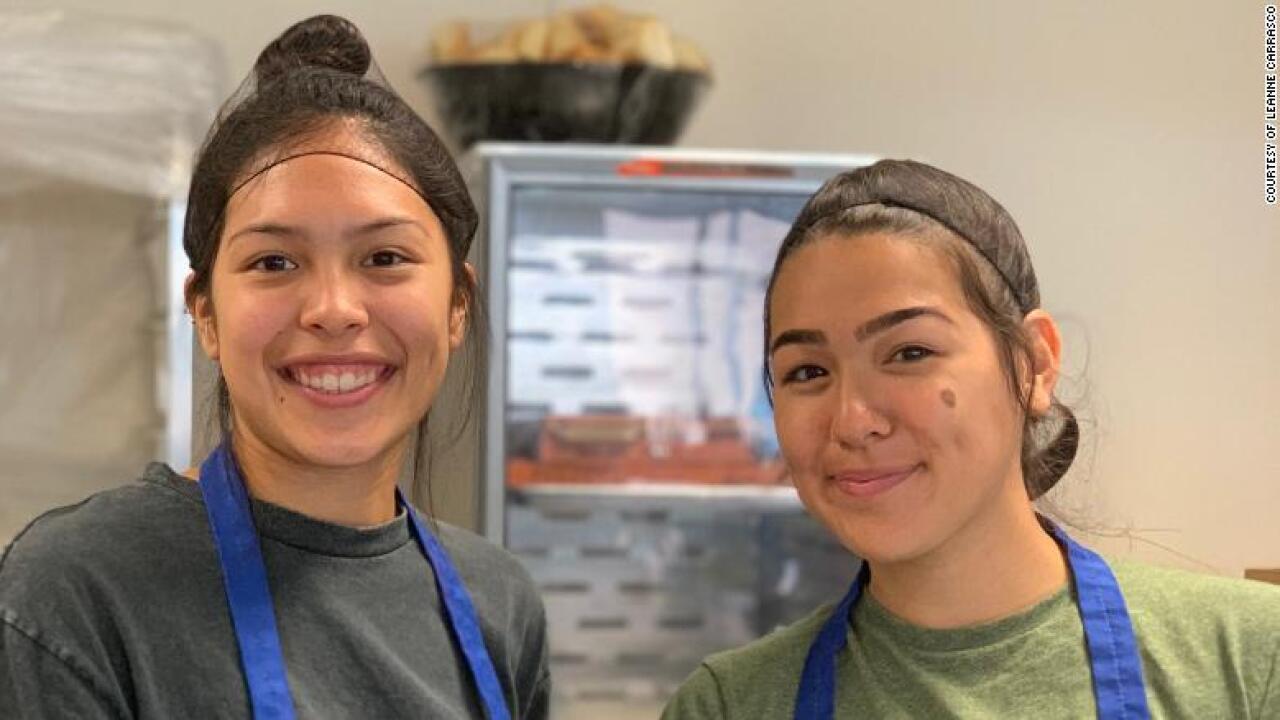 Leanne Carrasco, right, and a friend at the Star of Hope Family Development Center in Houston.

Leanne Carrasco, right, and a friend at the Star of Hope Family Development Center in Houston.

Leanne Carrasco ordered 95 pizzas. The high school senior and her friends filled up goody bags and awaited a celebratory crowd. But this was not your typical graduation party.

Carrasco didn’t want that. Instead, she gave back with a pizza party at a homeless shelter for women and children in Houston, Texas.

It took her a month to prepare

Carrasco had volunteered before, with her family, at the Star of Hope Family Development Center. But this time was different.

She enlisted a bunch of her friends and got to work.

In the month leading up to the party they collected toothbrushes, toothpaste, hand wipes, and deodorant. They packed them into 400 hygiene bags to hand out to residents of the shelter.

On Sunday, it was party time. The pizza was a hit, and so were the bags.

Leanne Carrasco and her friends pose after serving pizza to some 200 homeless women and children.

But Carrasco and her friends gave the residents something more than just food and soap.

“They (the teens) had respect for the these people. They saw them as peers,” said Scott Arthur, a spokesman for Star of Hope. “The residents saw this as a validation that people do care.”

For the shelter residents, it was a magical day

In all Carrasco and her friends served about 200 people.

“It was a very magical day,” Arthur said. “It gives you a hope for the youth of today. They (the high schoolers) were able to think of other people.”

Residents of the shelter gave Carrasco a standing ovation and lined up to hug her, moved by her compassion.

“I told her this was her final exam, and she got an A plus,” Arthur said.

But the praise won’t go to Carrasco’s head anytime soon. The graduating senior plans to enroll this fall at Briar Cliff University and study nursing.

“I think you should always know you’re lucky to have what you have,” she said. “Don’t take that for granted and continue to give.”