Powhatan man killed in Virginia Beach shooting: ‘This is a big loss’ 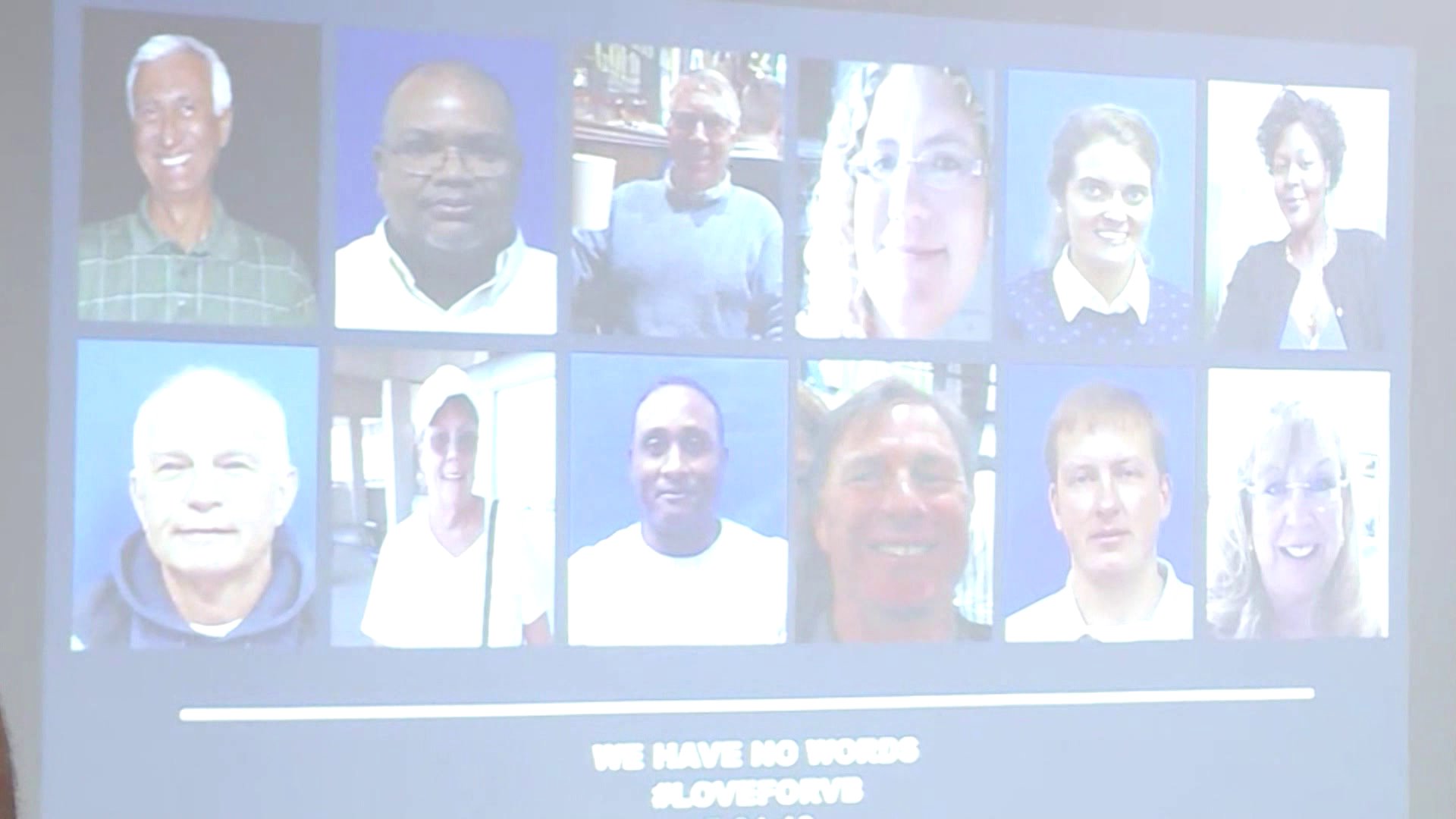 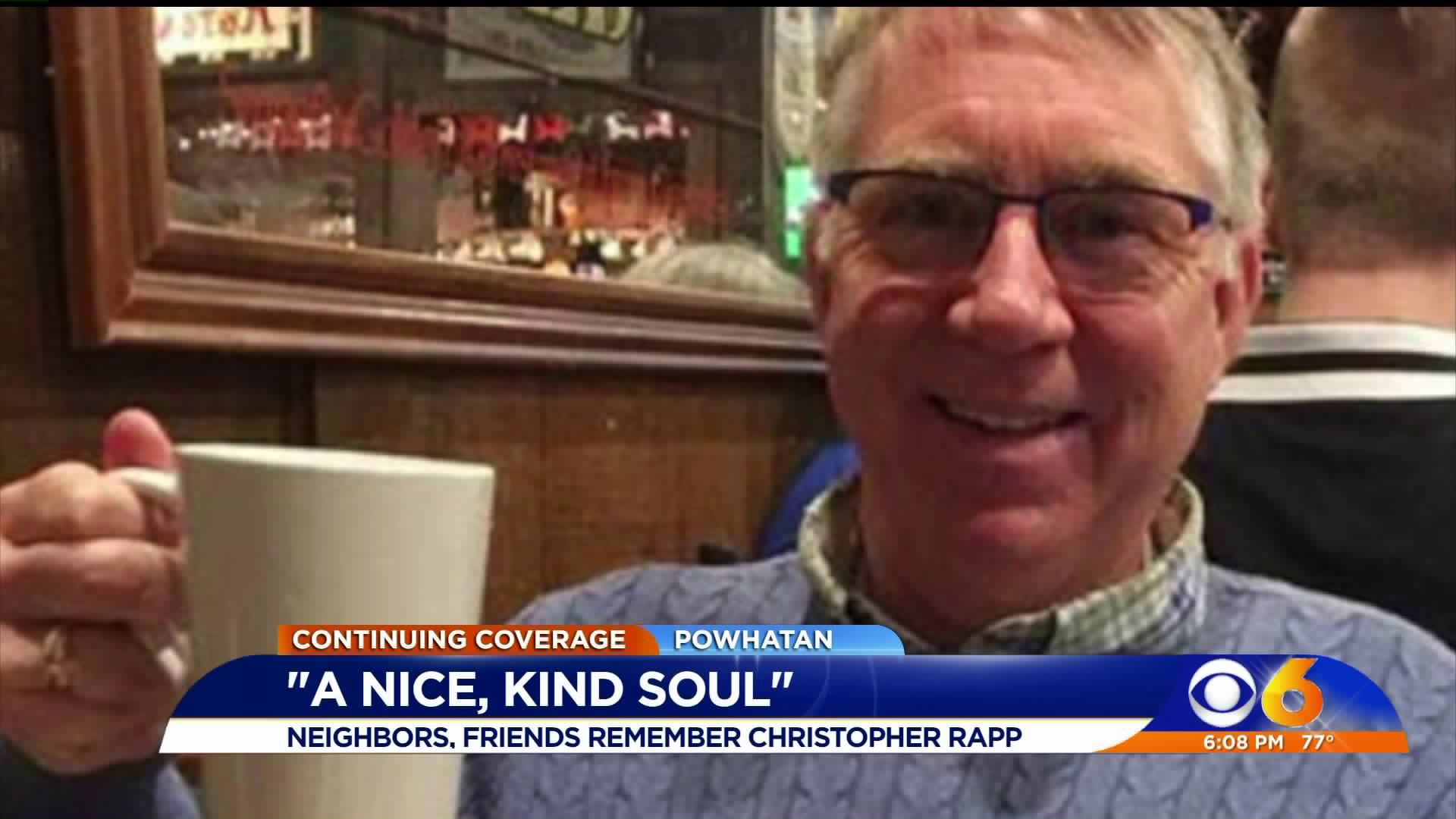 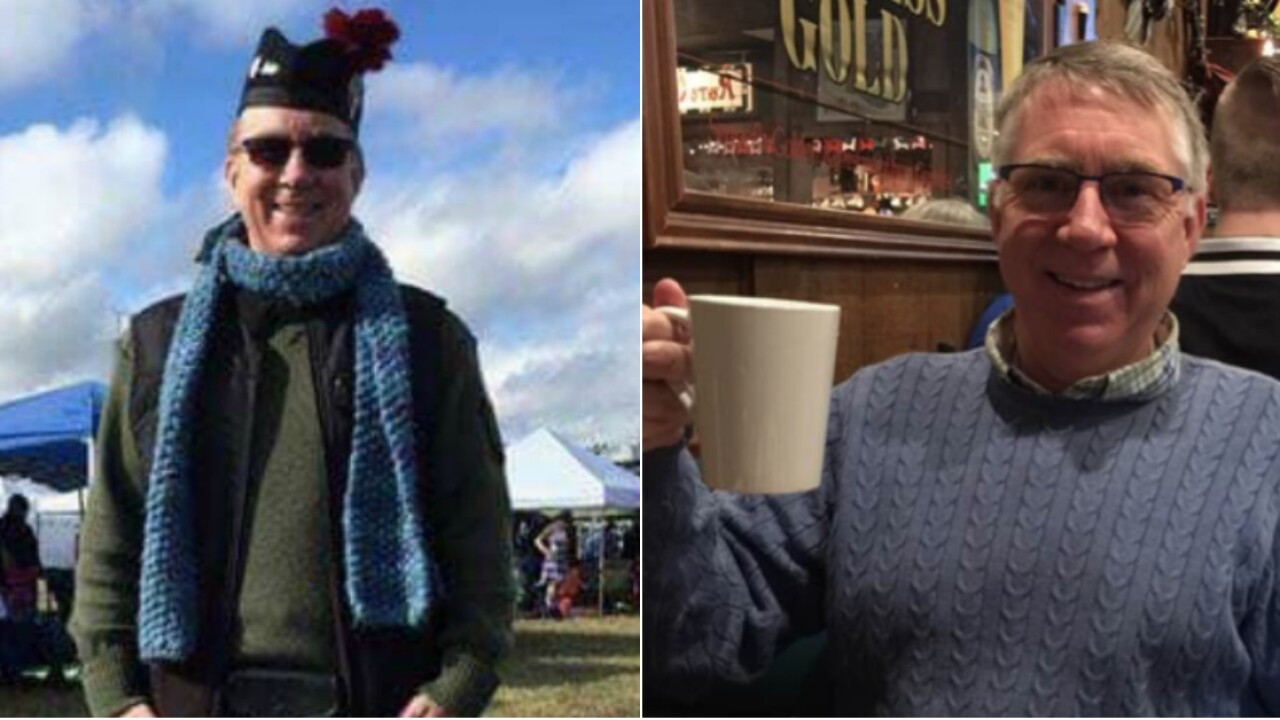 POWHATAN COUNTY, Va. -- A Powhatan man is among the 12 people killed after a gunman opened fire inside the Virginia Beach Municipal Center Friday afternoon.

Christopher Kelly Rapp, who had who had worked as an engineer in Virginia Beach's public works department for 11 months, died in the shooting, Virginia Beach city officials said in a news conference Saturday morning.

While Rapp had only been working for Virginia Beach for just under a year, he had much deeper roots in Powhatan County where he lived and previously worked.

Ann Hatcher was saddened to learn of her neighbor's death Saturday morning.

"[I'm] in shock. I mean, we know death can come at any time, but to answer the door and find out our neighbor was one of the less fortunate ones," Ann Hatcher said. "This is a big loss."

Ann Hatcher said she cannot stop thinking about Rapp's wife as the couple would often take walks around the neighborhood.

"We just pray for the families of these victims and continue to pray and ask God that violence can stop," Hatcher said.

Hatcher's husband, Gene, said Rapp visited him frequently over the last few years as he recovered from a brain injury.

"He would stop by to see me from time to time, especially after this happened and so I really appreciated that," Gene Hatcher remembered.

Rapp graduated with a BS in Civil Engineering from Old Dominion University in 1994, according to the school.

Gene Hatcher also knew Rapp before he was as an engineer with Virginia Beach when he served as director of utilities and general services in Powhatan County.

Remembering Chris Rapp tonight at 6pm on @WTKR3 he was one of the 12 killed in the deadly shooting in Virginia Beach. https://t.co/AR7qStSfaq pic.twitter.com/kCmy6hpyG7 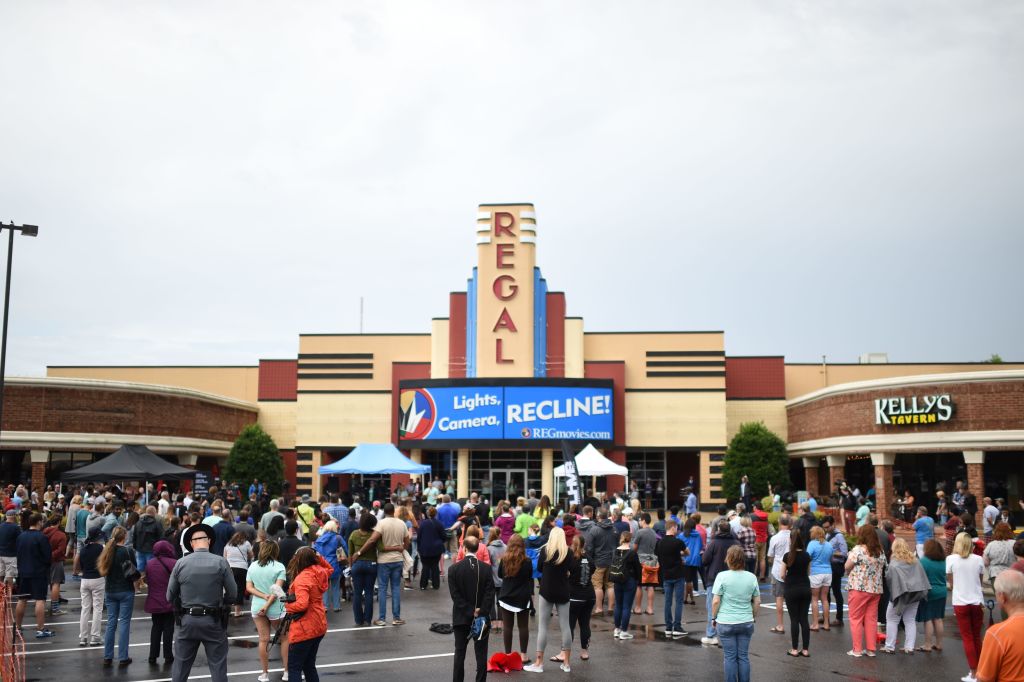 Engineer had 'passion for the pipes'

In addition to being remembered as a loving husband, Rapp was also known for his passion for Irish culture and playing the bagpipes.

"He was quiet but had a passion for the pipes and Scottish culture... He jumped right into the band circle and started contributing immediately," Roberts said. "He played with us at the Central Virginia Celtic Festival and Highland Games last October and marched with us as recently as St. Patrick's Day.

"Even though we didn't have time to get to know him better, we shared a love for music that created an immediate bond. More importantly, he showed up and worked hard, which is all you can ask for in a group of amateur musicians.

"Our thoughts right now are with Chris' wife, Bessie, and their loved ones. We are planning to play for Chris' funeral service (time and date TBD) and will do whatever else we can to support his family at this difficult time.

News of the Central Virginia connection to the tragedy came as officials released the names Saturday of 12 people who were killed Friday.

All but one were employees of the city of Virginia Beach, City Manager Dave Hansen said.

The Virginia Beach resident was a contractor who was trying to fill a permit at the time of the shooting.

Virginia Beach Mayor Bobby Dyer told CNN that Snelling was a friend of his. He said he was devastated to learn on social media around midnight about his death.

"He started off as a carpenter that did work at (my) house, and then he became a friend. We socialized," Dyer said.

"He was just such a great guy. He was a consummate professional. He did great work. ... This really hits home with me."

Hansen told reporters Saturday that he'd worked with most of the slain, and that he'd served in the US military with Nettleton in Germany.

"They leave a void that we will never be able to fill," the city manager said.