Manhunt for ‘mindless idiots’ who set off firecracker in subway car 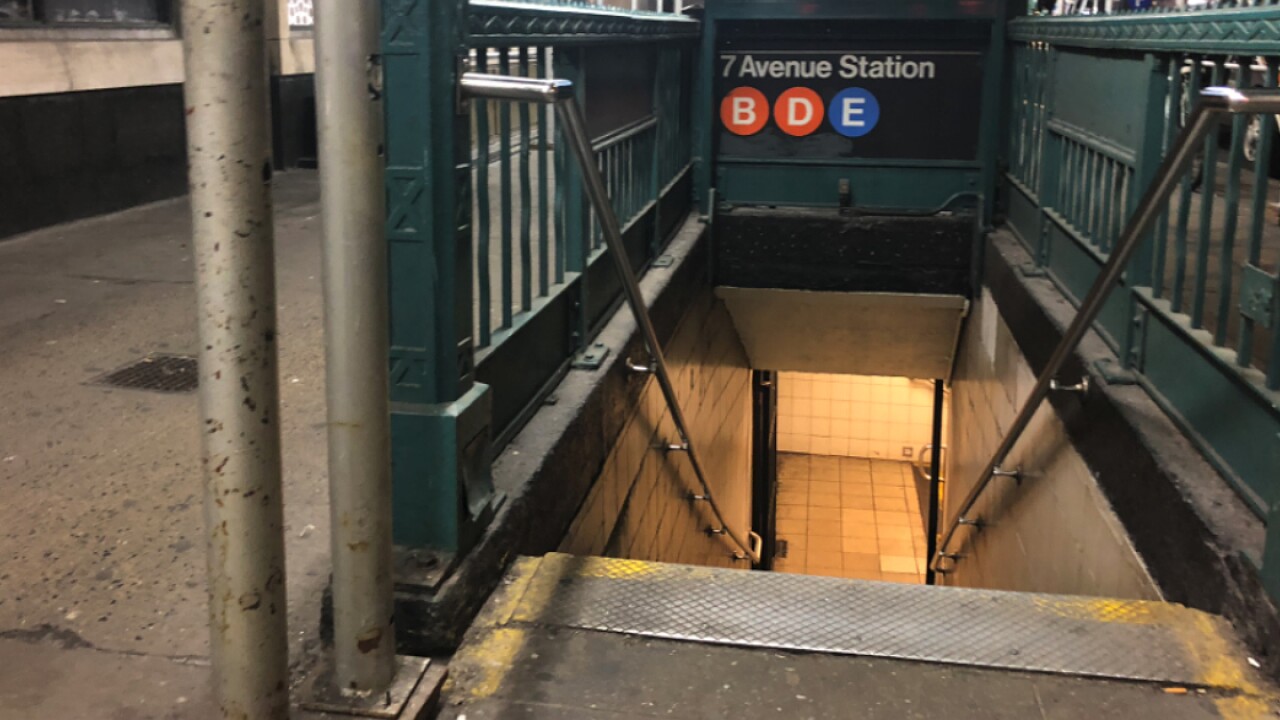 It happened at around 9:30 a.m. on the northbound F train as it was in the station at 23rd and Sixth Avenue in Chelsea.

The NYPD wants anyone with information about the incident to contact the department. It’s being investigated as a reckless endangerment felony.

“It was a very loud bang and some smoke, so people ran off the train,” said NYC Transit President Andy Byford.

Passengers scrambled when the firecrackers went off.

Video posted on Twitter showed subway passengers cramped into a subway car after fleeing the explosion.

“Stop pushing! We’re all trying to get off,” one passenger can be heard saying in the video.

“A large crush of people came from the back end of the car. They were all yelling. Someone yelled that there was a gun. Someone yelled for everybody to run. I’ve never seen people look as scared as what I saw this morning,” one passenger said.

“This is criminal, dangerous and abhorrent behavior, and we are working with the NYPD to ensure whoever did this is brought to justice,” Byford said.

“We’re going to nail them because that is stupid, reckless, mindless, moronic behavior and has no place on the New York subway system,” Byford said. “Whether you’re on the train or whether you threw it into the train, you’re an idiot and you deserve to be brought to justice.”

He called the perpetrators “mindless idiots,” saying they caused a “mass stampede away from the train.”

Passengers rushed from the car and onto the platform.

One person twisted her knee while rushing off the train and was taken to the hospital.

“Once people were out of the subway stop, they were making sure everybody was all right and trying to understand what happened. And what you saw was part of what’s best about New York,” a passenger said.

Subway service was briefly disrupted but has since resumed.