These flags in Henrico honor 75th anniversary of D-Day 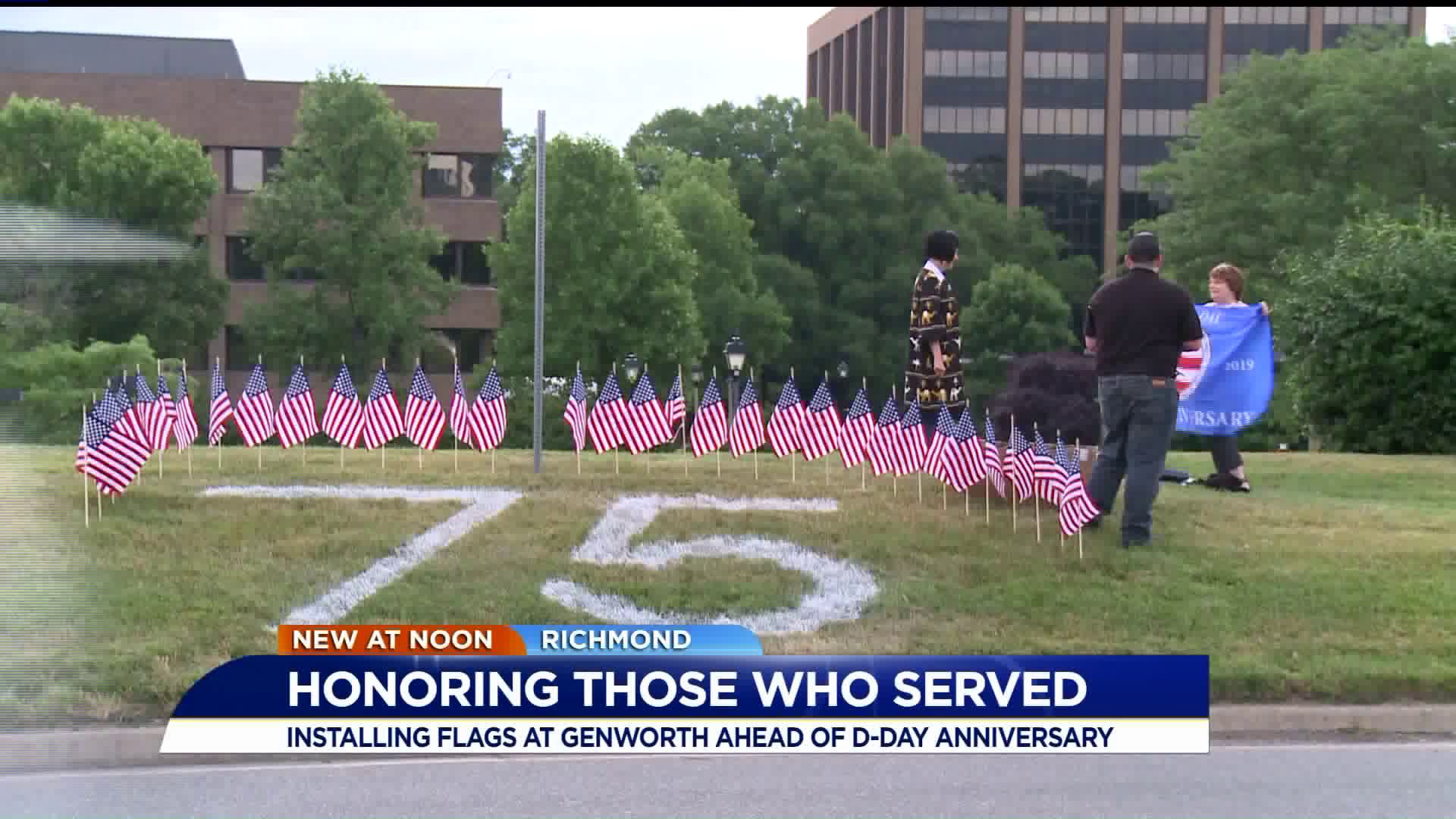 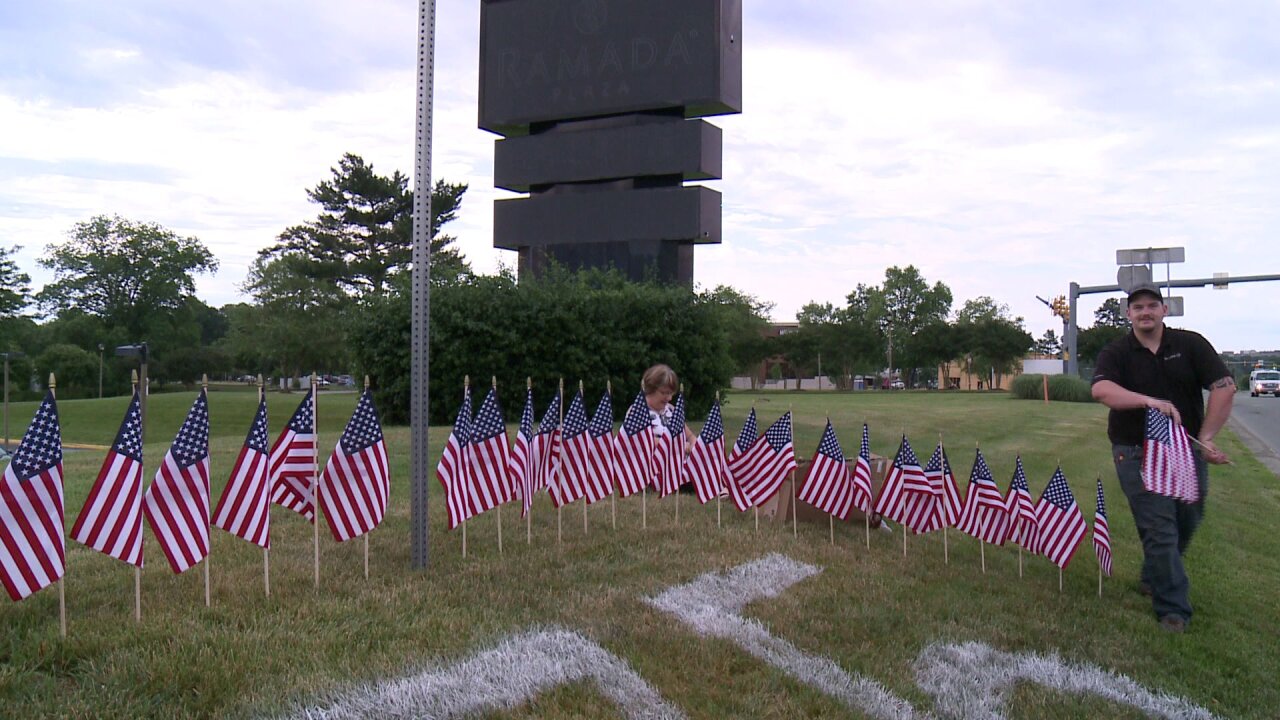 HENRICO COUNTY, Va. – Seventy-five American flags have been installed in front of Genworth's Richmond-area campus ahead of the 75th anniversary of D-Day, when Allied troops invaded Normandy on June 6, 1944, in the fight against Nazi Germany in World War II.

Members of Genworth's Veterans Employee Resource Group wrote the names of loved ones who died in service on ribbons of remembrance they attached to the flags on display at 6620 West Broad Street.

The flags, which will remain on display through June 7, and serve as a gathering place for employees as they observe a moment of silence on June 6.

“It’s probably going to be the last year that we actually have surviving members of that day,” Jean Davis with Honor@Genworth Employee Resource Group said. “  We decided to do something extra special across all of our Genworth campuses. They’re doing this also in Raleigh and also Lynchburg.”

Davis also encouraged folks to do for a veteran in honor of the landmark anniversary.

Genworth Financial is one of seven Richmond based businesses recently featured on the Fortune 500 list. 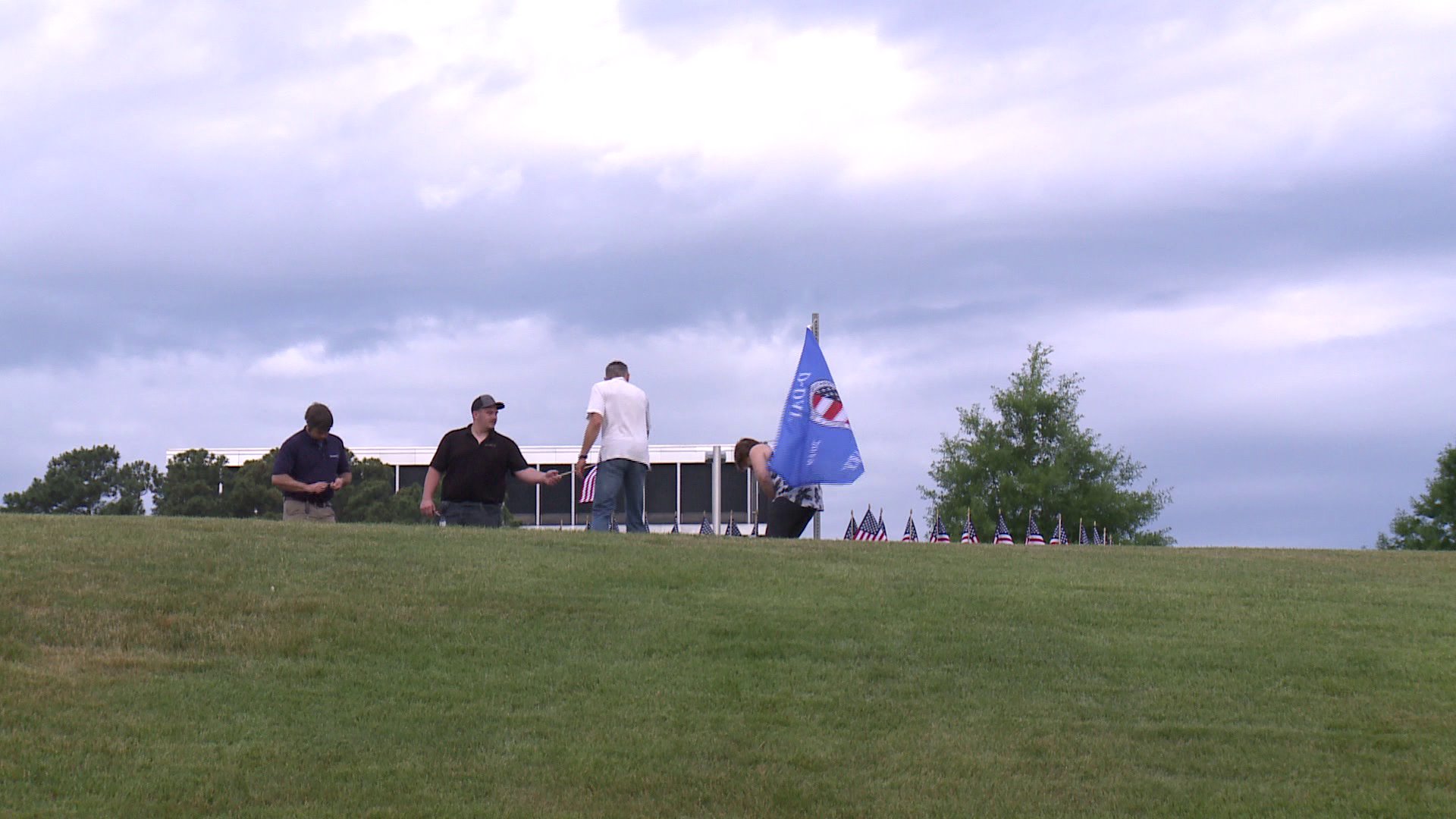 The exact number of casualties is not know. It is estimated that approximately 10,000 Allied soldiers were killed, wounded and or went missing in action: 6,603 Americans, 2,700 British and 946 Canadians.

General Dwight D. Eisenhower commanded the operation, which was the largest amphibious (land and water) invasion in history, and plans were made to land in Normandy, west of where the German troops and artillery were built up.

The code name for the invasion was Operation Overlord and code names for the five beaches where the Allies landed: Utah, Omaha, Gold, Juno, and Sword.

The "D" stands for Day. D-Day is code for the day an important military attack is scheduled to begin.

August 19, 1942 - A raid on the French port of Dieppe resulting in heavy losses convinces D-Day planners to land on the beaches. Preparations begin for an Allied invasion across the English Channel.

May 1943 - The Trident Conference, a British and US strategy meeting on the war takes place in Washington, DC. Winston Churchill, President Theodore Roosevelt and their military advisers discuss crossing the English Channel.

August 1943 - British and US military chiefs of staff outline Operation Overlord during the Quadrant Conference.

November and December 1943 - British and US military chiefs discuss the specifics of the assault on France during the Sextant and Eureka Conferences.

1944 - The Germans expect an invasion along the north coast of France, but they do not know where it will occur. They build up their troops and artillery near Calais, where the English Channel is the narrowest.

In a broadcast message to troops before they leave, Eisenhower tells them, "The tide has turned! The free men of the world are marching together to victory.... We will accept nothing less than full victory!"

June 6, 1944 - Overnight, a military armada and more than 160,000 troops cross the English Channel. Minesweepers go ahead to clear the waters in preparation for the thousands of landing crafts that will be carrying men, vehicles and supplies.

In a broadcast to the people of occupied Europe, Eisenhower says, "Although the initial assault may not have been made in your own country, the hour of your liberation is approaching."