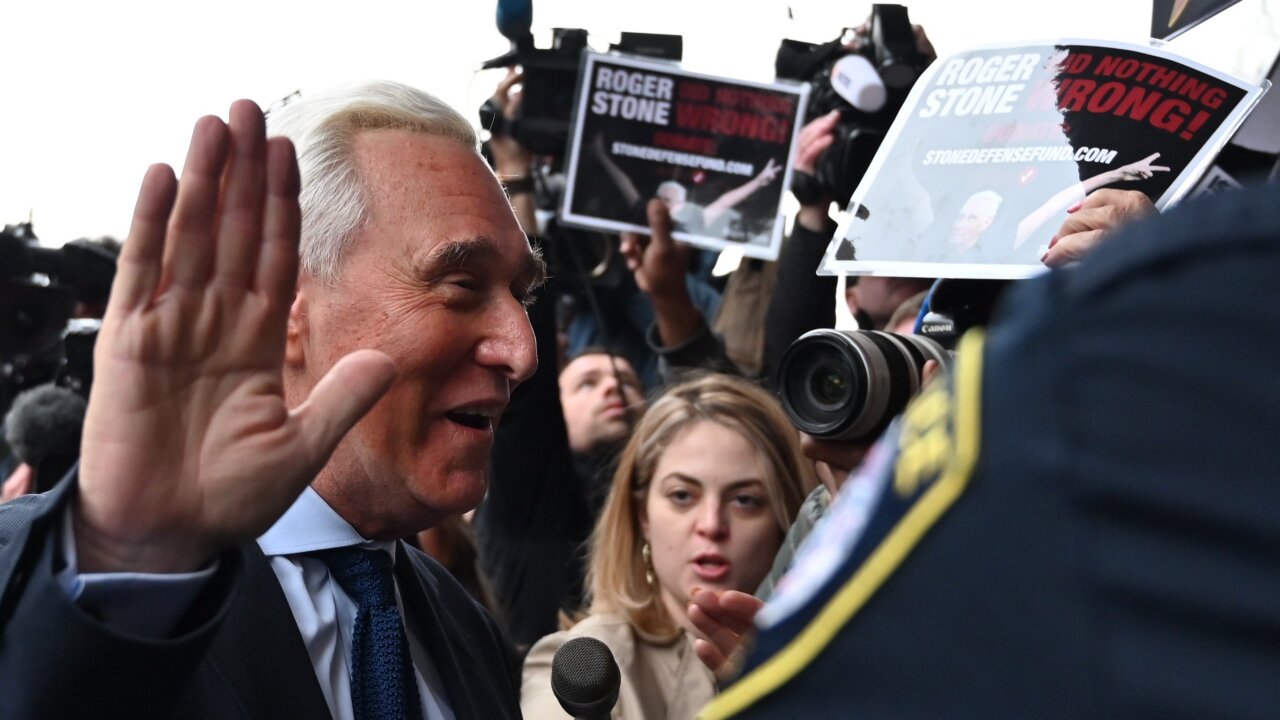 At the two-and-a-half-hour court hearing, Judge Amy Berman Jackson of the DC District Court didn’t rule on requests Stone has made to puncture the case against him but got his legal team to admit flaws in almost all of their arguments.

Stone’s team, however, still appears to have hope that they may get access to redacted parts of the Mueller report that describe Stone’s case.

Jackson floated the possibility that Stone could potentially see some some parts of the Mueller report that would be “harmless” and repeat details his team is already learning through evidence they’ve received in the case. Prosecutors have fought against this, saying giving unredacted parts of the sought-after document to the defense team would reveal how they plan to try his case.

Jackson is one of the few people in Washington who have read unredacted portions of the report outside of the Justice Department. The redacted portions of the report about Stone are kept secret because they could influence his case before it goes to a jury — with the Justice Department marking those redacted sections as “harm to ongoing matter(s).”

Stone is accused of lying to Congress, obstructing a congressional investigation and intimidating a congressional witness about his efforts to reach WikiLeaks in 2016 over the publication of hacked emails that could hurt then-presidential candidate Hillary Clinton and help candidate Donald Trump, a friend of his. He has pleaded not guilty.

Very few of the arguments Stone’s team made on Thursday appeared to sway Jackson.

They attempted to say Mueller couldn’t bring a case alleging Stone lied to a House committee because Congress didn’t refer him for prosecution. But Jackson pointed out how the then-Republican-led Intelligence Committee willingly handed over Stone’s testimony transcript to Mueller before Stone was charged in January.

“Why is that not the end of it?” Jackson asked Stone’s attorney Robert Buschel. “They gave it to a prosecutor.”

At another point, Stone’s lawyers argued that Mueller should not have been able to investigate the President or his campaign under the Constitution, and thus couldn’t charge Stone.

Jackson pointed out the Supreme Court decided in a landmark case against President Richard Nixon that the Justice Department was able to investigate others in the executive branch, including the President. Jackson acknowledged the strength of court precedent and how, if she deviated, her decision would likely be overturned.

“I’m not bound by that?” Jackson asked. “You are,” Bruce Rogow, another Stone attorney, responded.

The Stone legal team also tried to say Mueller couldn’t prosecute him for obstruction if they hadn’t found collusion between the Trump campaign and the Russian government in 2016.

Buschel pointed to a memo William Barr had written to the Justice Department before he became attorney general under Trump, where he made that argument.

“I would like to know what case law supports that,” Jackson said. “What case law?”

Buschel only had the Barr memo to cite.

The hearing, heavy in discussion of past cases and constitutional legal theory, was peppered with moments where the judge cut off the arguments.

At one point, Jackson held her head in her hands and spoke into her bench to remind Stone’s lawyer he had strayed from the argument he was supposed to be discussing.

At another point, Jackson heard the argument in court from Stone’s team and didn’t even ask prosecutors to argue their side.

Stone, who attended the hearing, is under a strict order from the judge not to speak publicly about his case outside of court.