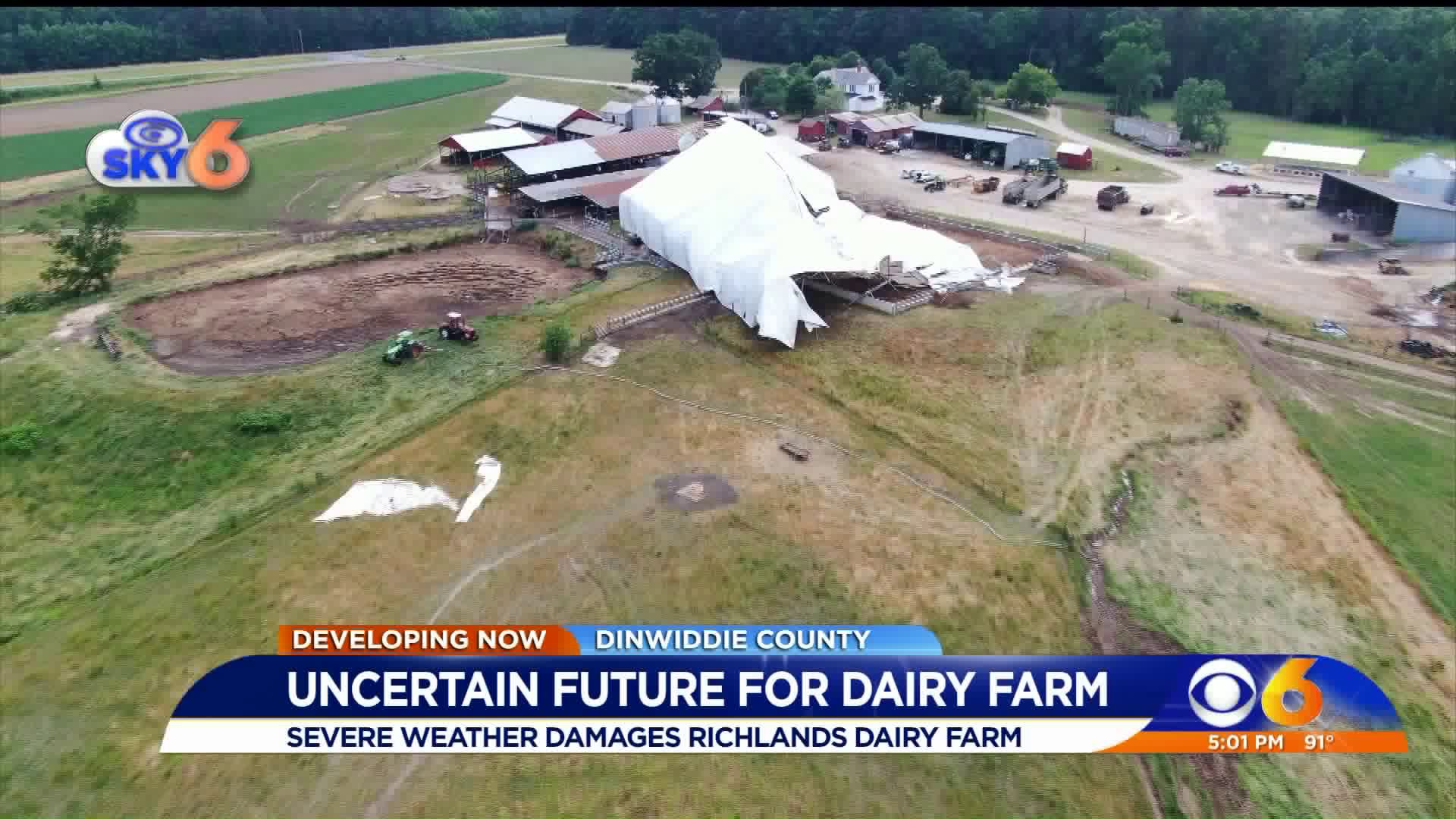 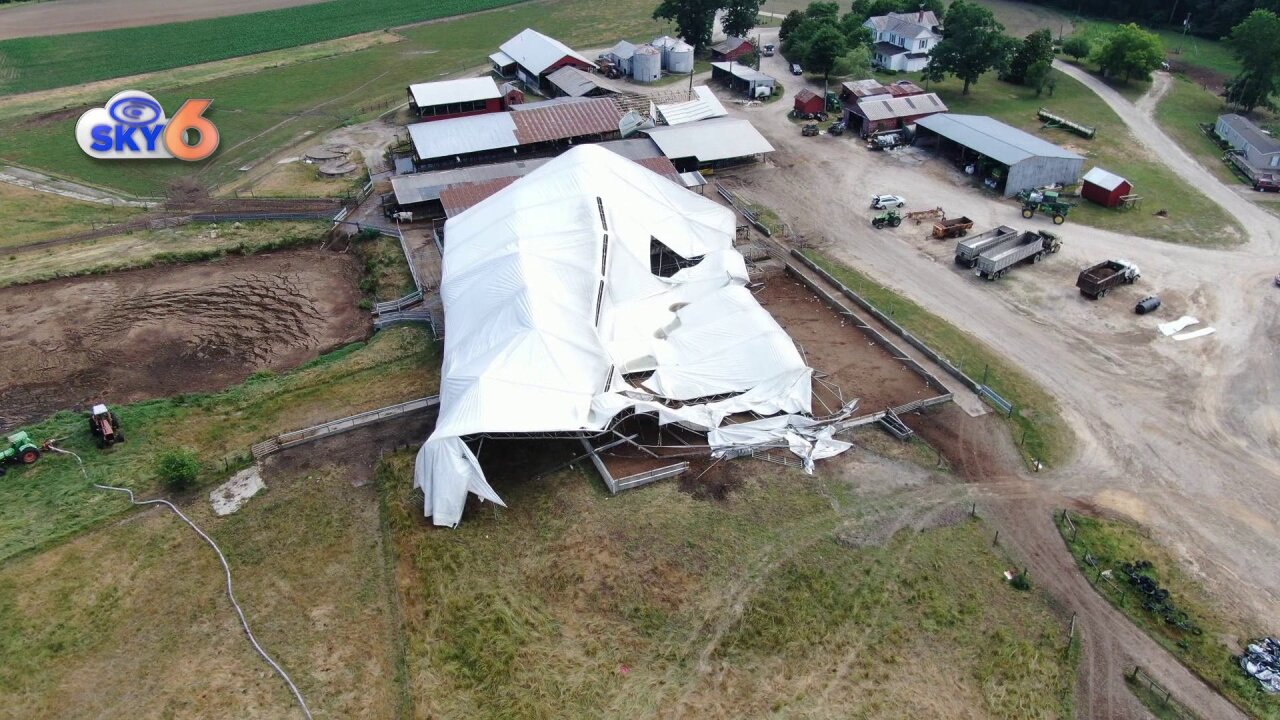 As the storm approached Richlands Dairy Farm and Creamery on the Dinwiddie-Nottoway County Line Wednesday evening, workers ran for cover.

"Once it blew over, they came out and saw the barn was gone,” Brittany Jones with Richlands Dairy said.

Some of the farm's more than 100 dairy cows graze in a pasture Thursday following their ordeal the night before.

That barn was uniquely designed with a very high ceiling so heat could dissipate off the more than 100 dairy cows who are housed inside.

After the storm passed, neighbors arrived en masse to help corral the frightened cows, some of which had gotten loose.

The cows were unharmed.

"Some of the barn is still up and they were congregated under that barn," Brittany Jones explained.

Jones said the painful irony is that the farm just made their final payment on the barn, which was constructed 10 years ago, last month. 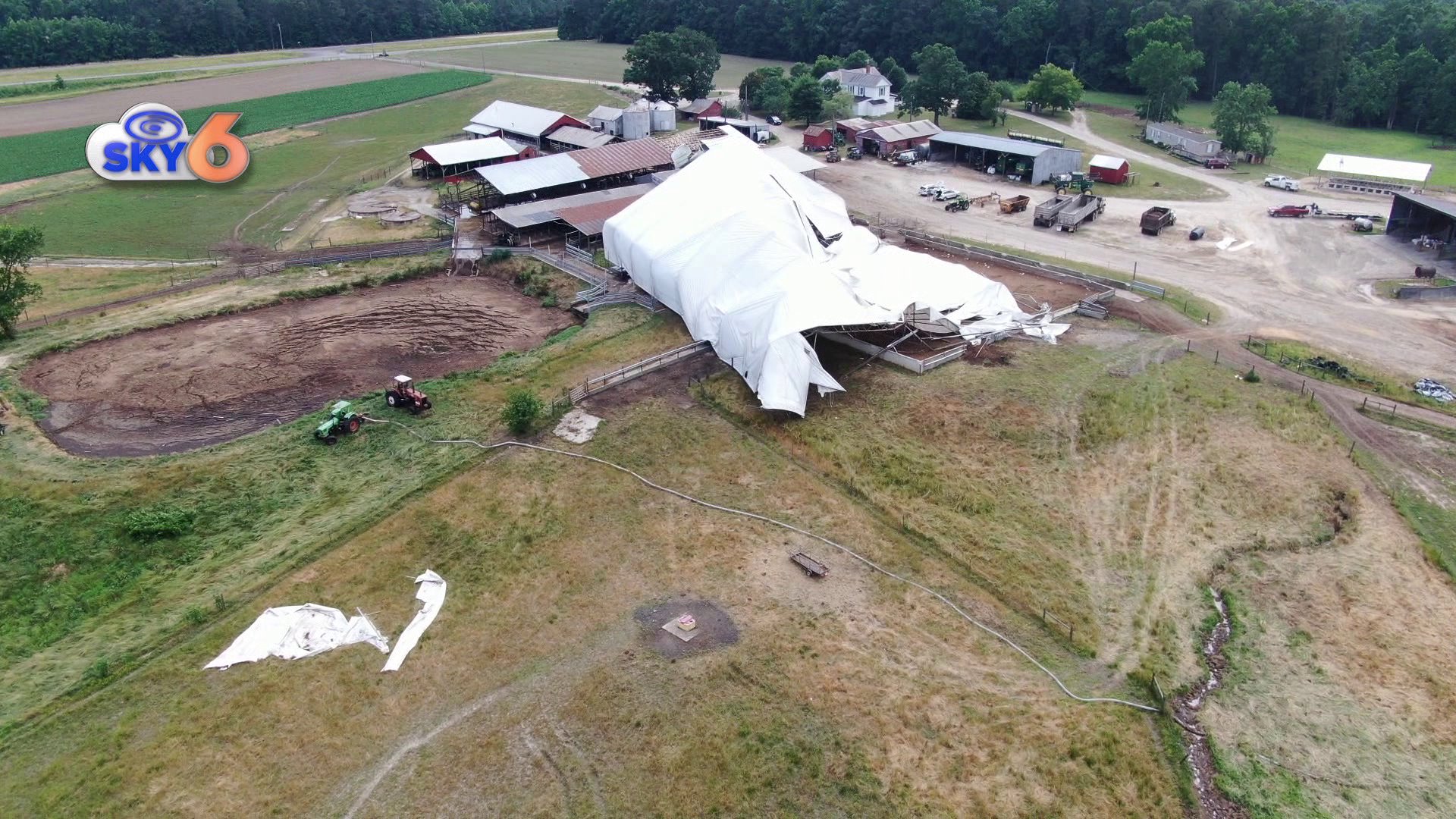 However, there was also additional damage on the property.

"We've got a few roofs blown off, we had a roof blown off a barn we just built,” TR Jones with Richlands Dairy Farm said.

The land has been farmed since the late 1700, but the focus shifted to dairy cows in the mid-1950s and Richlands Dairy Farm was born.

Crews were staring to rebuild Thursday in addition to working the ongoing daily business of running farm Thursday.

With the recent construction of a creamery, which is set to open in late June, the fate of the family farm is somewhat uncertain.

"If you had asked me two days ago how scary it was, I would have said it's not, it's overwhelming, but not daunting,” Coley Drinkwater with Richlands Creamery said. “But now, with the Dairy Farm, it's terrifying."

TR Jones said the family used all its assets building the creamery.

“So now we don't have any money in reserve for damages like this,” TR Jones said.

While there is some insurance, it will not be enough to cover the damage.

The insurance company was onsite surveying the damage Thursday.

The fate of the farm now rests of the creamery’s financial success, family members said.