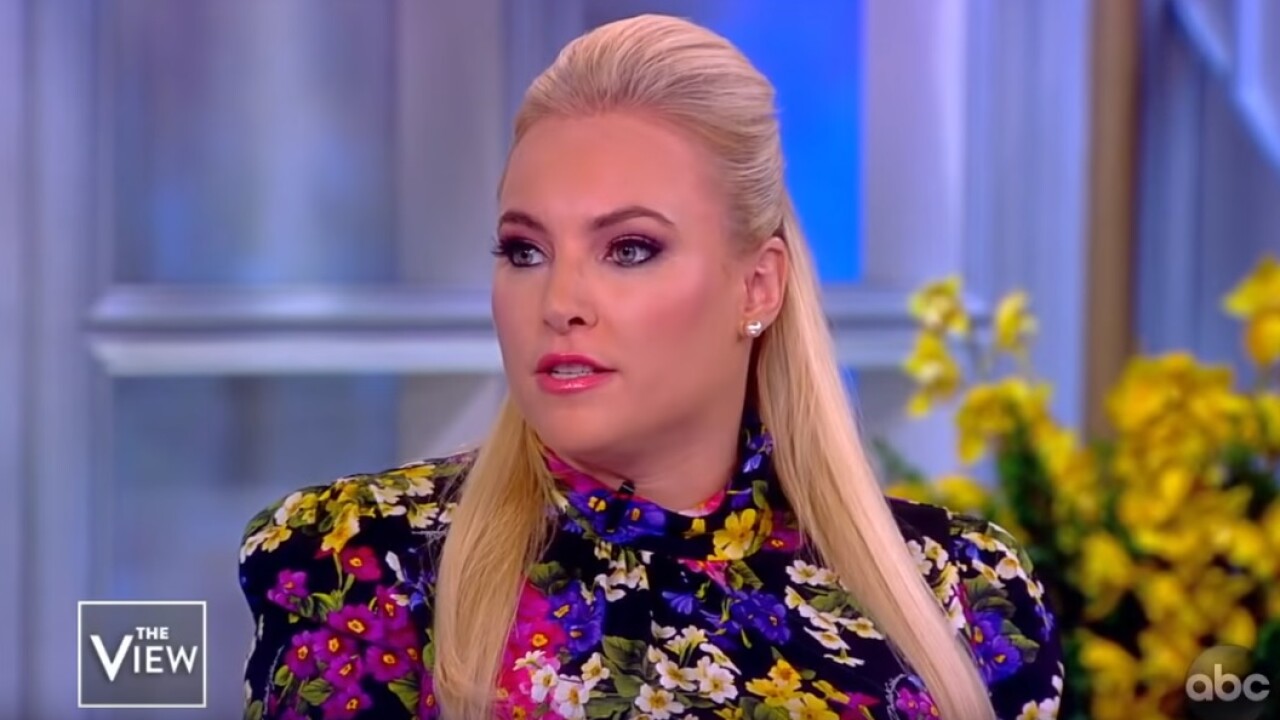 President Donald Trump’s repeated attacks on Sen. John McCain have made it difficult for his daughter, Meghan McCain, to heal following the death of her father last August, she said Thursday.

McCain was responding to reports that the White House Military Office asked lower-level US Navy officials about keeping the USS John McCain, named for the late senator’s father and grandfather, out of view during Trump’s trip to Japan last weekend.

“It’s impossible to go through the grief process when my father, who’s been dead 10 months, is constantly in the news cycle because the President is so obsessed with the fact that he’s never going to be a great man like he was,” Meghan McCain, a co-host of ABC’s “The View, said in an emotional statement at the top of Thursday’s show. “It’s a bizarre way to do this. It’s a bizarre way to grieve. It’s a bizarre way to say goodbye to my dad.”

She added, “The President’s actions have consequences. And when you repeatedly are attacking my father and war heroes, it creates a culture in the military where people are clearly fearful to show my father’s name in one way or another. And that, I think, is what has started this chain of events and actions.”

One Navy official clarified to CNN Thursday morning that the discussion included obscuring the ship or moving it, which was not practical because the ship was under repairs at the time.

The ship ultimately was not moved nor was anything done to obscure McCain’s name. Trump said he wasn’t aware of the discussions, though he said the officials were “well-meaning.”

The reports underscore Trump’s extraordinary and bitter personal feud with McCain, with whom he frequently sparred when the Arizona Republican was alive and even after he passed away from brain cancer in August.

McCain also warned that Trump’s attacks on the late senator are “putting people in the military in horrific situations because they’re fearful of their jobs.”

“If, God forbid, you’re a sailor on this ship, you think there’s going to be some kind of retribution, and I think it’s horrible,” she said. “I think it’s bad for Americans and I think we really have to look at the kind of culture that’s being put in place.”

On Wednesday night, McCain, responding to a Wall Street Journal report about the ship incident, wrote in a tweet that Trump is “a child who will always be deeply threatened by the greatness of my dads incredible life.”

McCain has frequently criticized the President, perhaps most notably during her father’s funeral last year, where she contrasted her father’s “greatness” with “cheap rhetoric from men who will never come near the sacrifice he gave so willingly, nor the opportunistic appropriation of those who live lives of comfort and privilege while he suffered and served.”

“The America of John McCain has no need to be made great again, because America was always great,” she said, a thinly veiled reference to Trump’s 2016 campaign slogan.