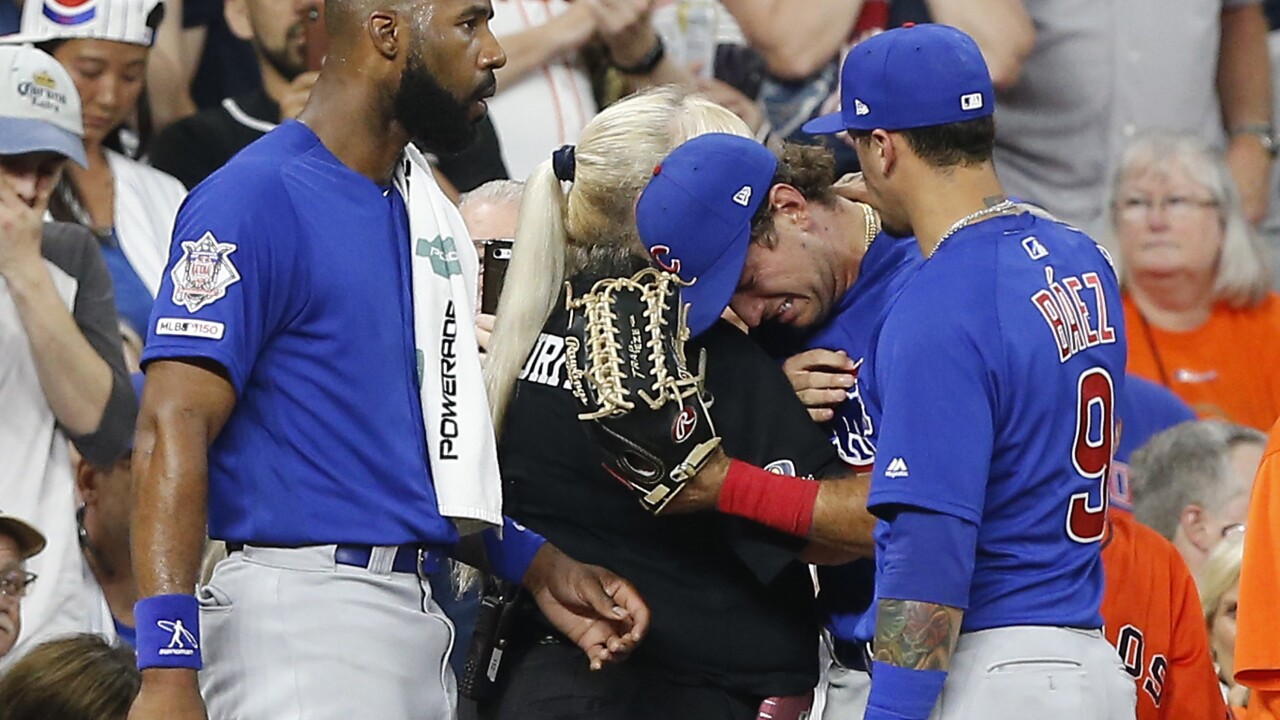 HOUSTON, TEXAS – MAY 29: Albert Almora Jr. #5 of the Chicago Cubs, center, is comforted by Jason Heyward #22 and Javier Baez #9 after checking on a young child that was struck by a hard foul ball off his bat in the fourth inning against the Houston Astros at Minute Maid Park on May 29, 2019 in Houston, Texas. (Photo by Bob Levey/Getty Images)

May 29, 2019; Houston, TX, USA; A young fan is taken up to the concourse to receive medical attention after being hit by a foul ball by Chicago Cubs center fielder Albert Almora Jr. (5) during the fourth inning against the Houston Astros at Minute Maid Park. Mandatory Credit: Erik Williams-USA TODAY Sports

A foul ball struck a young fan during a game between the Cubs and the Astros in Houston on Wednesday night.

The child was taken to a hospital after the incident.

The ball was off the bat of Cubs outfielder Albert Almora Jr., who was visibly distraught after the incident and had to be consoled by his teammates. Later in the game, he went to the area of the stands where the child was hit and appeared to cry in the arms of a female security guard. 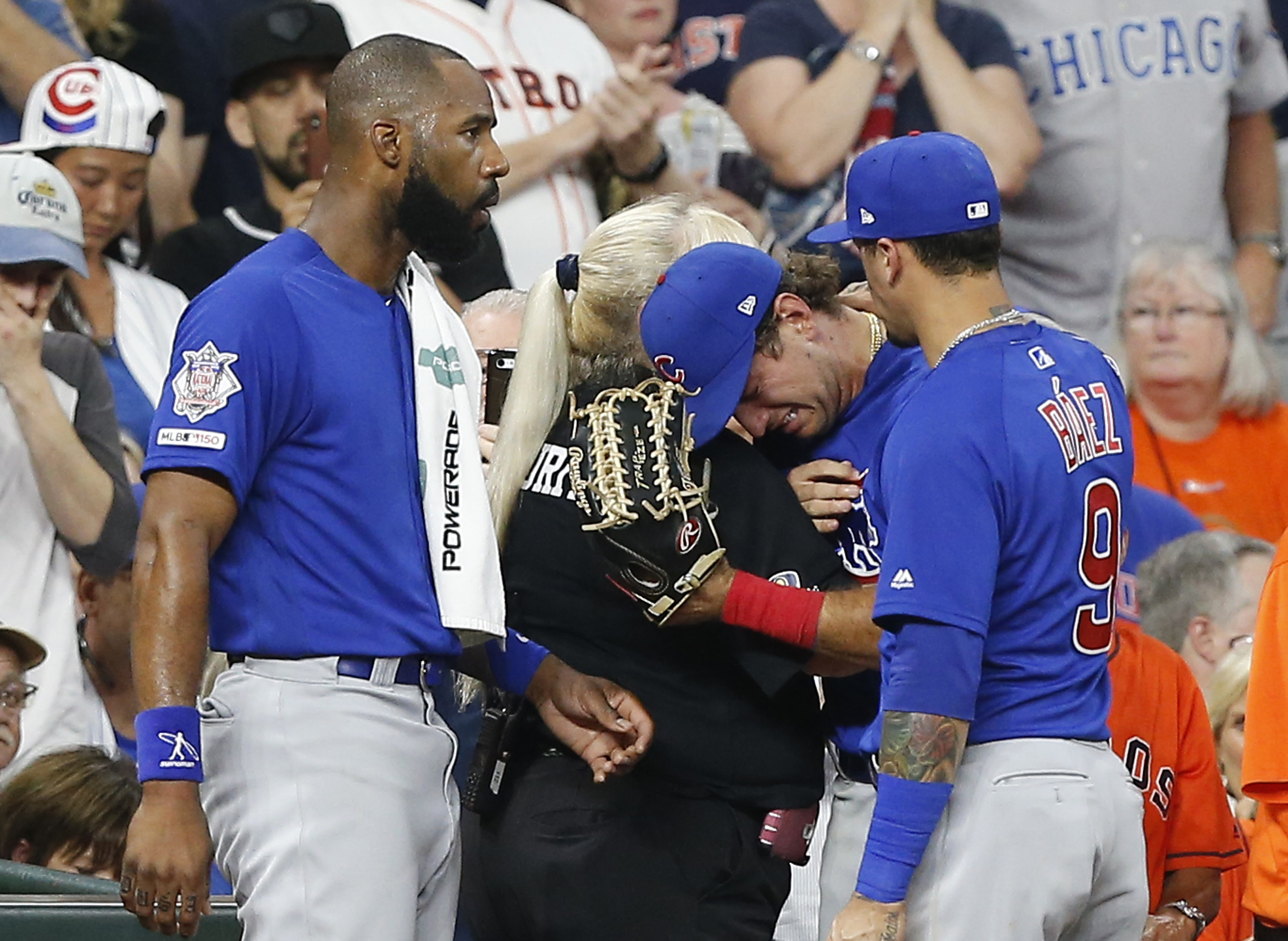 The Houston Astros confirmed the incident occurred at its Minute Maid Park, but declined to provide further information.

“We are not able to disclose any further details at this time. The Astros send our thoughts and prayers to the entire family,” the team said in a statement.

The Astros released the following statement. Our thoughts are with the entire family. pic.twitter.com/f1VGVP1kiu

SportsTalk 790 in Houston reports that the child is “awake, responsive” and the hospital trip is for “precautionary” reasons.

Last year, Major League Baseball announced that it will put protective netting at all 30 ballparks as part of an effort to improve and ensure the safety of its fans.