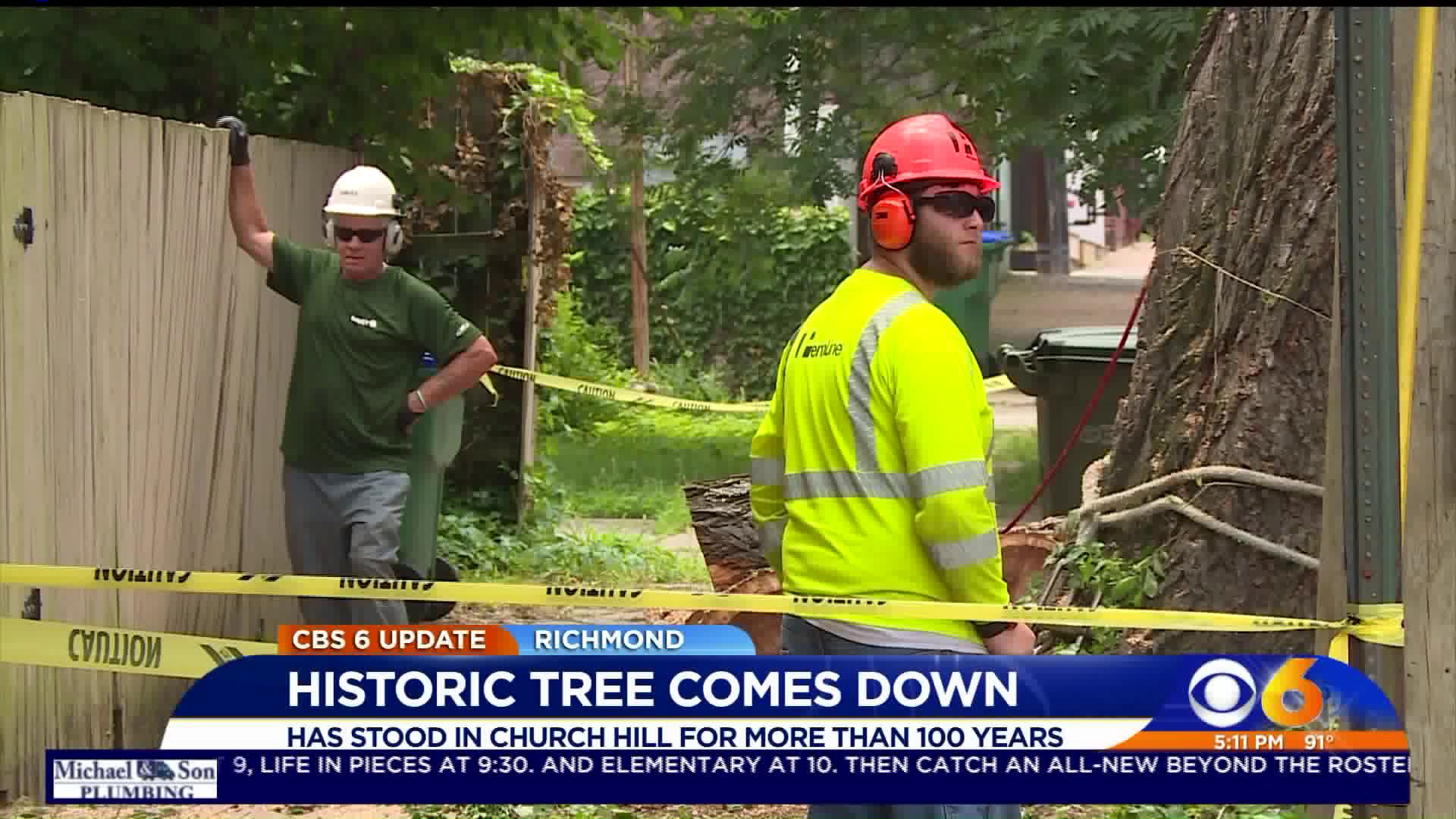 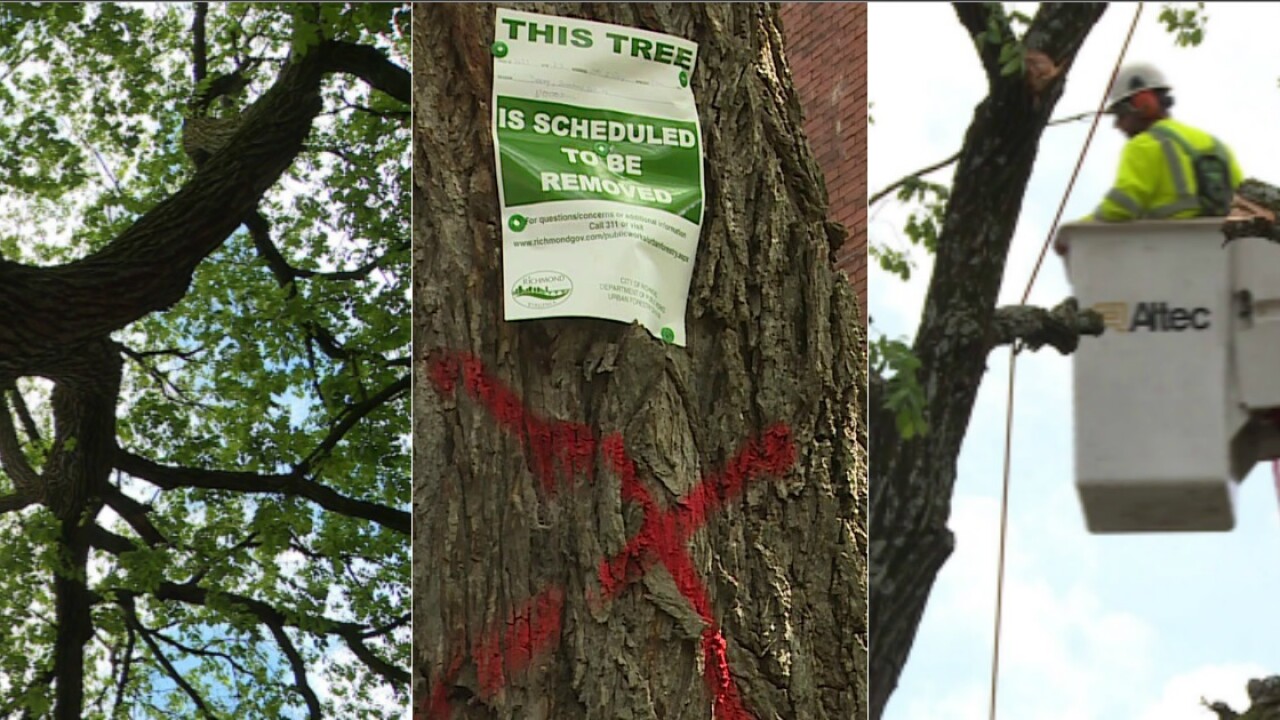 The attendees read poems and shared memories during the impromptu memorial service for a tree that some called "a piece of history."

It stood at the intersection of East Clay and North 24th Streets for well more than 100 years, according to homeowners nearby.

Sounds of chainsaws and a wood chipper echoed throughout the neighborhood as city contractors worked Thursday.

Richmond City Public Works crews posted the removal notice on the giant tree in mid May.

"Decay, structural defects" were listed as the reasons why the "majestic" tree would be removed.

Its branches intertwined with power lines and stretched to the property across East Clay.

Joel Koci, a certified master arborist, surveyed the tree weeks before its scheduled demolition. Koci said he believed the tree could've been saved by pruning and inserting a cable into the tree.

Koci, who served on the City of Richmond Urban Forestry Commission for three years, stated the city loses "environmental capital" when a tree is removed.

The elm tree prevented approximately 7,300 gallons of storm water per year from carrying pollutants into the James River, according to Koci. He called the benefits of the tree "phenomenal."

Chris McQuale, an environmental engineer, showed up to take pictures and request crews save the tree to be recycled.

McQuale hoped wood chippings could be used in nearby parks.

"The tree could last for a long time, but it has a lot going against its survival," McQuale explained. "They certainly contribute a lot more than human beings do to the health and welfare of the planet."

Officials with Richmond Tree Stewards said five separate arborists inspected the tree and came to the same conclusion: the tree must come down.

"It has served a wonderful purpose for a 100 years in this neighborhood," McQuale stated. "It may be missed, but it isn’t forgotten."

Crews estimated it would take two days to demolish the elm. 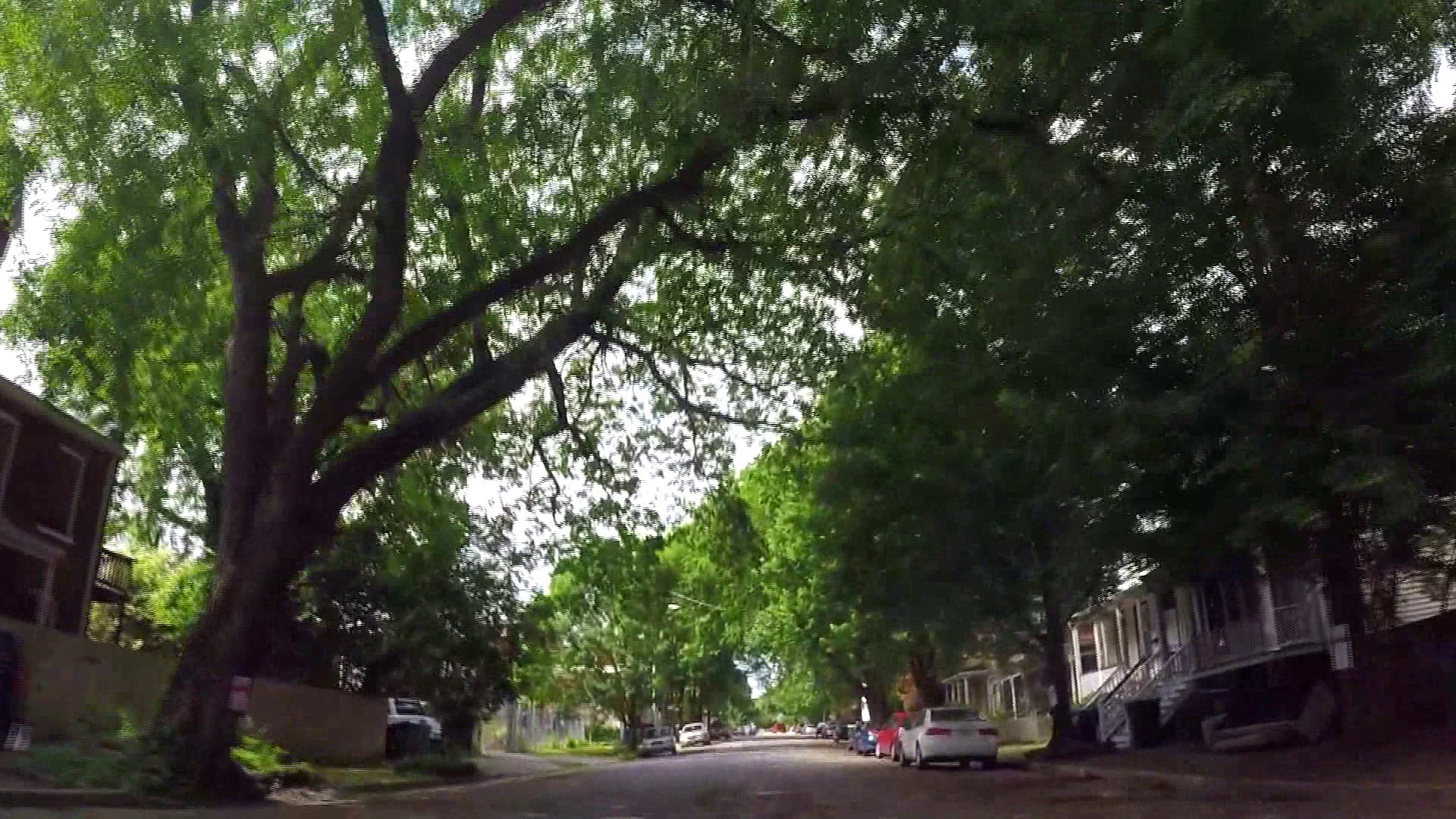