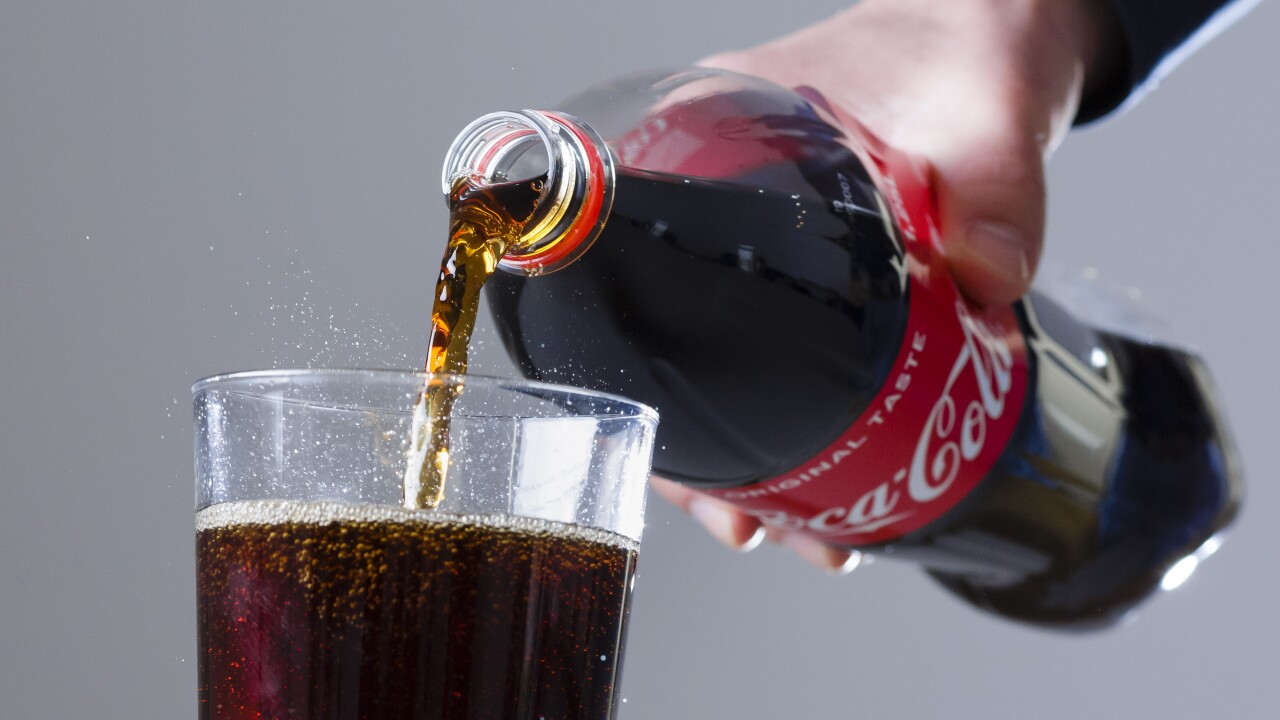 Berlin, Germany – April 16: Coca Cola is poured from a bottle into a glass on April 16, 2019 in Berlin, Germany. (Photo Illustration by Thomas Trutschel/Photothek via Getty Images)

In 2006, Coca-Cola launched Coca-Cola Blak, a coffee-flavored version of its signature product. People didn’t like it, and the beverage flopped. Coke stopped selling the product in 2008, just two years after it launched.

“That was a trend before its time,” Quan told CNN Business. “I don’t think people were ready to have a coffee portfolio within the Coca-Cola brand.”

Now, thanks to evolving trends and palates, the company thinks the public is ready. And Coca-Cola is bringing Blak back — sort of.

Over the past few years, Coke has been releasing a similar product called Coca-Cola Plus Coffee or Coca-Cola With Coffee in international markets. The new product contains more real coffee than Blak did. There’s also an additional caffeine jolt: The product is more caffeinated than regular Coke.

Today, it’s available in Australia, Italy, Spain, Thailand and Poland, among other countries. Coca-Cola is “pleased with the initial response,” according to a spokesperson. It plans to make the drink available in 25 international markets by the end of the year.

The company hasn’t committed to bringing the product to the United States. But it’s “optimistic about the potential for the beverage” in the country, a spokesperson said.

“I believe that there’s going to be a space for a Coca-Cola With Coffee” in the United States, Javier Meza, Coca-Cola’s global chief marketing officer of sparkling beverages, told CNN Business. He said the product could reach the United States next year.

The beverage company evaluates geographical markets separately. Products that succeed internationally don’t always work in the United States. But Meza said that “Coca-Cola With Coffee is not a concept that consumers were expecting” in any market, calling it “surprising.”

That’s a good thing, he added: “Sometimes consumers think that they have seen everything.”

Coca-Cola needs to keep innovating with its flagship product to succeed, and Coke Plus Coffee can help — even if it takes some getting used to.

Coca-Cola Plus Coffee tastes a bit like a coffee-flavored candy — as sweet as regular Coca-Cola, with an added coffee kick. And while Blak was packaged distinctly, the new drink is clearly a Coca-Cola beverage.

Selling a new type of product within the signature Coke brand is important to the company. Consumer tastes are splintering. Sugar-conscious customers are turning to water, seltzer and beverages that offer a nutritional or energy boost. Coca-Cola, which aims to be a “total beverage company,” invests in a broad range of products to entice those customers.

Last year, Coca-Cola’s sales of carbonated drinks — which include carbonated fruit juices and sodas, but exclude seltzer — reached $15.4 billion in the United States, according to the research firm Euromonitor International. That’s up about $1 billion from 2013.

In the United States, soda “remains one of the largest non-alcoholic beverage markets,” according to the summary of a recent report by the research firm Mintel. But it’s a sluggish business. The carbonated soft drink market is “characterized by general stagnation rather than steep decline,” Mintel noted.

To promote soda sales, Coca-Cola is shrinking cans (a way to reduce calories without altering taste) and launching new flavors under the Coke brand. It’s also adding an energy drink. And then there’s Coca-Cola Plus Coffee.

By launching new beverages under the Coca-Cola trademark, rather than as discrete new products, Coca-Cola is “leveraging the power of the Coca-Cola brand,” Meza said, and delivering on the company’s promise to refresh and energize consumers.

It’s also trying to keep people from straying away from colas by offering different variations of the company’s signature product.

And with coffee, Coca-Cola hopes to capitalize on a powerful trend.

There’s reason to believe that consumers are finally ready for a Coke and coffee product.

The beverage landscape has evolved since Coca-Cola tried selling Blak. People are more accustomed to blurred categories, or products that don’t fall strictly into one category, Meza noted. Sparkling juices or juice-tea blends are examples of the trend.

And coffee itself is more popular. In 2006, Starbucks had about 12,400 stores — this year, it opened its 30,000th store. Starbucks helped Americans develop a taste for coffee, said Laurent Grandet, a consumer analyst with Guggenheim Securities.wit

“Coffee is very trendy right now,” he said. In 2006, when Coca-Cola launched Blak, “coffee was not as big.”

Coca-Cola’s interest in coffee extends beyond this product — the beverage company announced last year its acquisition of the European coffee chain Costa Coffee. The deal closed this year.

“Coke really believes they need to be in coffee in a big way,” said Macquarie analyst Caroline Levy. “They’re going to come at it from lots of different angles and figure out what works.”