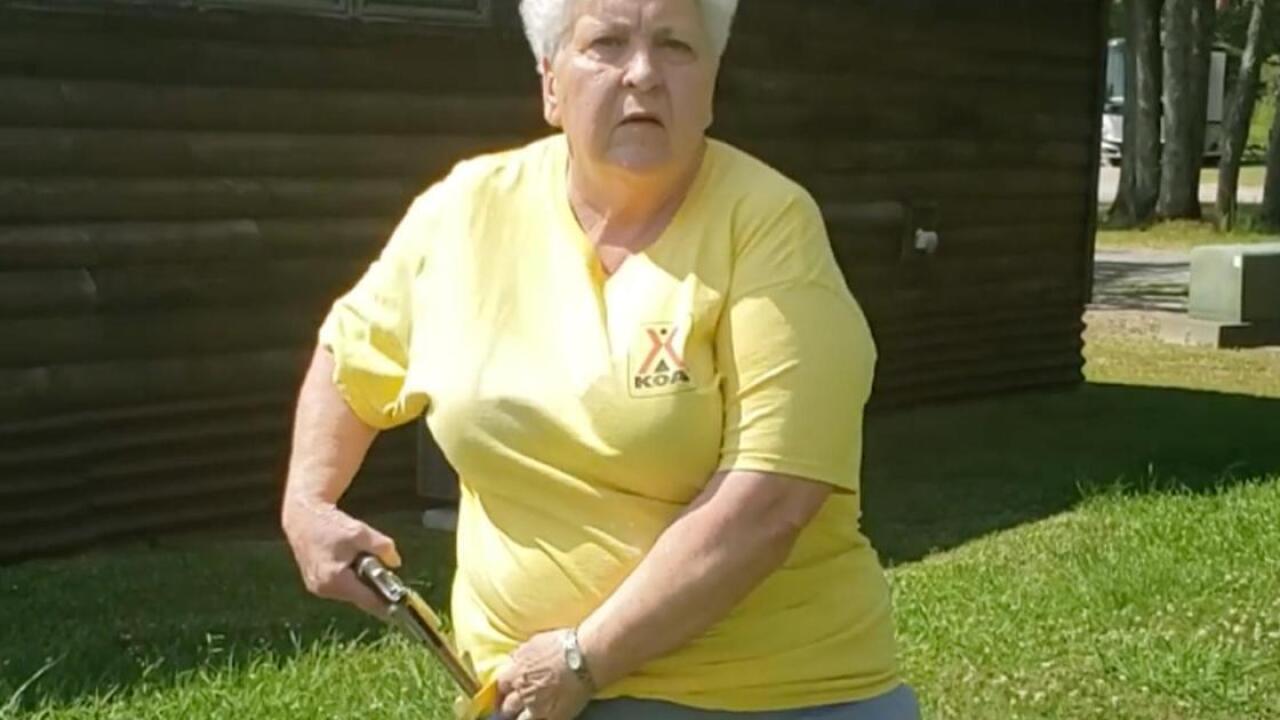 A Mississippi campground facility has fired a white employee accused of pulling a gun on a black couple trying to find a picnic site.

Franklin and Jessica Richardson said they were looking for a spot for a picnic and a possible cabin Sunday at Oktibbeha County Lake, near Starkville.

When they arrived at the location with their dog, a woman wearing a yellow Kampgrounds of America shirt — the company that runs the site — asked them to leave because they didn’t have a reservation, the couple told CNN affiliate WCBI.

The Richardsons said they were not doing anything that would be considered a threat to anyone. In a video of the confrontation captured by the couple and widely shared on Facebook, Jessica Richardson described the incident as racism.

“This lady literally just pulled a gun because we out here and didn’t have reservations for a lake we didn’t even know we had to have reservations for,” Jessica Richardson said in the video. “The only thing you had to do was tell us to leave, we would have left, you did not have to pull a gun.”

CNN has reached out to the couple. Information on the unidentified employee was not immediately available.

Employee puts gun back into her pocket

In the video, the unidentified woman asked the couple to leave before she put the gun back into her pocket.

“Well I’m just telling you you need to leave because it’s under private ownership,” she said. “You can’t be out here.”

The couple said as they left the facility, they talked to another employee who happened to be the woman’s husband, and he told them they did not need a reservation to be at the lake.

Kampgrounds of America said it’s aware of the incident and has reached out to the parties involved. It said it does not condone the use of a firearm on its properties or those owned and operated by its franchisees, and the employee involved has been relieved of her duties.

Kampgrounds of America describes itself as the world’s largest system of “open-to-the-public campgrounds.” It operates more than 500 sites in the United States and Canada.