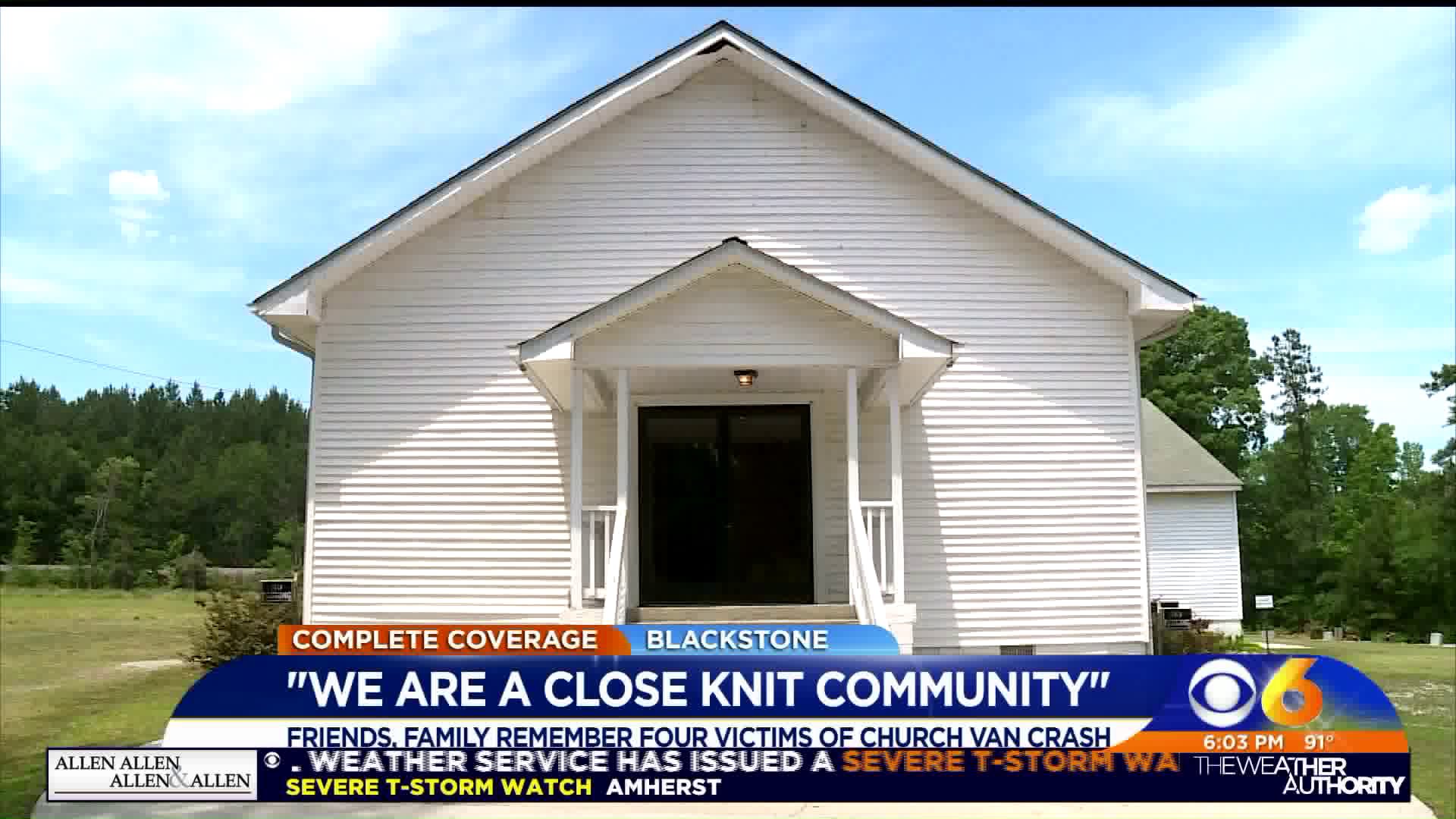 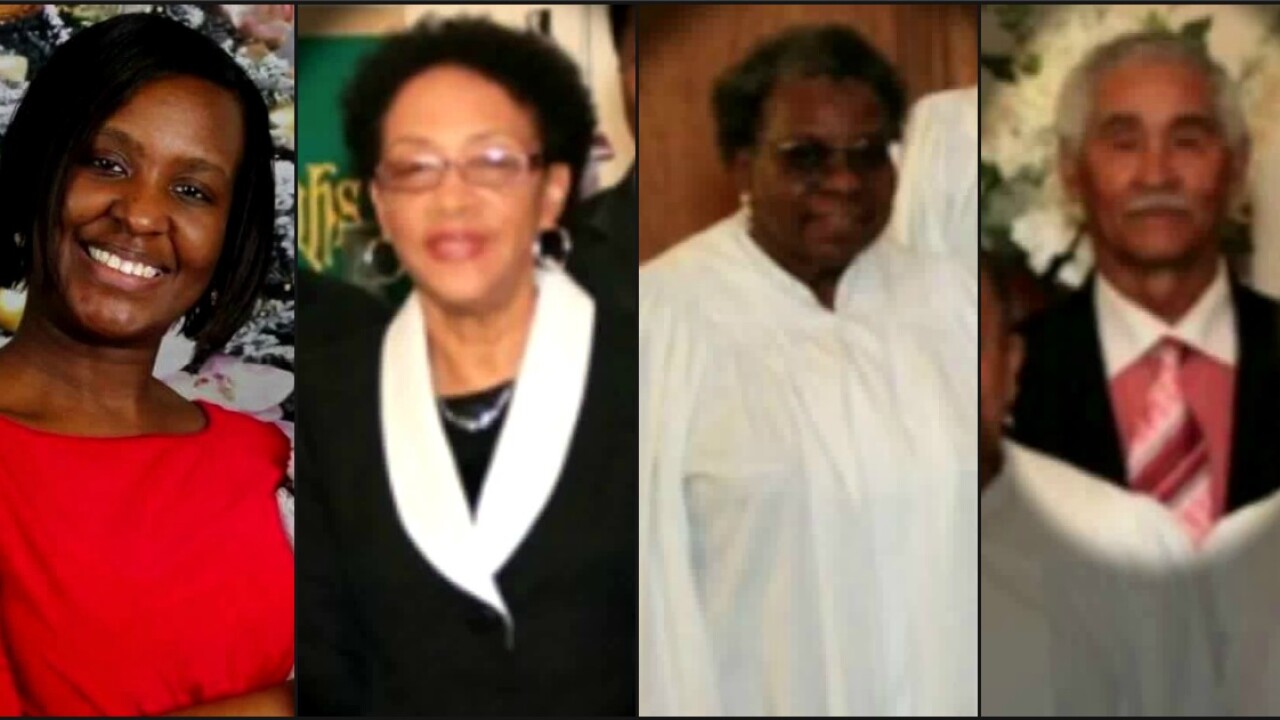 BLACKSTONE, Va. -- Four members of Shiloh Baptist Church in Blackstone were killed when their van was rear-ended Tuesday night on their way to Mount Zion Church in Dinwiddie County.

"Oh my God. I was just stunned. I couldn't believe it. I was in total shock," Harriett Greenhill, a Blackstone native who knew the victims, said. "We’re going to stick together and we’re going to get through this."

The church members were on their way to sing at revival at Mount Zion Baptist Church.

"Their lives on this earth were taken doing something glorifying his name," Blackstone Mayor Billy Coleburn said. " There is no doubt where they are today, no doubt at all."

One of the victims was 85-year-old Constance Wynn, a former Blackstone councilwoman.

Coleburn remembered her as a "wonderful lady" with a "strong voice for the people."

Wartena and Michael Somerville and child.

The husband of another victim, 36-year-old Wartena Somerville, returned to the scene of the crash Wednesday to search for his wife's cellphone.

Somerville was a teacher in Nottoway County and the couple two have a 9-month-old baby.

"She hugged and kissed up both before she left and waved, because she was always happy," Michael Sommerville recalled.

Fields, who said he was greeting people for the revival when he heard a loud boom, found the smoking van lying on its side.

Fields said he rushed to help, but they couldn’t open the van doors to get people out, so he said he reached in to grab the hands of those trapped inside and pray, including the hand of Farley.

"At the time I was doing all that praying, I’m going to tell you the God’s truth, I didn’t know that anyone had passed," Fields said. "I was shocked when they said four has passed on the scene. I was literally shocked."

The investigation into the fatal crash remains ongoing.

"A Ford E-350 multi-passenger van was traveling west on Route 460 when it slowed to make a right turn into a church parking lot," a Virginia State Police spokesperson said. "A Ford F-450 truck pulling a trailer loaded with metal failed to stop in time and rear-ended the van. The impact of the crash caused the van to overturn several times before it finally came to rest on its side off the right side of Route 460. Meanwhile, the truck ran off the left side of Route 460 and struck the guardrail."

The driver of the truck, identified as 47-year-old Robert Lee Allen, of Norfolk, suffered minors injuries. Charges against him are pending.

A vigil for the crash victims will be held at Shiloh Baptist Church Thursday at 6 p.m.