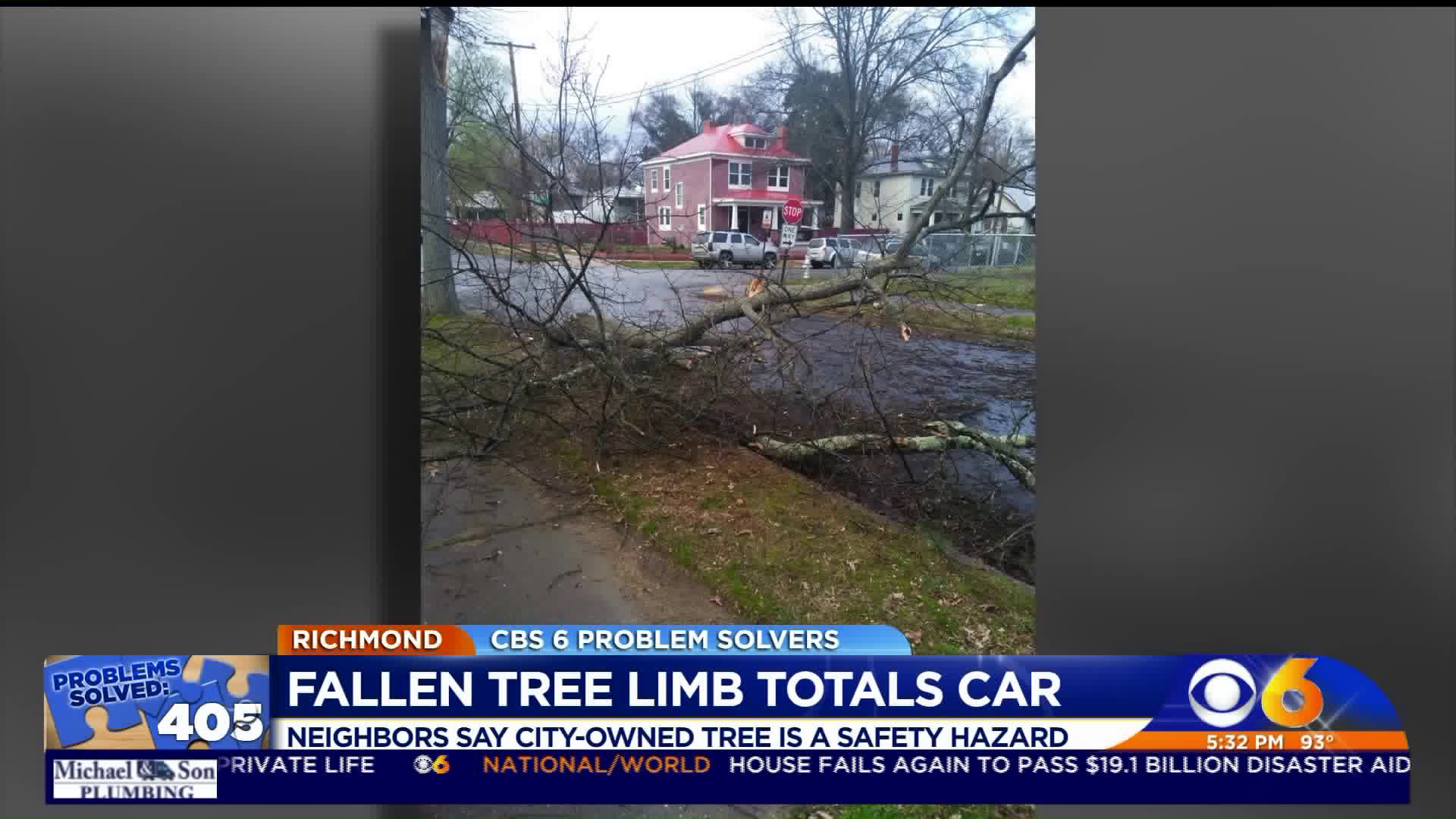 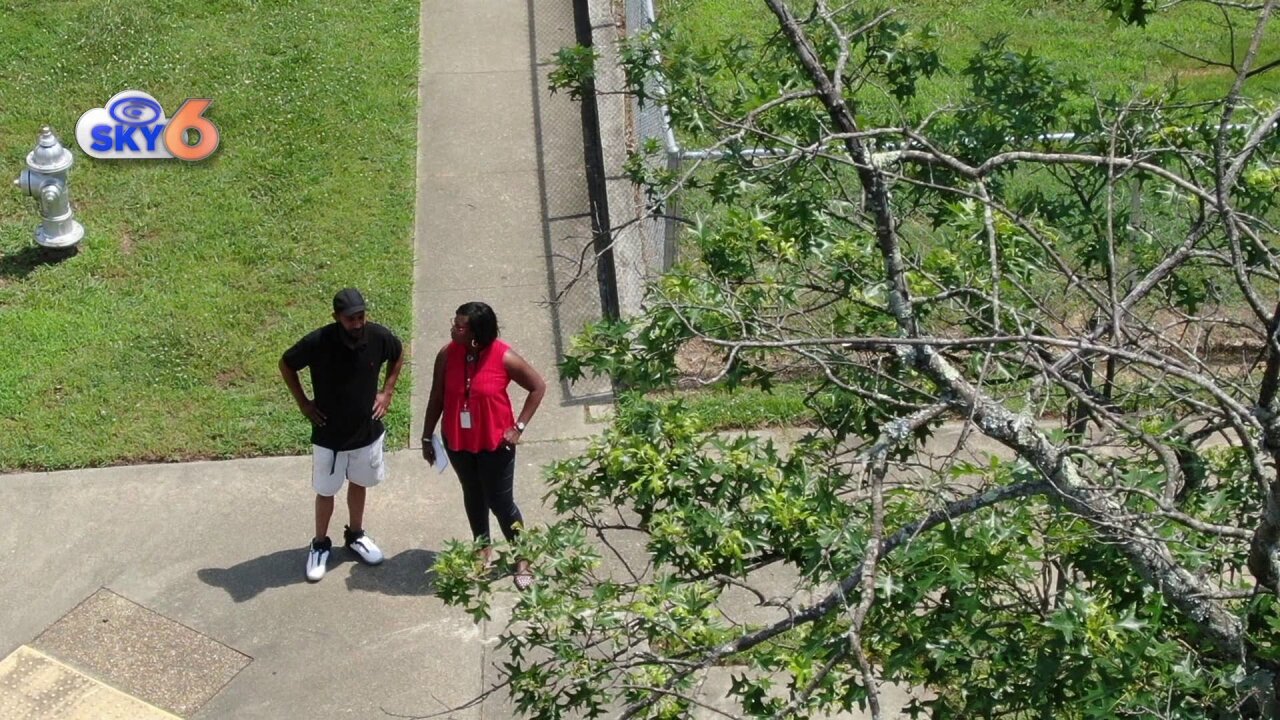 RICHMOND, Va. -- A Richmond man reached out to CBS 6 Problem Solvers after his car was destroyed by a falling branch from a city tree. Angelo Pleasants says he filed a claim with the City of Richmond, but it was denied.

“The city just didn’t care… They just didn’t give it a thought, honestly,” said Pleasants on his encounter with the city.

He filed a claim in March when a huge limb fell off a city tree and onto his car as he drove by.

“Smashed my car. Broke the passenger window out. Broke the sunroof. Smashed up the hood and side panels,” said Pleasants.

The incident didn’t surprise neighbors living near the intersection of Gordon Avenue and E. 22nd Street.

Ray Corker says he is concerned that the tree and a few others in the area are a safety hazard.

Pleasants believes the tree is dead and wants the city to remove it. He filed a claim because his car was totaled, but his claim was denied.

He says a city representative told him no one ever reported the tree as a hazard.

Richmond's Department of Public Works Spokesperson Sharon North said the tree isn’t dead but does have some decay.

“If we had noticed that it was a hazard and failed to take it down in a reasonable time frame, we would have liability. There were two trees nearby, on Gordon, that had been reported. But not the one Mr. Pleasants is referring to,” said North.

Corker disagrees. He said the city should take responsibility for their tree.

“My brother used to call all the time and tell them about the trees. The city didn’t do nothing about it,” he said. “I think they ought to pay for his car to get fixed or buy him a second-hand car, what his car is worth.”

North says tree inspections are based on requests and the tree in question has now been assessed and classified as having a tree risk rating of moderate.

She says the tree that fell on Pleasant’s car will be removed but says it's not on the high priority list.

Pleasants said he wanted to share his story, so residents are aware of what they are up against if they suffer property damage because of a city tree.