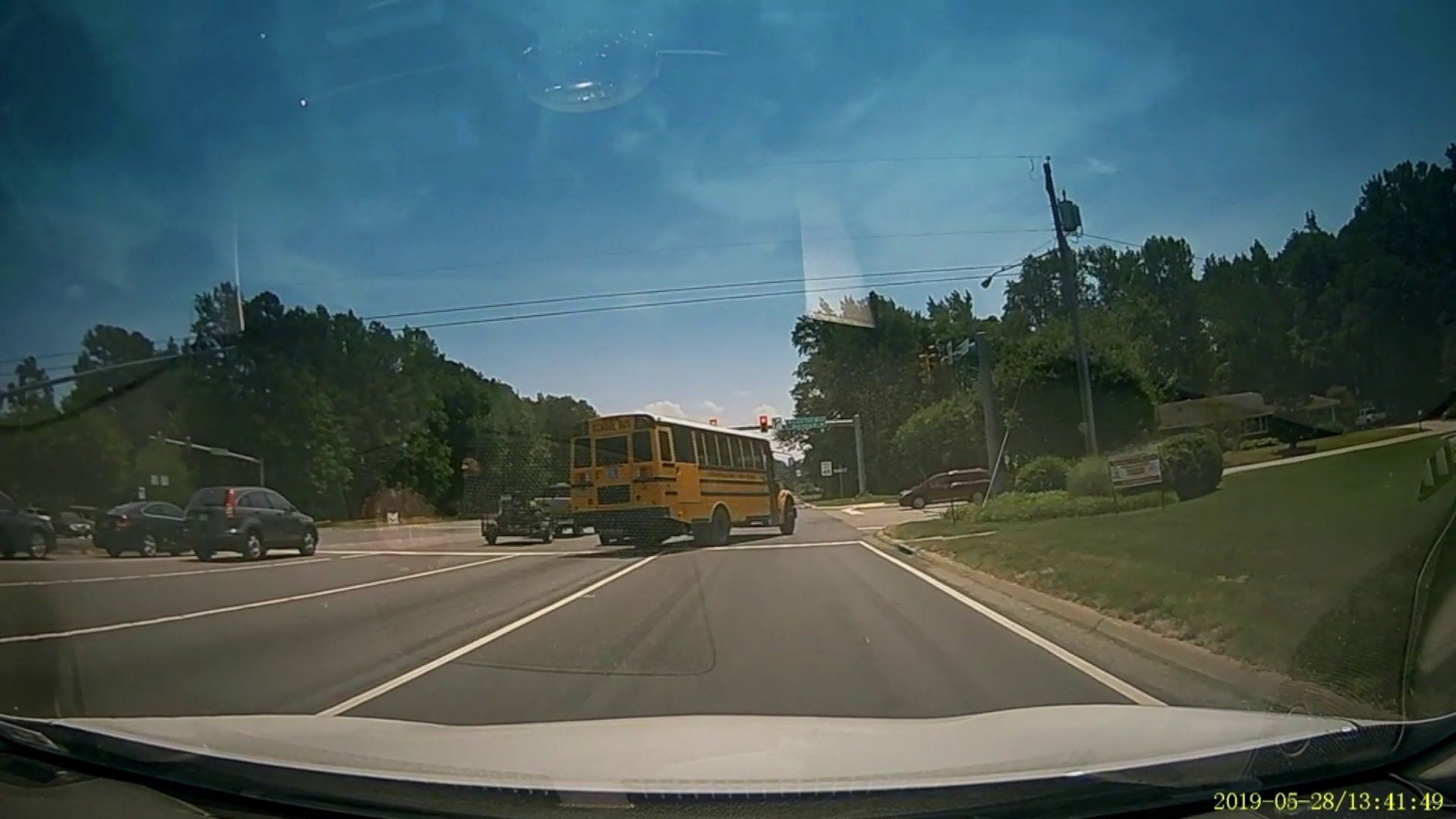 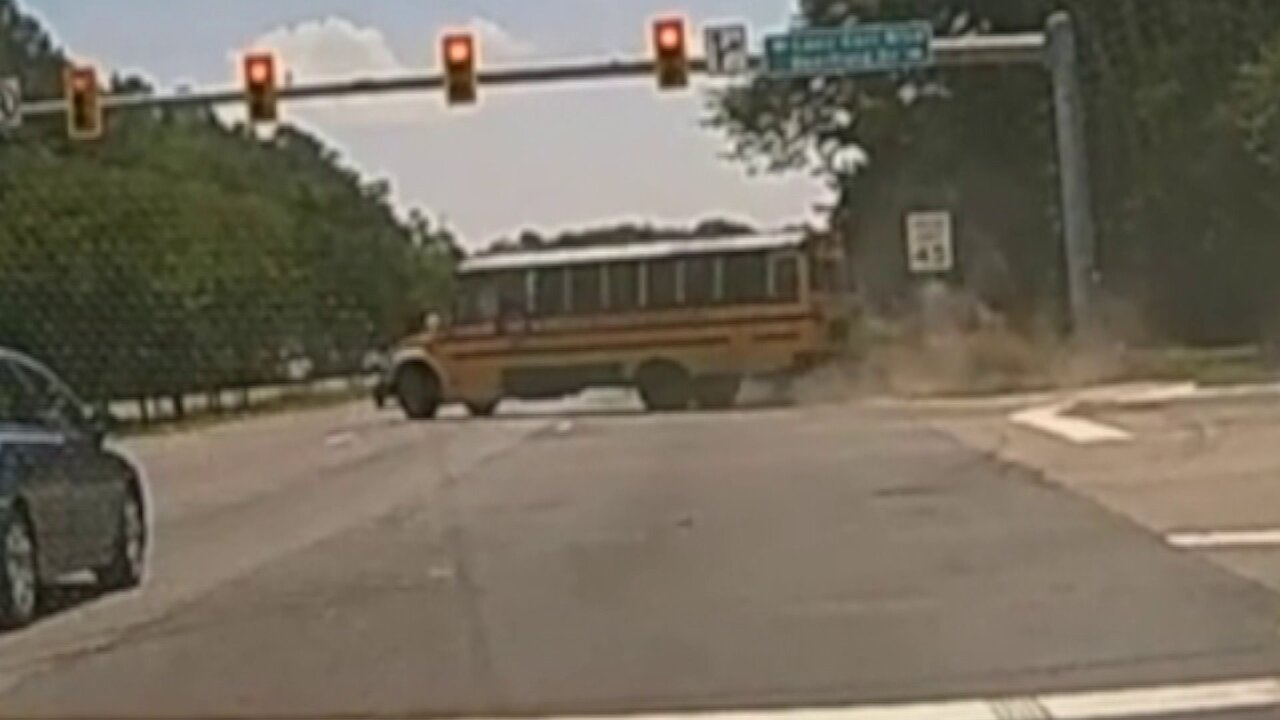 CHESTERFIELD COUNTY, Va. -- A Chesterfield School bus driver was charged after dashcam showed her swerving through an intersection and crashing into multiple vehicles.

Chesterfield Police said the crash happened just before 1:45 p.m. Tuesday at the intersection of Iron Bridge Road and Deerfield Road.

"A school bus, which did not have any students on it, was traveling east on Iron Bridge Road approaching the intersection with Deerfield Drive. The traffic light turned red, and the vehicle in front of the bus stopped quickly," a police spokesperson said. "To avoid the car, the bus driver swerved to the right, striking the sedan that had stopped in front of it and striking a minivan that was waiting to turn from Deerfield Drive onto Iron Bridge Road."

Dashcam video showed the bus swerving through the red light and wiping out a street sign.

"The bus then swerved back to the left, and eventually came to a stop in the westbound lanes of Iron Bridge Road," police said.

Suzanne Falkowski, who was working at a nearby doctor's office, said patients were late coming in because of the scene.

"What if there had been kids on the bus?" Falkowski asked. "That bus could’ve flipped. I feel like if you’re a school bus driver you should be held to a higher standard, too."

"There was apparently a gentleman mowing the grass in the median on Iron Bridge. He was very close to where the bus went and just stood there completely shocked," she added.

A Chesterfield Schools spokesperson said the bus driver was headed to afternoon pickups and would not comment further on personnel matters.

The bus driver, Elfreda D. Tyler-Anderson, 47, of Richmond, was issued a summons for misdemeanor reckless driving, failure to maintain control. Tyler-Anderson didn't respond to a request for comment.