Hubble telescope captures image of a galactic ‘hit and run’ 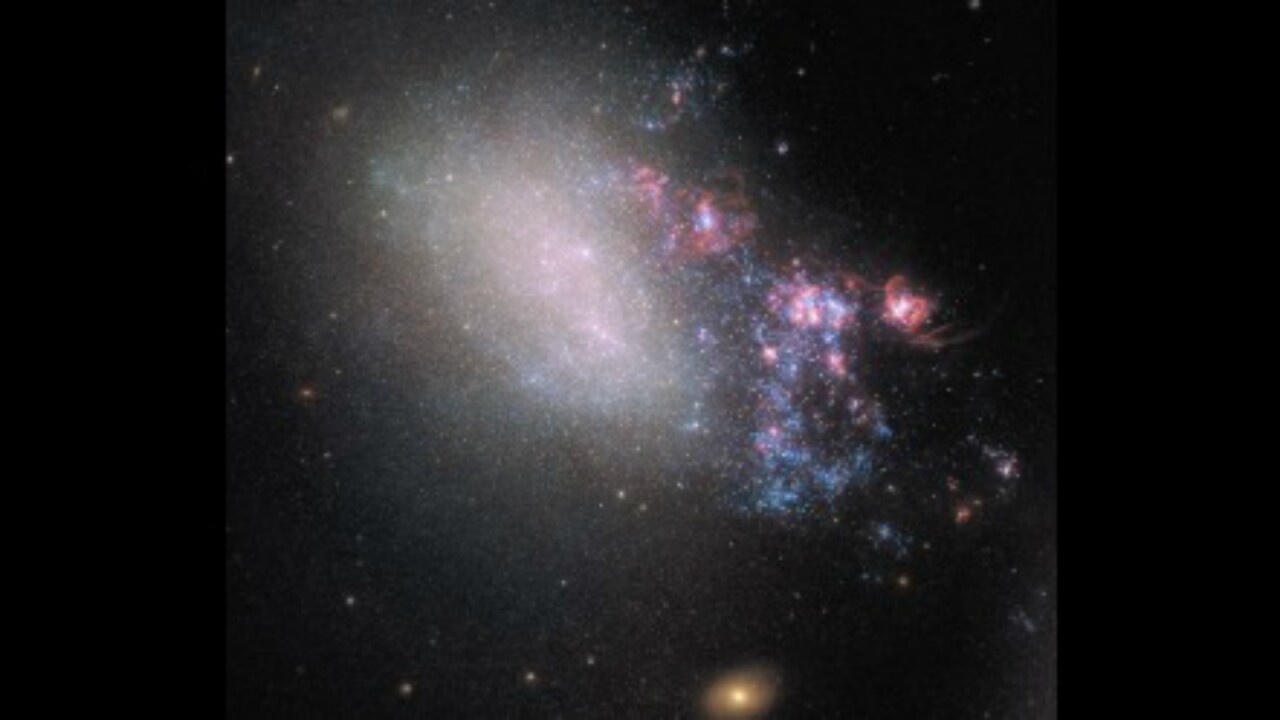 About 30 million light-years from Earth, two galaxies came together in an epic collision, and the beautiful fallout was captured by the Hubble Space Telescope.

The collision was more like an accidental hit and run between two neighboring galaxies, NGC 4485 and NGC 4490, that can be found in the Hunting Dogs constellation. Given the distance of these galaxies from us, the collision wasn’t captured in real time. It happened millions of years ago, but we’re just now seeing it.

Now, the galaxies are moving away from each other, and the gravitational force between them is warping the shape of each. There’s a 25,000 light-years-long stream of stars and gas between the two galaxies.

But rather than being destructive, the violent encounter encouraged new star formation.

In the image captured by Hubble, the right side of NGC 4485 is bright with the birth of blue stars and pink nebulas signifying that stars are “incubating.” On the left are the remnants of its structure that was evolving normally before the collision.

On the bottom right is a hint of the fleeing NGC 4490.

These blue stars have a short life span, quickly burning through their fuel and exploding. But those explosions also release material and heavy elements into space, which leads to the creation of new stars.

These collisions were common in the early universe, when it was smaller and galaxies were in closer proximity, sideswiping and bumping into each other.

This image, along with the other unique views of our galaxy captured by Hubble, is shedding light on galactic evolution.