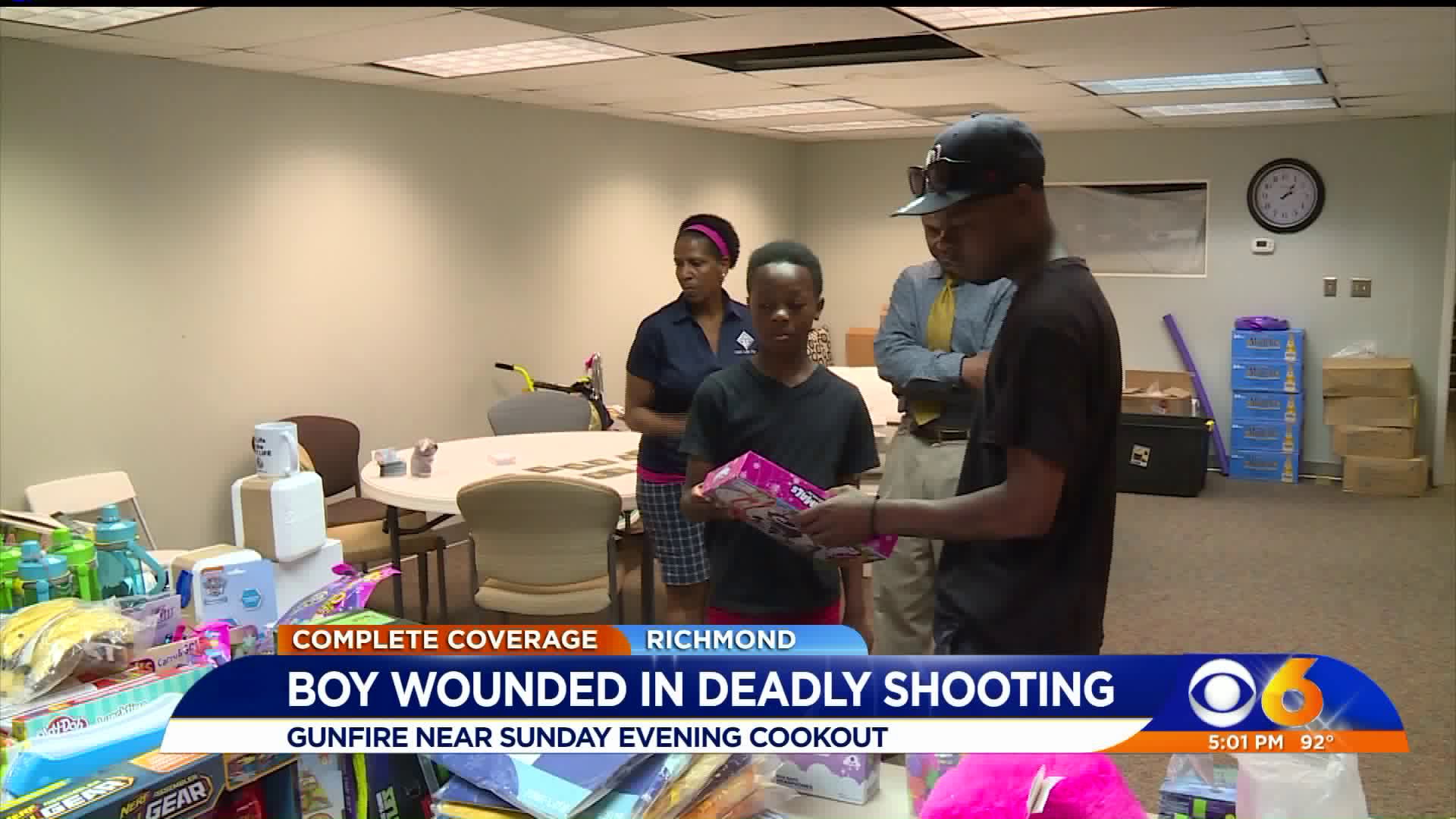 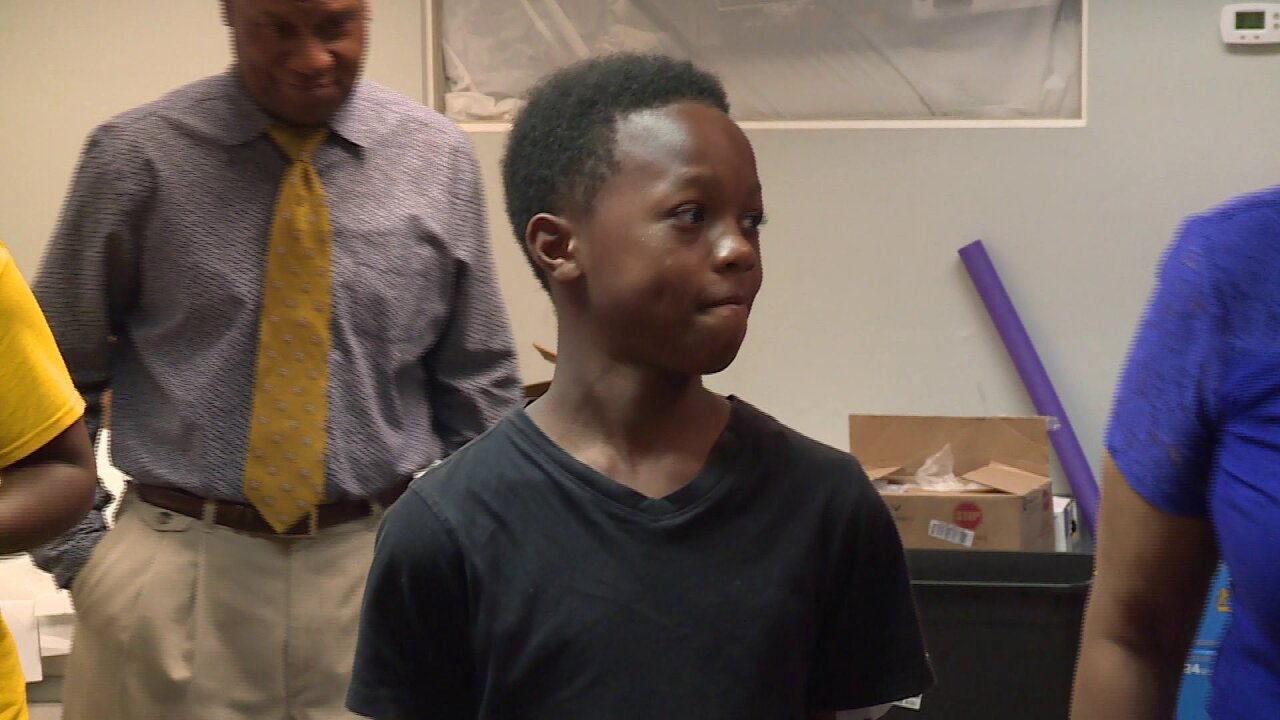 RICHMOND, Va. -- In the past 48 hours, not much has felt normal to 11-year-old Jaquez and his dad Raquan.

The bandages on his arm and under his shirt are visible reminders of the life-threatening situation Jaquez endured during a Sunday evening cookout on Memorial Day weekend.

Gunfire erupted across Carter Jones Park in the Swansboro neighborhood, killing 9-year-old Markiya Dickson and badly injuring Jaquez. The community cookout was happening separate from the altercation that ended in gunfire, police said.

For the first time since the shooting and his release from the hospital, CBS 6 was able to see firsthand how the 6th grader is recovering.

Meeting with the Ricky Johnson and Friends Foundation for help, the father and his son say they’re blessed because had the bullet struck two inches closer, it would have pierced his lung.

They allowed Johnson to speak on their behalf.

“It’s not just one family, it’s not just one child that you impacted. You tore up a community based on a decision you made," said Johnson of the shooter. "Now, I need you to be man enough to face that same community you destroyed and turn yourself in."

Off camera, the 11-year-old told CBS 6 that he was playing tag with other kids just before he was shot.

Dad said he was at work when he received a frantic call to get to the VCU Medical Center immediately. He ran the entire way from his job at a downtown hotel to be with Jaquez.

His spirit was broken even more to learn that Markiya passed away.

“We have to do better and if we can’t go to a neighborhood park and have a good time, there’s a problem,” Johnson said.

While Johnson’s organization is helping the family out with some of their need during this difficult time, he says what they all want more than anything is help to get the shooter off the streets.

Now the families are left to deal with tremendous grief, unexpected trauma, and financial expenses that the crime brought.

Johnson is glad that the Virginia Victims Fund, a state-run program, can help the family with expenses like medical bills and counseling.

“This is money from offenders who pay fines. The money is to try and help you get back to some normalcy," said Johnson. "We are going to try to help the family get every resource possible."

As for Jaquez and his dad, they say they know there will be a long road to recovery, but mentally and physically.

Despite just getting out of the hospital, Jaquez says that he didn’t feel pain Tuesday and he’s going to try to return to school on Wednesday.