A 97-year-old woman finally goes to her first prom 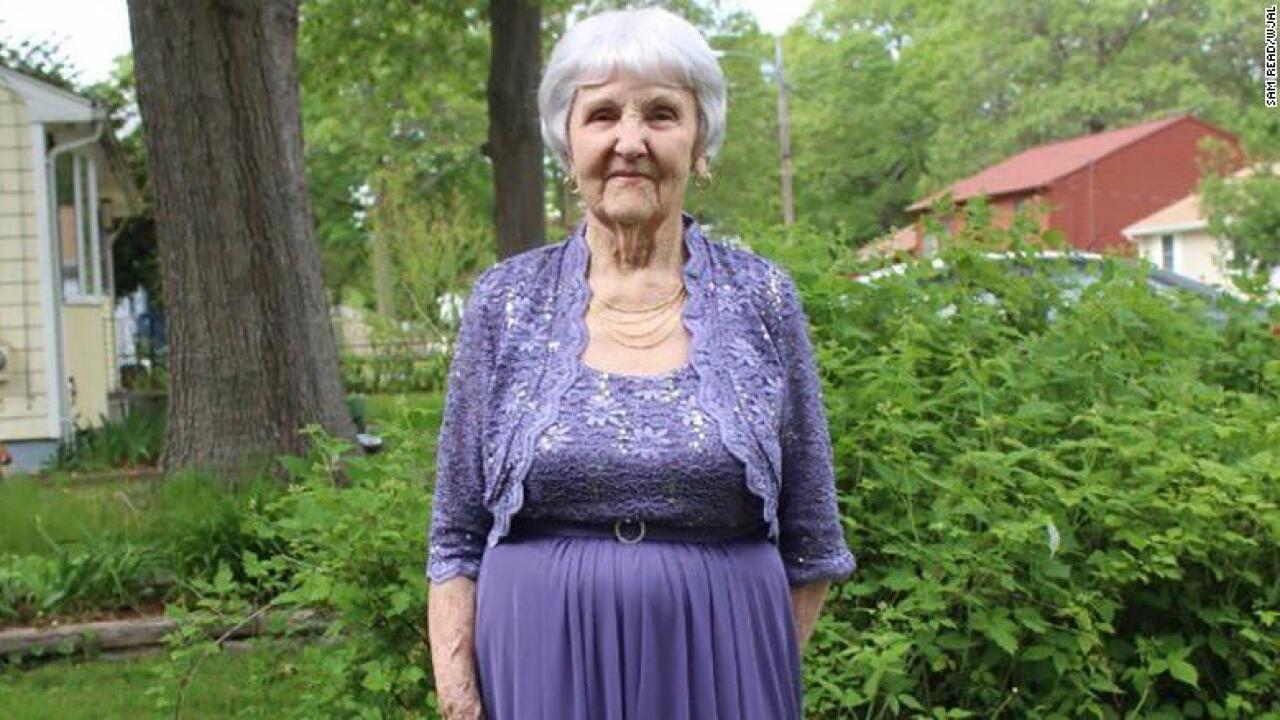 Helen Danis attended her very first prom at 97 years old — and then became the prom queen.

Helen Danis attended her very first prom at 97 years old — and then became the prom queen.

“I couldn’t keep up with the kids,” Danis told CNN affiliate WJAR. “I didn’t really fit in. We were in the middle of a depression and money was scarce.”

But her granddaughter Julie Huddon has been helping her grandmother check things off her bucket list.

She got permission from Pilgrim High School, in Warwick, Rhode Island, where she is the principal, to have her 97-year-old grandmother attend the prom as her date last Friday.

Granddaughter Julie Huddon requested permission from her school to bring her grandmother to prom.

“We’ve been doing a lot of things that she has said she wanted to do,” Huddon told WJAR. “She sat on Santa’s lap for the first time in December. I never know about her, she’s full of surprises.”

Huddon even gave her grandmother a promposal.

“I got a crown for her and wrote her a note, asking her to be my date to prom,” Huddon said.

Danis danced the night away doing the Hully Gully (that’s a line dance from The Sixties), the Cupid Shuffle and the Cha-Cha Slide.