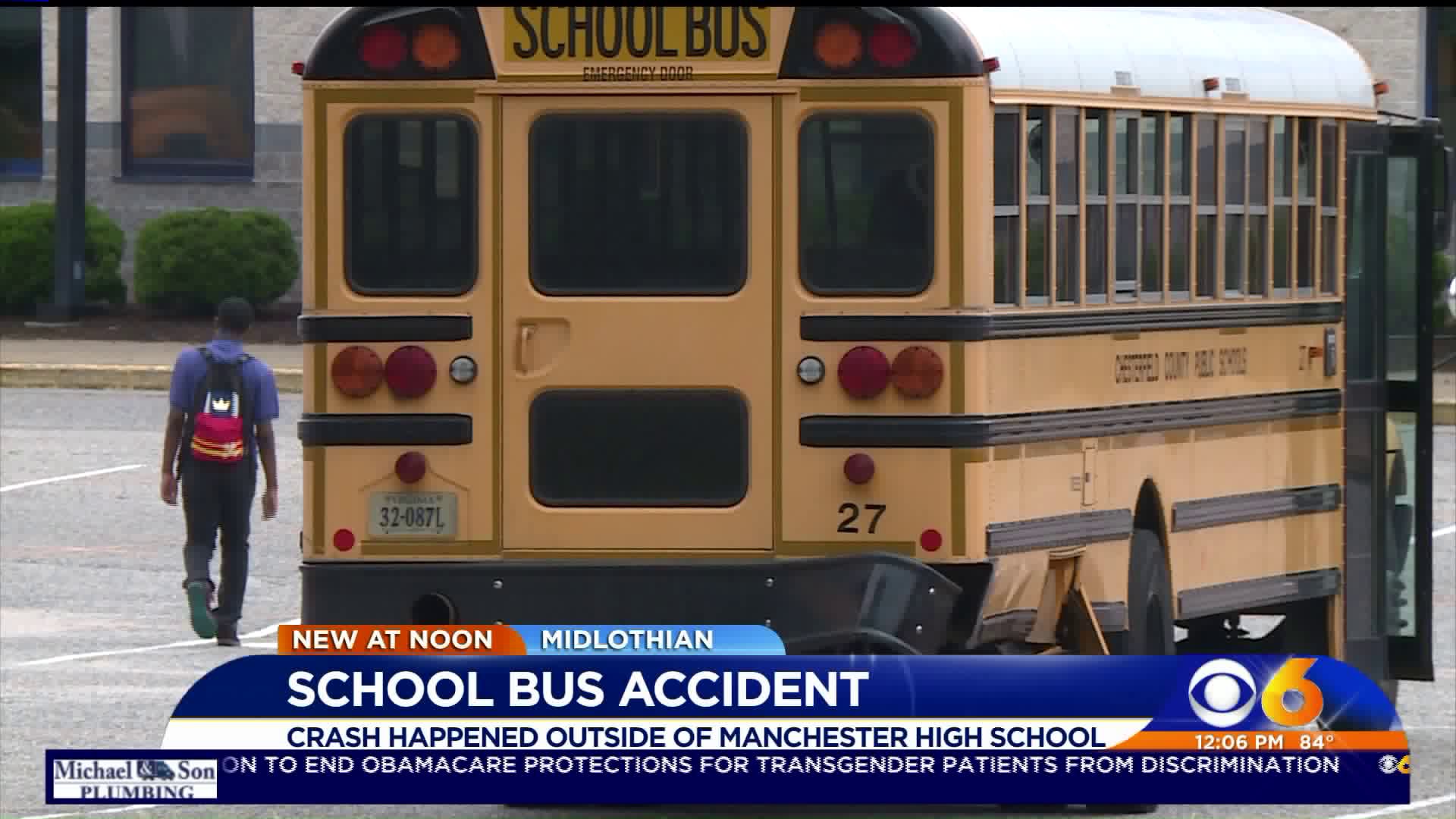 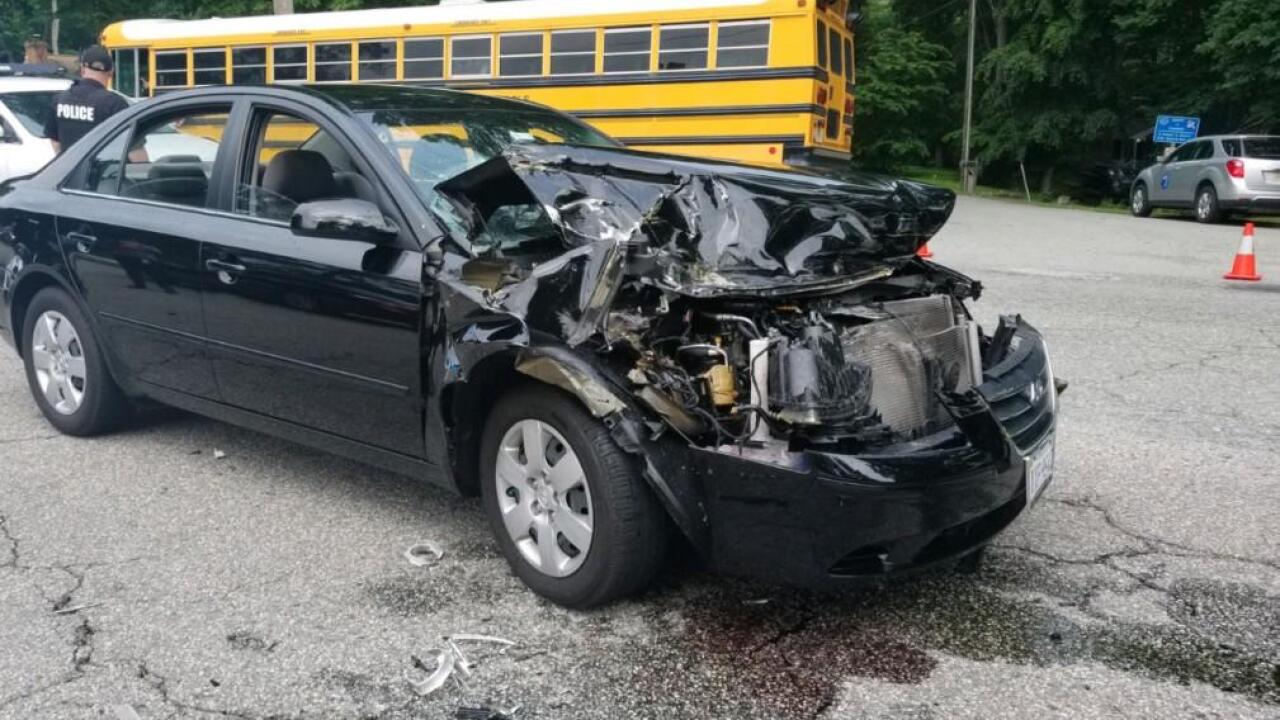 CHESTERFIELD COUNTY, Va. – A man is recovering in the hospital and a Chesterfield school bus driver has been issued a summons after a crash near Manchester High School on Tuesday morning.

“A school bus was turning left into the parking lot when it was struck in the rear right side by a sedan that was traveling on Bailey Bridge Road,” said a Chesterfield Police spokesperson.

The male driver of the sedan was taken to the hospital with non-life-threatening injuries, his father tells CBS 6. The driver was the lone occupant in the vehicle.

The school bus did have students on board, but no one was injured, according to police.

The bus driver was issued a summons for failure to yield while making a left turn.