2 dead after tornado touches down in Oklahoma 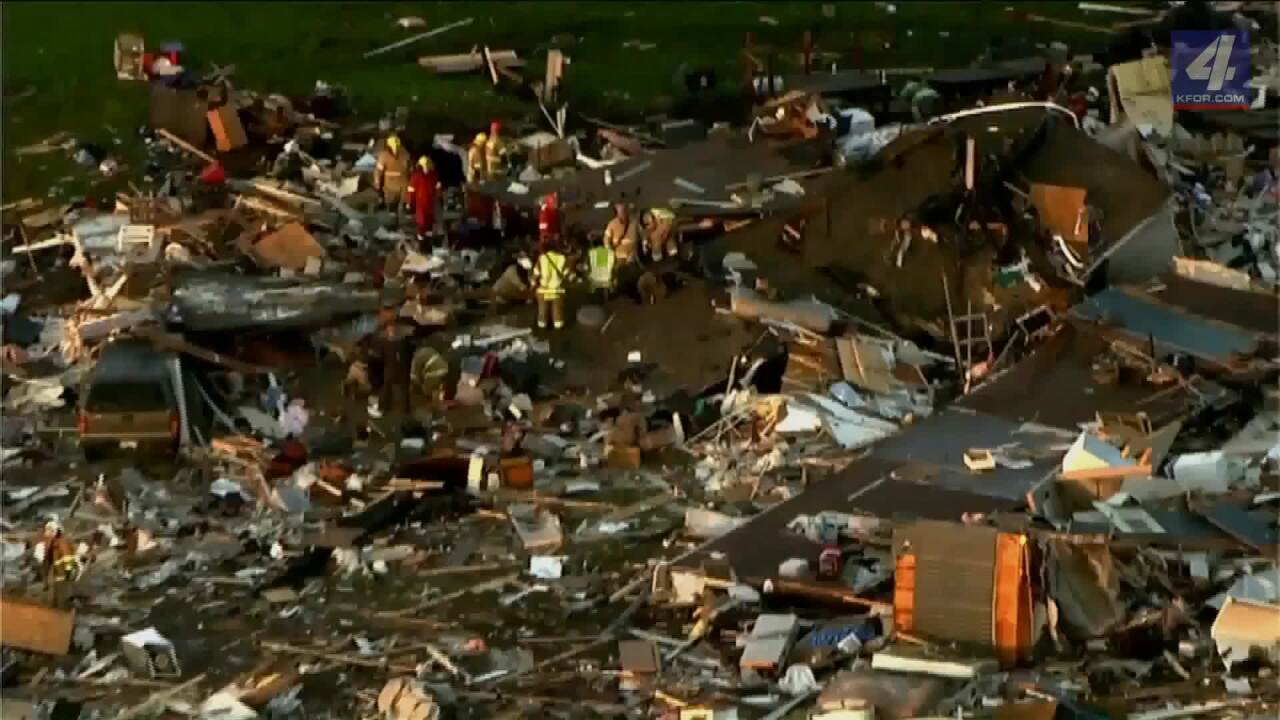 EL RENO, Okla. -- A powerful EF-3 tornado tore through a city in Oklahoma, killing at least two people and injuring at least 29, authorities said. Some of the injured are in critical condition.

"It's a lot of devastation here, it's leveled, it's just devastated, White said in a phone interview with CNN. "It's tore all to pieces, it was terrible."

Officials were going door to door to find victims and assess the damage after it touched down in the city late Saturday night. A search and rescue operation is still underway, White said at a press conference Sunday morning.

Rachel Garrison was in a mobile home when the storm hit, according to CNN affiliate KOCO.

"I heard it coming," she told the station.

The next thing she felt, Garrison said, was another trailer flipping over onto the one her family was in.

"After everything was over with and all the shaking and jarring, the sirens went off," Garrison told the station.

The park had 88 mobile homes, White said, and "We're looking at basically under 15, under 16 trailers were the ones involved in the tornado."

The mayor said the sirens went off at 10:27 p.m., and according to the information he had, the storm touched down four minutes later.

In addition to the mobile home park, a hotel was damaged, Fire Chief Kent Lagaly said.

All guests have been accounted for, the hotel's owner Ramesh Patel said. One employee broke a leg and is being treated at a hospital, he said.

The tornado was rated EF-3 on the Enhanced Fujita scale, the National Weather Service in Norman, Oklahoma, said on Twitter after completing its survey of the damage in El Reno. The twister lasted only 4 minutes, the service said.

Only about 5% of all tornadoes are rated EF-3 or higher, according to CNN meteorologist Brandon Miller. An EF-3 rating indicates maximum wind speeds of 160 mph.

The tornado hit as Oklahoma and other parts of the Midwest were still reeling from a deadly spring storm system that has resulted in more than 170 reported tornadoes plus strong winds, flash flooding and hail.

In Oklahoma, two people died in the flooding and storms, and 87 others were injured, the Oklahoma Department of Emergency Management said in a press release. Across the central US, 10 people were killed and a 4-year-old boy is missing.

On Friday, a state official said floods were believed to have impacted at least 1,000 homes, especially in northeastern Oklahoma around the swollen Arkansas River.

Gov. Kevin Stitt on Friday amended an earlier executive order to declare a state of emergency in all 77 counties across the state due to the severe weather.