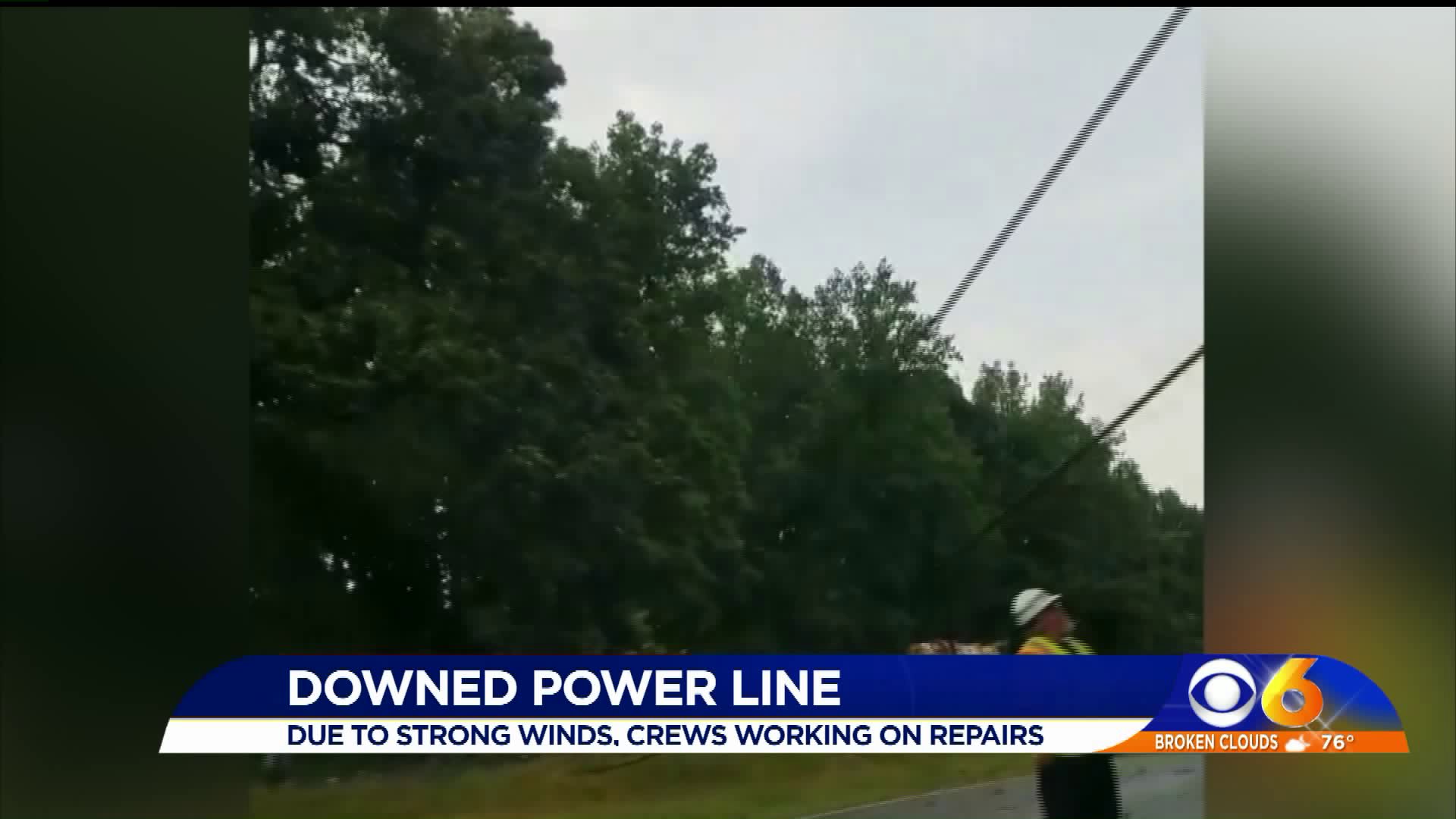 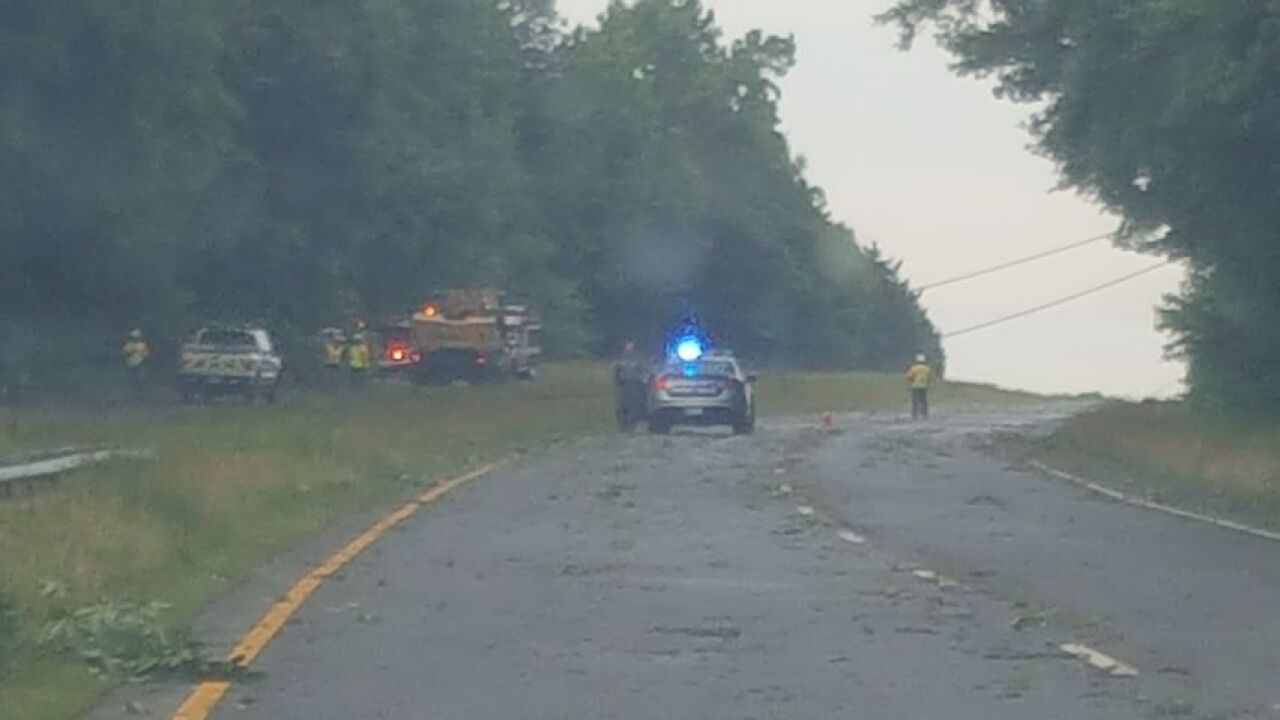 "The storms that develop may be strong to severe with heavy rainfall, hail and strong wind gusts," Meteorologist Mike Stone said Sunday morning. "Ingredients for rotating storms are extremely low." 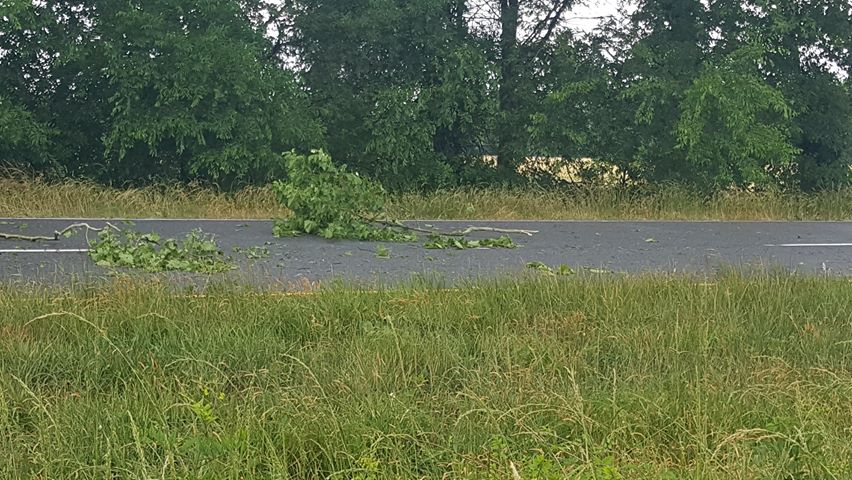 Strong winds downed trees and some power lines along on Route 360 near Aylett in King William County.

"It looks like straight-line wind damage, which can be worse," Meteorologist Mike Goldberg said. "There was a clear burst of very strong winds that went through that area."

Lynn Davis Cranmer said she drove through the storm.

"My truck was getting pelted with debris," Cranmer said.

Amber Marie said she lives a couple miles down from Route 30.

"[I] could see the straight line winds on one side of our property going crazy, and other side was completely clear," Marie said. "Crazy storm!"

As of 7 p.m., about 350 customers were without power in King William County.

where strong winds caused a tree to fall -- barely scraping the exterior of this home.

The winds caused a tree to fall, barely scraping the exterior of a home in the 110 block of Timber Ride Lane.

We're told the house was empty and no one was hurt.