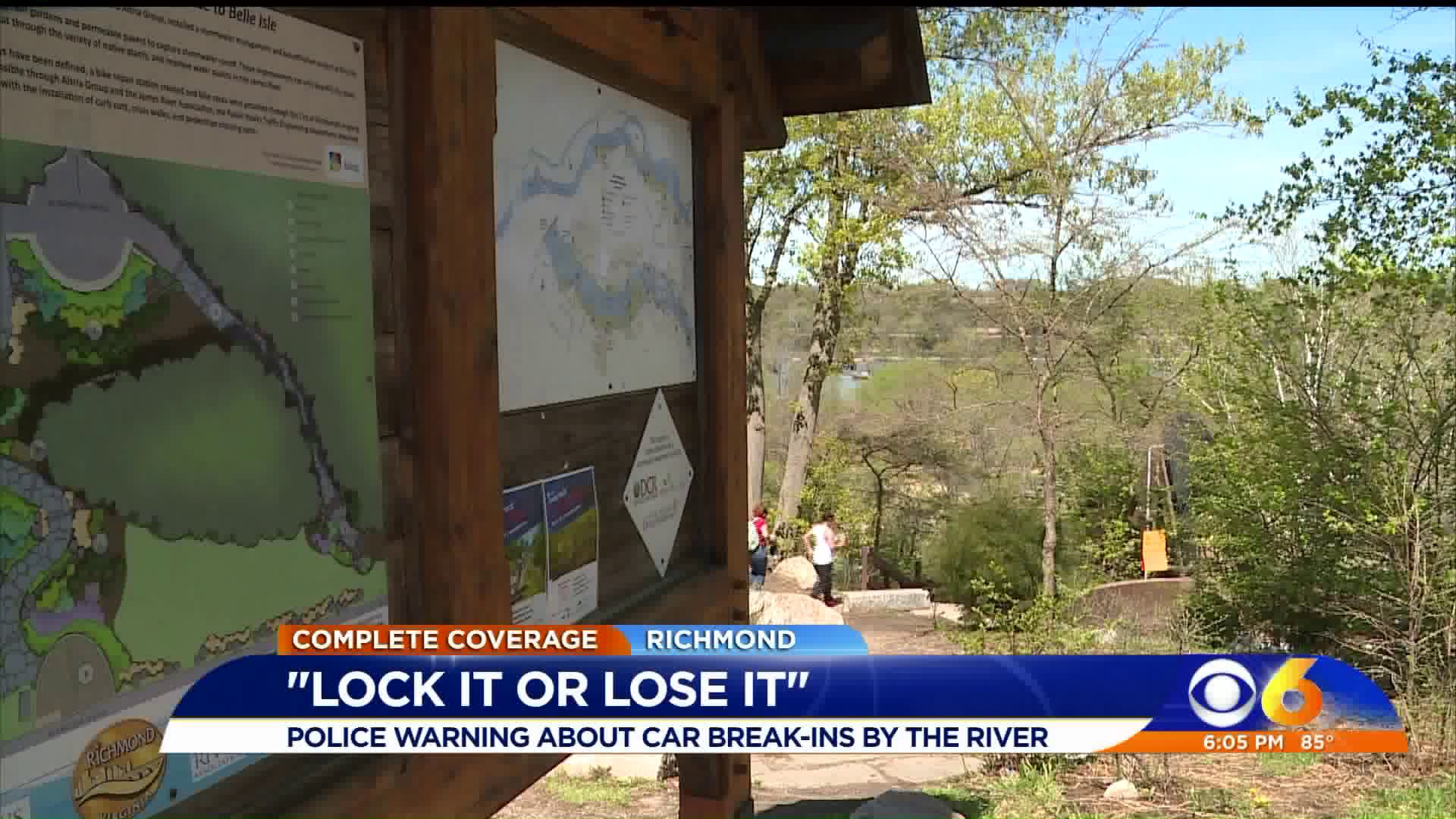 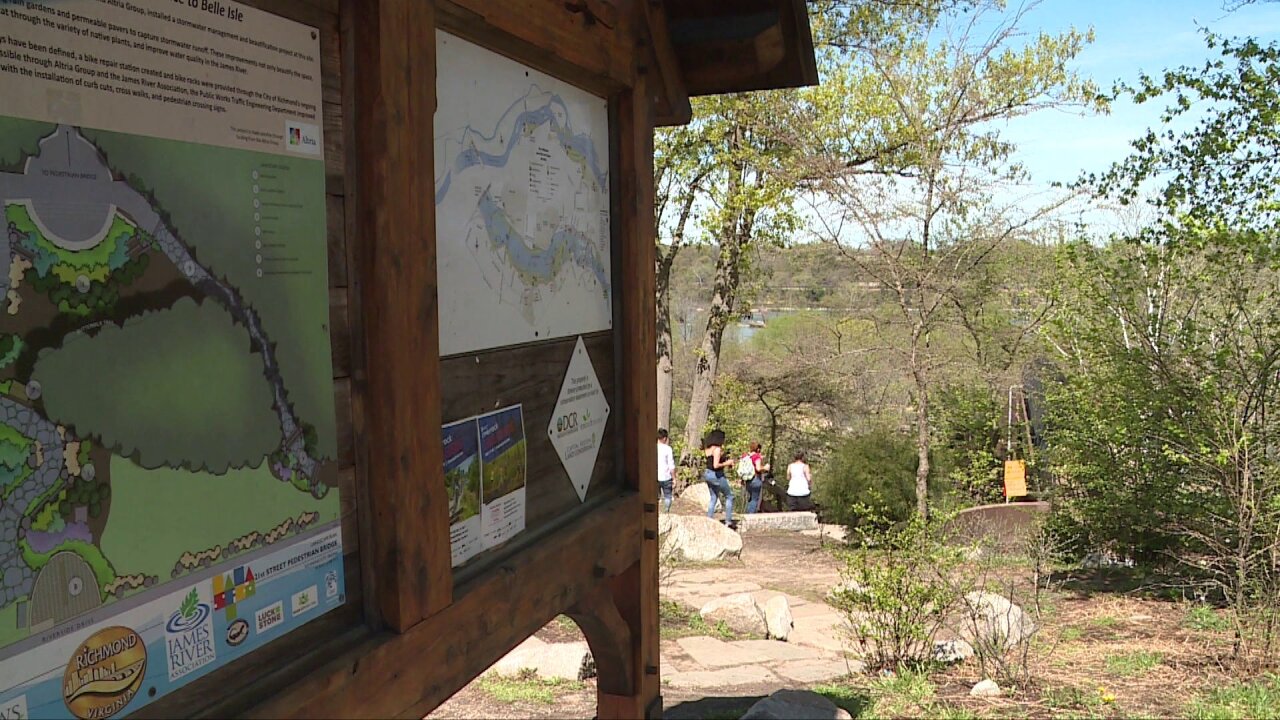 RICHMOND, Va. -- Police in Richmond are warning folks visiting the city’s parks to protect their belongings over the Memorial Day holiday weekend.

“If you're headed out to enjoy the James River Park System don't forget to LOCK UP those valuables,” Richmond Police posted on Facebook.

The warning comes following an uptick in car break-ins along the James River in April.

Prendergast said thieves understand as the weather gets nicer people are going to be coming to the river and they will look for unlocked cars and vehicles with valuables in plain sight.

Additionally, Prendergast said nearly all the April victims did not live in the city.

“Ninety-seven percent of our victims do not come from the City of Richmond,” said Prendergast. “We are seeing that they are the ones being victimized because they don’t either know the area or aren’t aware of the issues that we have in the area.”

Officials said this latest spike is due to the weather warming up.

If you want to keep your belongings, officers say, "Lock it or lose it."