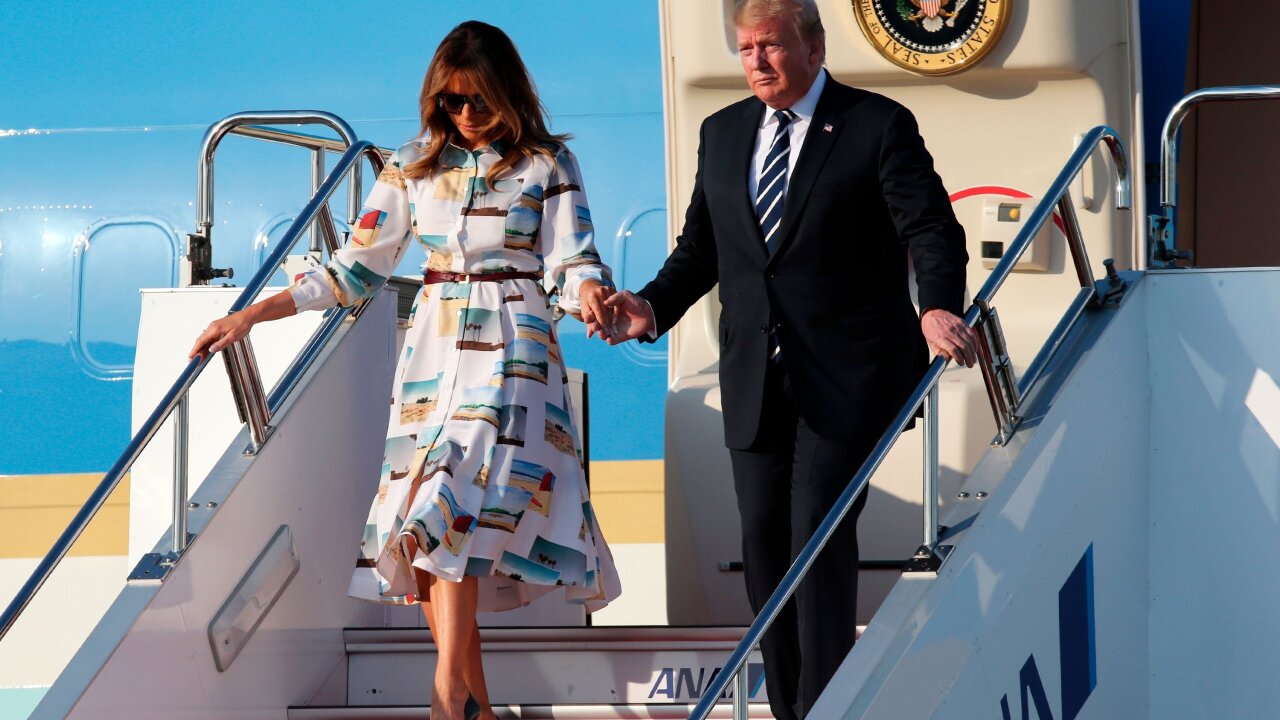 US President Donald Trump and First Lady Melania Trump disembark from Air Force One upon arrival at Haneda international airport in Tokyo on May 25, 2019.

An earthquake shook parts of the region around Tokyo on Saturday, just ahead of US President Donald Trump’s arrival to Japan.

The epicenter was in Chiba, 48 miles south of Tokyo, according to information from Japan’s meteorological agency, which is next to the town where Trump and Prime Minister Shinzo Abe are due to play golf on Sunday.

The quake, which measured as magnitude 5 by the US Geological Survey, could be felt in Tokyo — where buildings shook, but there is no tsunami threat and no readily visible damage.

Trump is the first foreign leader to visit Japan in the “Reiwa” era, which formally began Emperor Naruhito was crowned on May 1. Japan’s eras mark who the emperor is and form the basis for the Japanese calendar system.

Former Emperor Akihito, 85, presided over the Heisei era, which ended the day he stepped down in April.

During Trump’s largely ceremonial visit to Japan, he will meet the country’s new emperor and will also hold discussions with Japanese Prime Minister Shinzo Abe — with trade and North Korea high on the agenda. He is joined by first lady Melania Trump.

The state visit will provide an altogether more pleasant vibe than in Washington, where talk of impeachment is now rampant and Trump is seething at Democrats’ investigations into his administration.