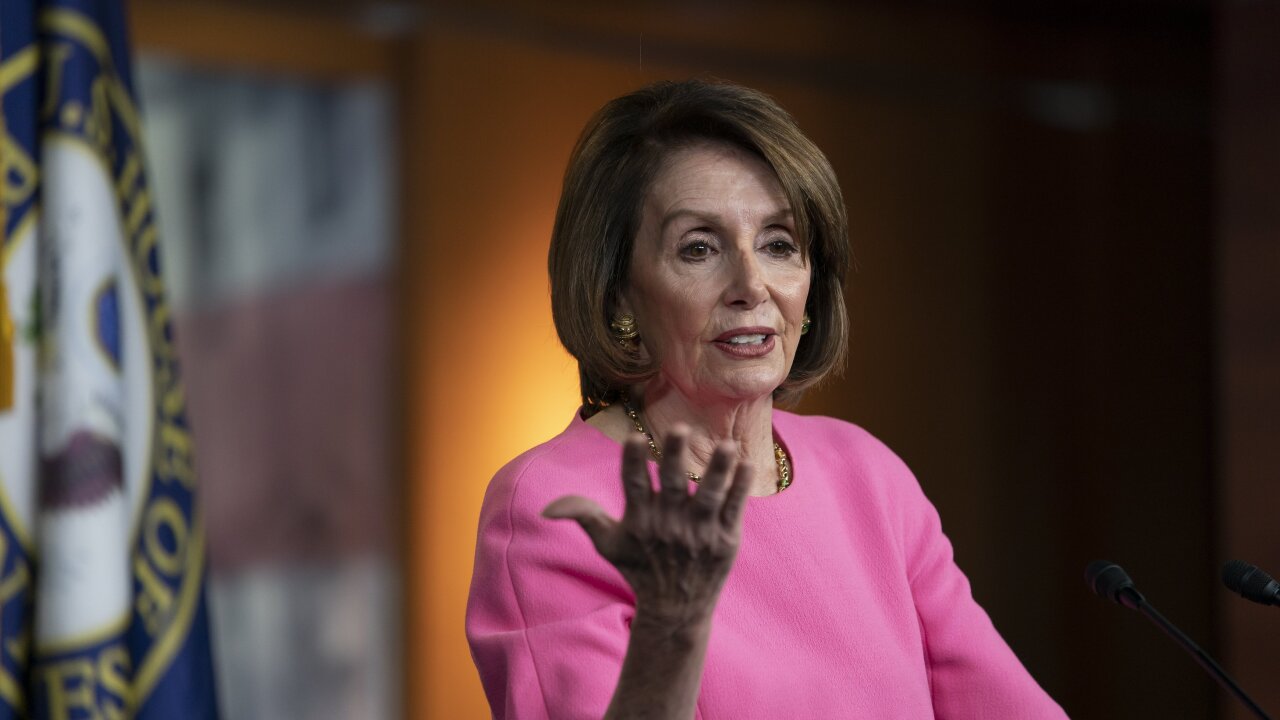 A manipulated video being shared by some social media users to spread a false claim that House Speaker Nancy Pelosi slurred her words after meeting with President Donald Trump.

President Donald Trump and his allies are attempting to discredit House Speaker Nancy Pelosi — questioning her mental capabilities by sharing videos, including one that was doctored, of her appearing to slur her speech and stammer at recent public events.

The videos, shared and viewed by millions, come during ongoing tensions between Democrats and the President over several House investigations probing his business, campaign and finances as well as mounting pressure on Pelosi to pursue impeachment. This week, two courts ruled against the President, who is appealing those rulings, to try to prevent his bank and accounting records from going to congressional investigators.

Ahead of her meeting at the White House on Wednesday to discuss infrastructure, Pelosi accused the President of a cover-up. Trump retaliated by telling Pelosi and other Democrats gathered at the White House for the meeting later that day that he wouldn’t work with their party until congressional investigations related to him were resolved.

Following the high-profile insult trading, the videos started getting traction in Trump’s orbit. One video — shown during a segment on “Lou Dobbs Tonight” on Fox Business Network — is a compilation of Pelosi stuttering and stammering during a news conference on Capitol Hill on Thursday. At one point, the clip zeroes in on and repeats a segment in which Pelosi refers to “three things” but holds up only two fingers. Trump shared the video on Twitter, writing, “PELOSI STAMMERS THROUGH NEWS CONFERENCE.”

The sole voice responding to the compilation in the segment on Fox Business besides the show’s host, Gregg Jarrett, was Ed Rollins, who helps lead a pro-Trump PAC.

“My sense is she has a very big job, I think she’s getting worn down. She was always very neat and very proper. She was very inarticulate — which she has never been in the past — and I think to a certain extent she needs to step into the background and not be out front as much,” Rollins said of the edited video.

On the President’s Twitter feed alone, the video has been viewed more than 3 million times.

Pelosi’s spokesman declined to comment on the video when contacted by CNN. When asked about the videos targeting the California Democrat, her spokesman Drew Hamill told The Washington Post, which first reported the story, “We’re not going to comment on this sexist trash.”

Meanwhile, another video that makes use of crude video manipulation started circulating, showing Pelosi’s onstage comments at the Center for American Progress on Wednesday. The video features slowed-down footage of the event, which makes her words seem slurred.

The video was shared by Trump’s lawyer, Rudy Giuliani, on social media and he told CNN he had “no way to know if it’s doctored or not,” and he took the clip down after a friend told him the video was doctored.

However, he said, Pelosi “does halt and interrupt more than usual, more than most people do.” He added that personal attacks against her will stop “when she’s ready to stop saying things like the President needs an intervention.”

“She’s the speaker of the House. Grow up. Stop it. You’re too old for that,” Giuliani continued. “He’s plenty emotionally or mentally capable, as much or more than her.”

A Facebook representative told CNN on Thursday that the doctored Pelosi video had been referred to the company’s third-party fact checkers for review. On Friday, the company said one of its fact checkers had said the video was false.

Because of that determination, Facebook will downrank the video, meaning it will show up in fewer users’ news feeds. The video will remain on the platform, however. One version of it had 2.5 million views on the platform as of Friday morning, according to Facebook’s metrics.

Trump, meanwhile, is defending his attacks against Pelosi.

On Thursday, he called the speaker “a mess” and “crazy.”

And asked Friday what he hoped to get accomplished by launching the personal attacks against Pelosi, Trump said, “When you say a personal attack, did you hear what she said long before I went after her? Did you hear her? She made horrible statements.”

“She knows they’re not true. She made — she said terrible things. So I just responded in kind,” he continued.