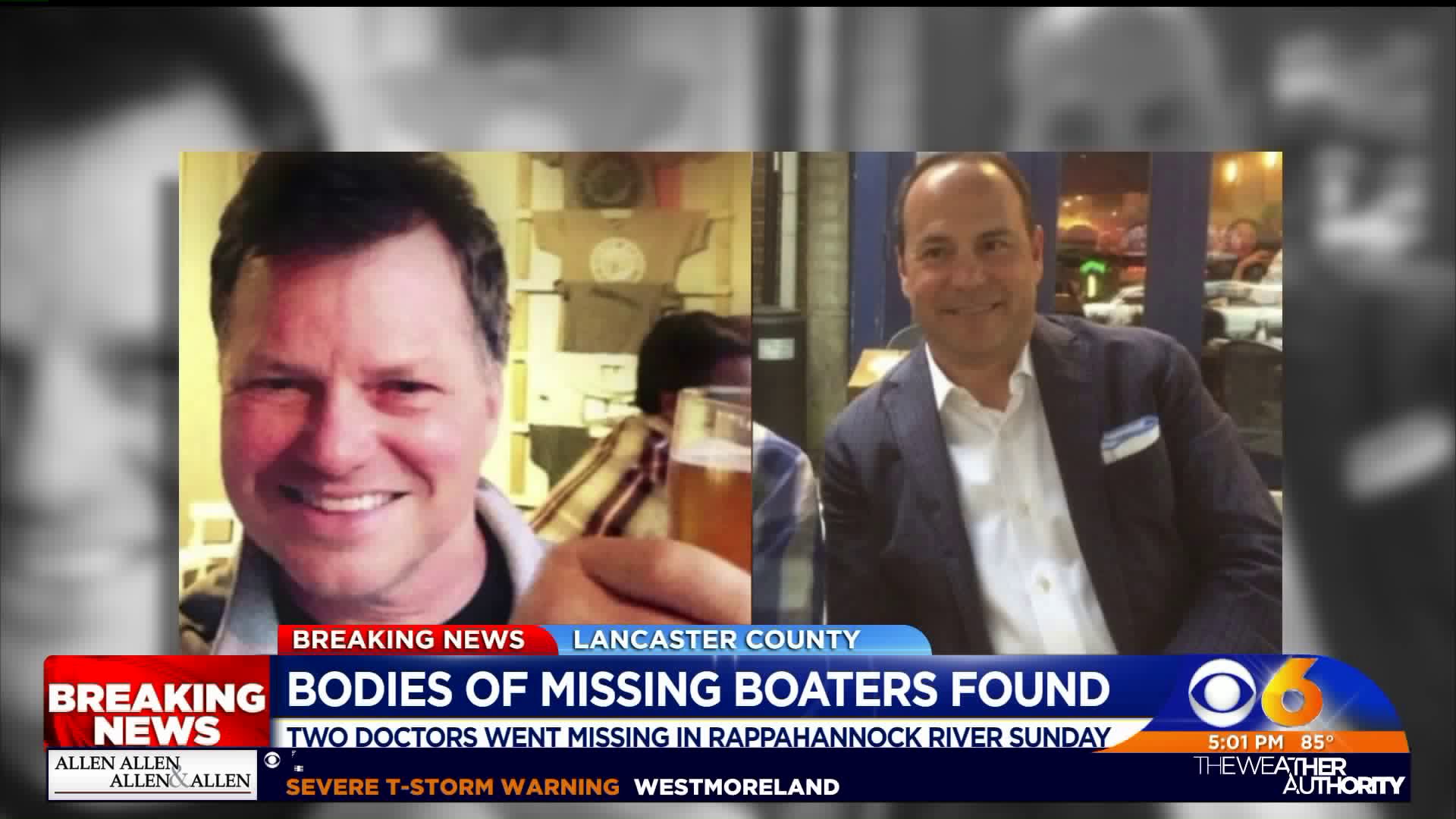 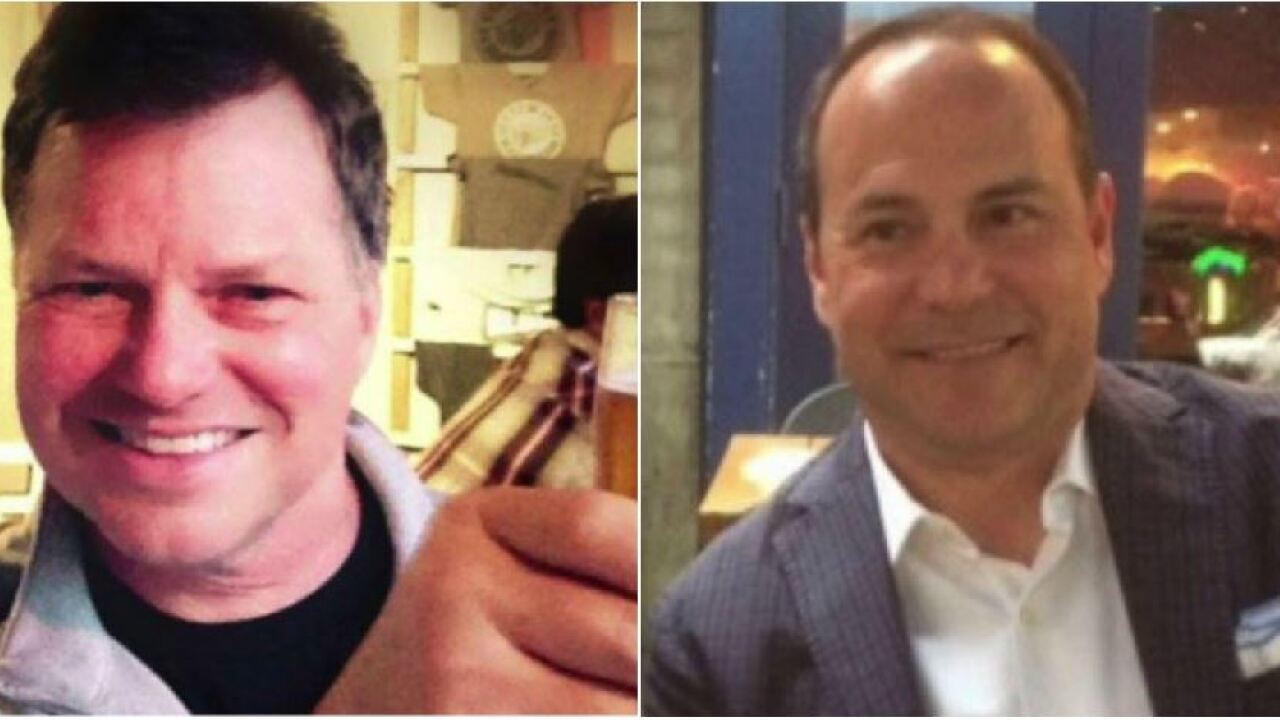 LANCASTER COUNTY, Va. -- The bodies of boaters Mark Ringenberg and Stephen Perkins, both 59, were recovered Thursday near Mosquito Point along the Rappahannock River, according to the U.S. Coast Guard.

The men were reported missing Sunday evening after their empty 15-foot Boston Whaler was found washed ashore. The men departed from Weems, Virginia earlier that day.

The boat keys were still in the ignition, shoes were on the deck, and cold drinks in a cooler, WTKR reported.

Perkins served as medical staff president at Bon Secours Rappahannock General Hospital from 2017 to 2018, according to Jenna Green with Bon Secours Mercy Health.

Perkins retired at the end of February, Green said.

"The Bon Secours community is saddened by the recent news, and extends its deepest sympathy to Dr. Perkins’ family and friends," Green said. " We pray that they feel surrounded by love and support at this time and always."

Ringenberg owned a Missouri-based marketing firm, according to his social media accounts.