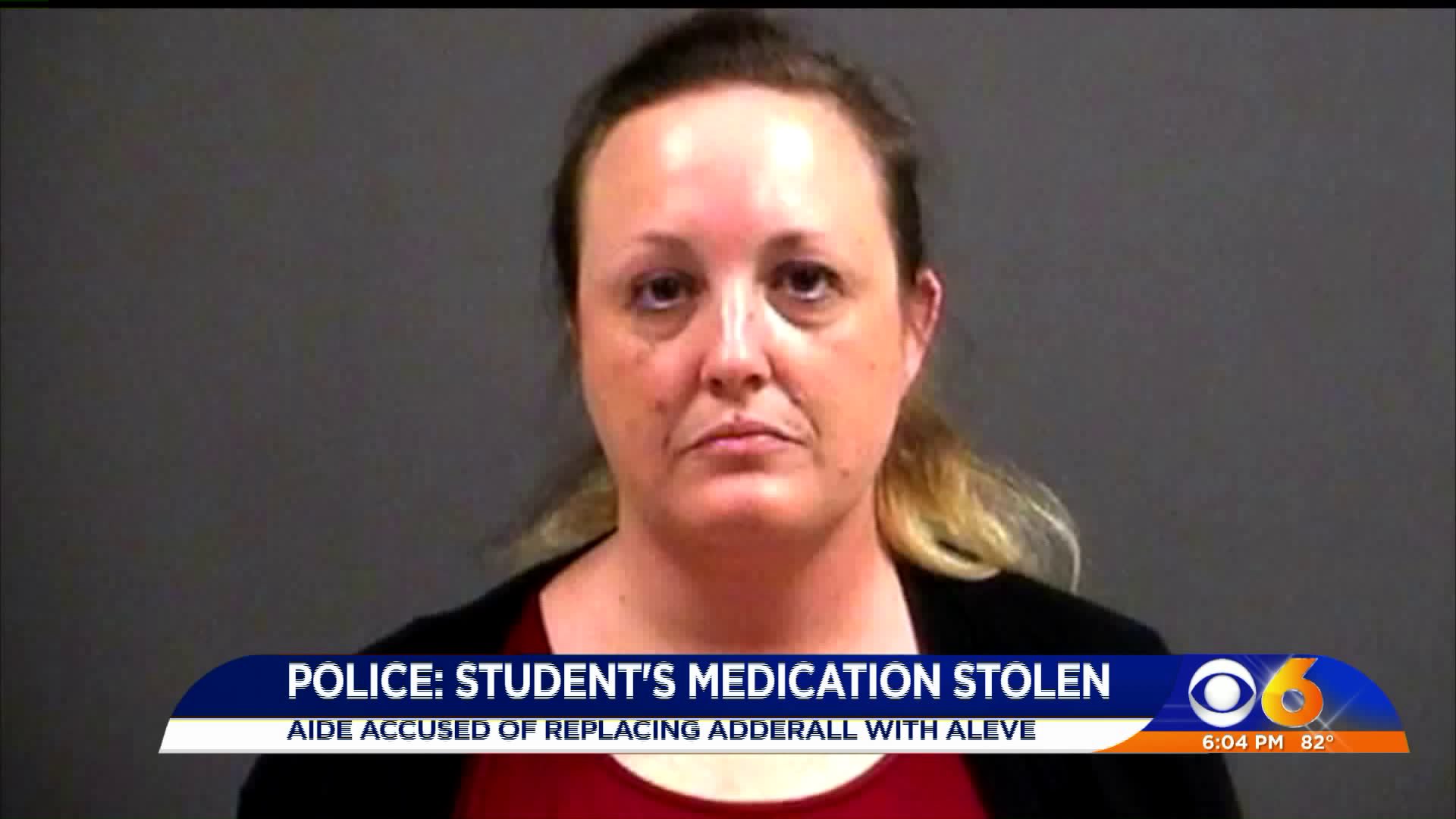 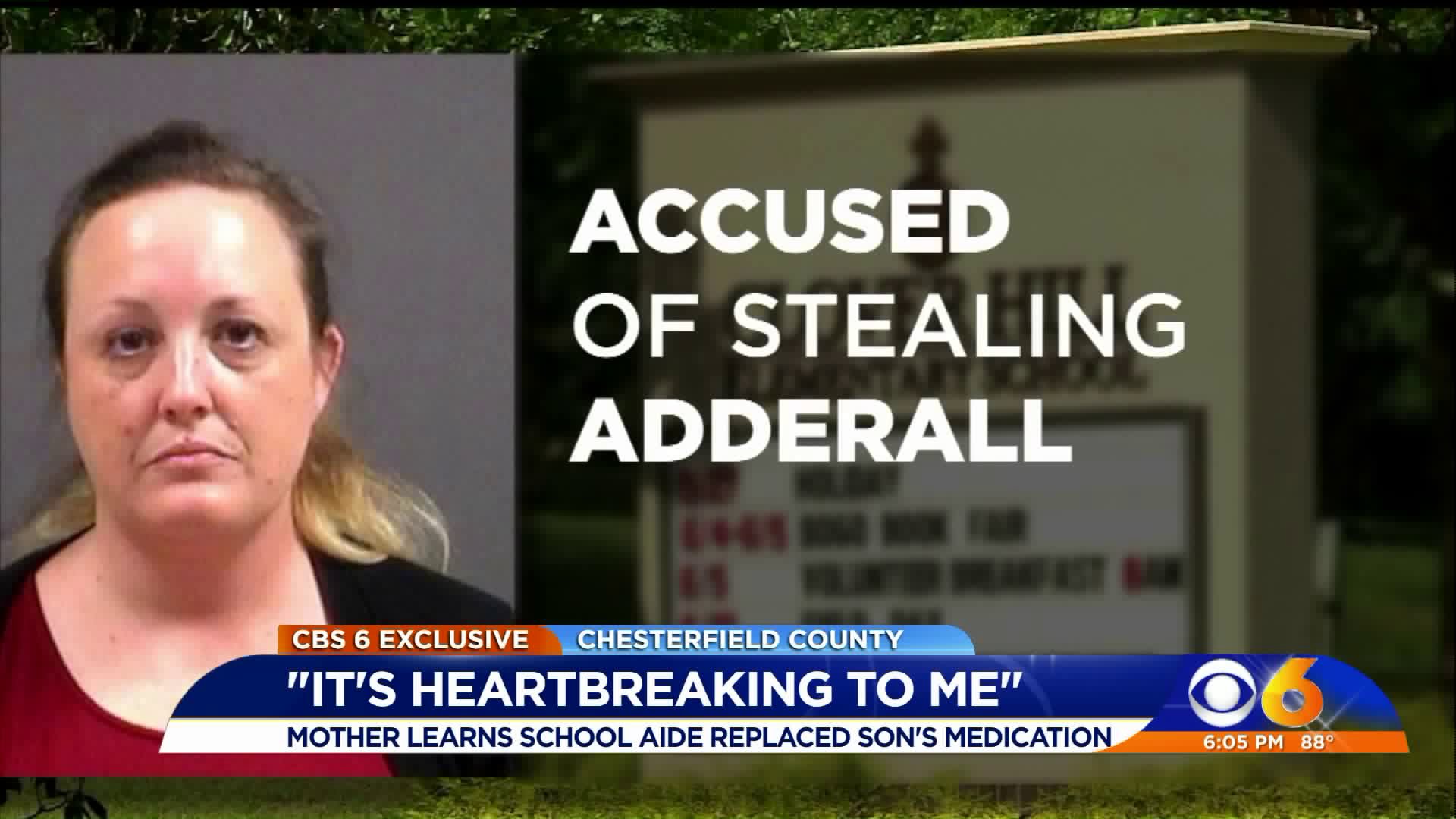 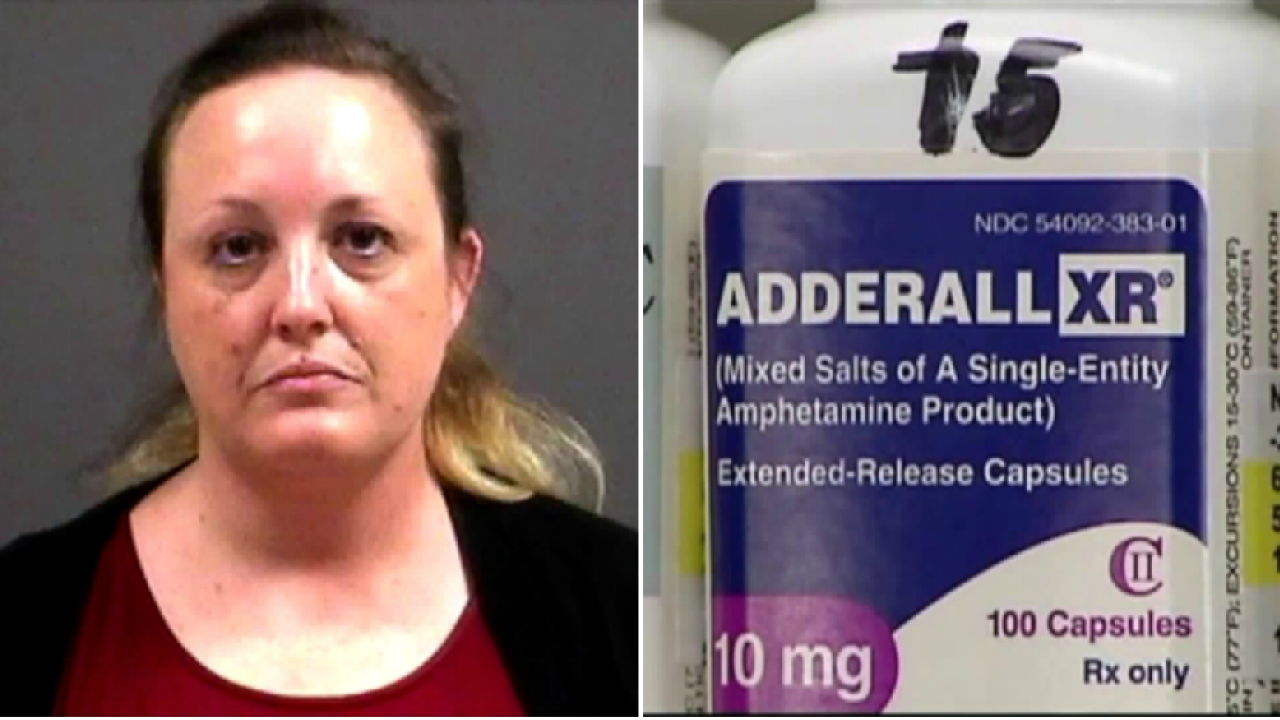 Chesterfield Police said they received a call from a parent of a Clover Hill Elementary School student who reported that her child's medication had been stolen at school on May 21.

"Upon further investigation, it was discovered that Caitlin Poytress, while a clinic aide at the school, had been stealing Adderall prescribed to students and replacing it with over-the-counter medication," a police spokesperson stated.

A Clover Hill Elementary parent, who wanted to remain anonymous, believed her son was given half of an adult dose of Benadryl at lunchtime for weeks instead of his Adderall prescription.

"I'm still stunned obviously. It makes me furious someone would steal someone's prescription and drug [my son] with a dose of Benadryl that he would take only with an extreme allergy attack," the mother explained.

The parent, who went to the school to inspect her son's medication on Tuesday, said he would get off the bus extremely groggy, dehydrated, and "out-of-it."

Police said Poytress allegedly replaced other ADHD medications with Clonazepam, which is often prescribed to treat seizures, and Narpoxen, better known as Aleve.

CBS 6 obtained a notice of informal conference and statement of allegations from the Virginia Board of Nursing against Caitlin Colleen Poytress, R.N. filed on May 17, 2019.

The Board alleged that Poytress, while employed at Henrico Doctors Hospital in or about October 2017, "withdrew narcotic medication at a rate significantly higher than her co-workers, failed to administer or return this medication, and then documented its waste many hours after its initial withdrawal."

Poytress also tested positive for morphine and hydromorphone on a drug screening on or about November 13, 2017, according to the allegations.

The drug screen was administered after the October incident, the Board said.

The document stated Poytress "did not have a prescription for either medication and stated that she had taken a friend's prescription."

The Board showed that the nurse was "unsafe to practice professional nursing due to substance abuse and/or mental and/or physical illness."

Poytress was scheduled to appear before the Board of Nursing on June 18. CBS 6 is still working to independently confirm this is the same woman arrested by police on Tuesday.

A spokesperson for HCA Healthcare, which operates Henrico Doctors Hospital, would only confirm Poytress is no longer employed with the facility.

When asked about the latest allegations against Poytress, a Chesterfield School spokesperson referred to their Wednesday statement:

“The safety and security of our students and staff is a top priority. These are very serious charges and the clinic aide will not be returning to our schools. The school division is working with Chesterfield Police on their investigation, and we continue to be in direct contact with the families of students who are involved."

Poytress was booked at the Chesterfield County Jail, but bonded out on Wednesday afternoon. No one answered the door at her Chester residence.