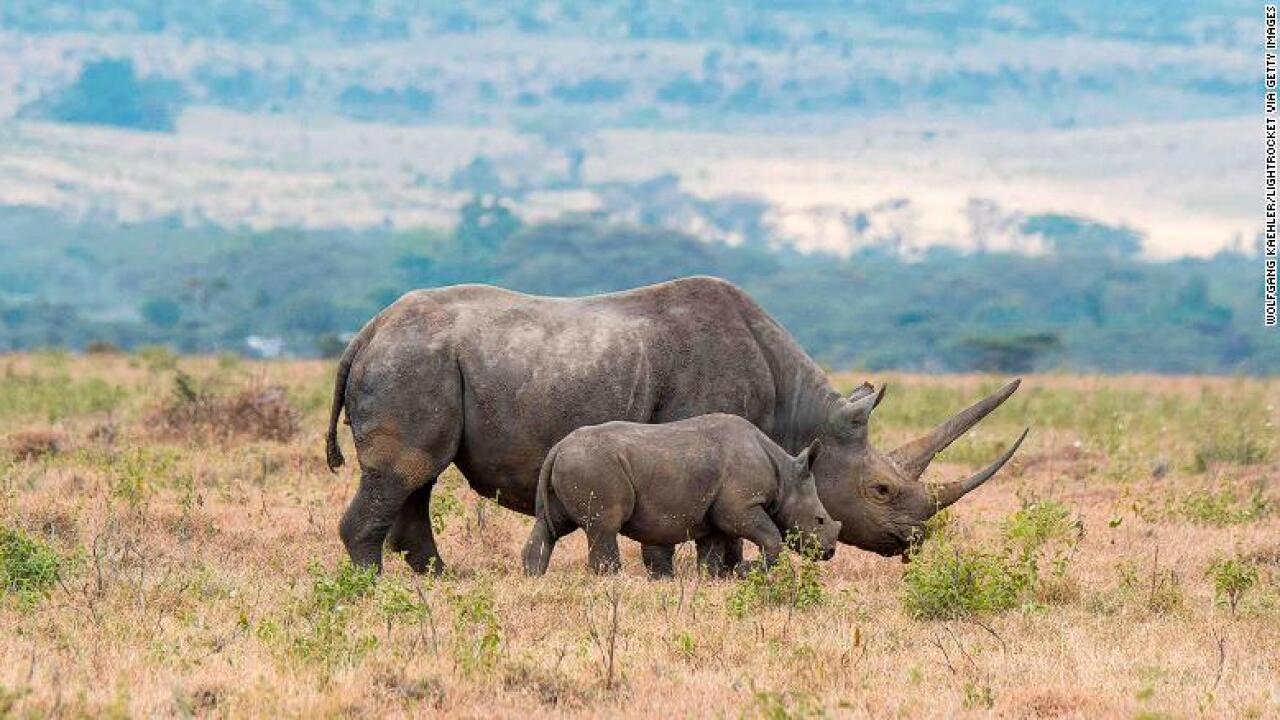 Scientists say black rhinos will be among the large species that will eventually go extinct.

Scientists say black rhinos will be among the large species that will eventually go extinct.

Birds and mammals will shrink in average size over the next 100 years, with the body mass of the latter falling by a quarter, according to a new study.

The overall body mass of the mammal population has fallen 14% in the last 130,000 years, but research suggests this trend will accelerate massively in the years ahead, according to scientists from the University of Southampton.

Lead study author Rob Cooke explained that human destruction of habitats, hunting, intensive farming, urbanization and global warming are all to blame, and there could be worrying consequences.

“The substantial ‘downsizing’ of species which we forecast could incur further negative impacts for the long-term sustainability of ecology and evolution,” Cooke said in a statement.

“This downsizing may be happening due to the effects of ecological change but, ironically, with the loss of species which perform unique functions within our global ecosystem, it could also end up as a driver of change too.”

Human pressures have already filtered out many sensitive species, and many more larger varieties of birds and mammals are expected to go extinct in the next 100 years.

This brutal creature is wiping out everything besides itself

These bigger animals, such as the tawny eagle and black rhinoceros, will die out as they are less adaptable and require specialized living conditions, according to the research. Smaller, more adaptable creatures will flourish.

This includes rodents like the dwarf gerbil and songbirds such as the white-browed sparrow-weaver, according to the researchers.

The study did not address whether individual species will shrink in size, but rather the average body mass of the world’s wildlife as a whole.

These changes could affect the functioning of our ecosystems in ways that we do not fully understand, say researchers.

And even as certain species are favored by changing conditions, they could become more vulnerable to specific threats.

The researchers say that insect-eating animals will thrive in the future, for example, but they would also be threatened by changes to habitats or the availability of insects.

“We have demonstrated that the projected loss of mammals and birds will not be ecologically random — rather a selective process where certain creatures will be filtered out, depending on their traits and vulnerability to ecological change,” said Felix Eigenbrod, of the University of Southampton.

The full research findings are published in the journal Nature Communications.

A wide-ranging international study published earlier in May suggests one million of the planet’s 8 million species are threatened with extinction by humans.

The Intergovernmental Science-Policy Platform on Biodiversity and Ecosystem Services (IPBES) report was written by 145 experts from 50 countries, and has been described as the most comprehensive assessment of global nature loss ever.

That landmark report paints a bleak picture of a planet ravaged by an ever-growing human population, whose insatiable consumption is destroying the natural world.